Makeup brand Ofra is getting a makeover.

The nearly 25-year-old beauty business is readying to unveil new packaging and a new logo that is meant to better reflect the quality of its products, according to Ayelet Faerman, Ofra’s operational director and general counsel.

“It’s going to elevate us,” Faerman said. “Our market and our demographic, they want something more approachable, more everyday fun and savvy.”

The new packaging is minimalistic, white with upgraded features like magnetic closures, while the old packaging was black and was introduced before the brand was sold at traditional retailers. Ofra has been sold on ulta.com for about a year, and is also sold at Nordstrom Rack, urbanoutfitters.com, HSN and on its own web site. 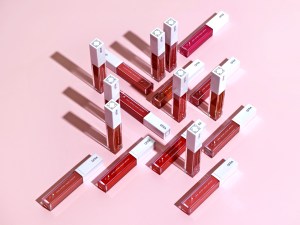 Ofra’s retail expansion — the brand has nine highlighting and lip stockkeeping units hitting 415 Ulta Beauty shelves on June 24 — is what prompted the business to change its packaging. Retailing is new to the brand, which historically focused on private-label manufacturing and selling kits to beauty schools, which aren’t focused on packaging, Faerman noted.

The idea with the new branding is to make Ofra “look nicer on the shelf,” Faerman said, and to “make it something people want to pick up.”

To kick off the re-brand, Ofra is hosting a party for its influencer family at the Pérez Museum of Art in Miami on June 27. Guests will include NikkieTutorials, Manny Mua, Kathleen Lights and other beauty influencers.

Ofra’s formulations will not change as part of the re-brand, but the business is discontinuing a few products and relaunching them in the coming months with improved formulas. “To the consumer, they’ll feel like new product launches,” Faerman said. 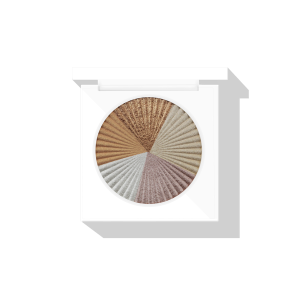 While those collaborations generate a substantial amount of sales at launch, Ofra’s best-selling product is its Rodeo Drive Highlighter, $35, according to Faerman. “The influencer collaborations helped give us the authority,” she noted.

Ofra, estimated to be doing between $15 million and $20 million in net sales by industry sources, is still family owned. The business is expected to double for 2018.

Later this year, the brand will release a collaboration with Francesca Tolot, a makeup artist who has worked with celebrity clients like Beyoncé and Cindy Crawford. The collection is still being worked on, and a release date has not yet been set. Ofra is also planning on working with “influencers outside of the beauty space” in 2019, Faerman noted.

Faerman is the daughter of founder Ofra Gaito, who still runs the business with husband David. The business was started in 1994 in Australia before moving to the U.S. market, where it operates the brand and its manufacturing facilities in Florida.