The ck Calvin Klein color cosmetics line is expanding its North American distribution with a debut on sephora.com planned for January. 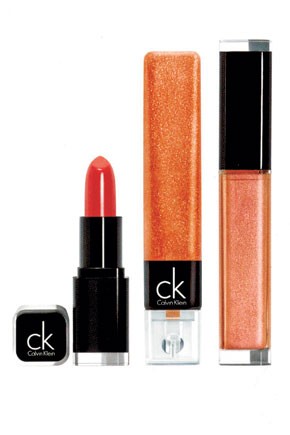 The ck Calvin Klein color cosmetics line is expanding its North American distribution with a debut on sephora.com planned for January.

Expansion into the perfumery chain’s retail stores is expected to follow in the spring, and a department store rollout is being planned for the fall, coinciding with a major Calvin Klein fashion event at Macy’s in September, according to Tom Murry, president and chief operating officer of Calvin Klein Inc., a subsidiary of Phillips-Van Heusen Corp.

The ck Calvin Klein beauty line, developed under license with Markwins Holding Company Ltd., was launched initially last fall and has already developed a foothold in a number of markets. The line is carried in 1,700 doors in Italy, 95 in France including Marionnaud perfumeries and Galeries Lafayette department store, seven Holt Renfrew stores in Canada plus outlets in Hong Kong, Taiwan and Puerto Rico.

Murry noted that the line is now carried in 13 Macy’s doors and 14 Dillard’s units. In addition to appearing on sephora.com, the line will enter Japan in January. While the U.S. distribution is slight at the moment, Murry said he is gratified by the initial results from overseas. “In Europe and Asia, the line is selling extremely well,” he said, adding that “by the end of 2008, we will be in virtually every country that we are now doing ck business with.”

Referring to Klein’s previous encounter with the color category, when Unilever had the beauty license, Murry noted, “We were in the business before and it didn’t work particularly well. We have learned from those mistakes. We’ve come out of the box strongly as a result. One reason we staged the rollout was to make sure we had it right.”

When asked how large he expects the business to eventually become, he said that when it matures it could amount to “a multimillion-dollar wholesale business.”

The positioning of the color line is aligned with the fashion image of the ck brand and it is aimed squarely at the youthful fashion customer. Executives noted that the accent color for spring is fuchsia, explaining that it was meant to go a step beyond the prevalence of red.

Lip glosses are sparkled and flavored and come in three models. There’s a plumping version and also a more sheer wash that includes treatment properties. “It’s more like a colored lip balm that’s meant to moisturize the lips,” Carrigan said. There are single- and double-shade eyebrow kits, complete with a tweezer and brush. Marc Carrasquillo, global makeup artist of ck Calvin Klein Beauty, said the two shade variations were included to allow women to mix the right combination to match their hair color.

Foundation shades number 25, once all the regional assortments are combined, with 12 to 15 marketed for the U.S.

Carrigan maintains that there has been a return to glamour with women wanting to achieve a look. “We haven’t seen women wear makeup like this since the Eighties,” he said.

Carrasquillo said the foundation formulas were designed to be mixed to achieve the desired look. “It’s easy to use because it gives a velvety finish,” he said, noting that the creamy texture dries down to the feel and look of skin.

The range, with packaging designed by Fabien Baron, runs the gamut, including over 200 stockkeeping units, and the prices have been kept affordable. Price points run from $10 to $47 with $22 as the average. Lip glosses are priced $13 and $16 and lipsticks carry a suggested price of $18.

PARIS — Beauty brands here are starting to connect with young consumers via their iPhones.

Cosmetics companies, including Parfums Christian Dior, L’Oréal Paris and Jean Paul Gaultier Parfums, aim to tap into the excitement surrounding the launch of Apple’s iPhone, which bowed in France in November. They’ve created mini sites available only to iPhone users or tweaked their existing Web pages to make them easier to navigate using the phone’s touch-screen technology. By specifically targeting iPhones, which incorporate telephone, iPod and Internet functions, brands aim to communicate with key consumers.

“It is about engaging further with a young audience by having a device that’s really popular with trendsetters,” said Taline Mouradian, head of strategic planning at digital strategies agency Nurun, which adapted L’Oréal Paris’ site for the iPhone.

IPhones can be an interesting new medium to target consumers, especially with products geared to men, according to executives. (A study by consulting firm Solutions Research Group in June, for instance, reported 72 percent of Americans “definitely interested” by the iPhone were male, and their average age was 31.)

Plus, the iPhone’s reach is growing at a steady clip — some 1.4 million devices have been sold worldwide since it was first introduced in the U.S. in June.

To promote its Fleur du Male men’s scent, starting this month, Jean Paul Gaultier Parfums began offering iPhone users exclusive access to a concert recorded by the French folk band Hey Hey My My. By connecting to iphonefleurdumale.com, fans can watch the all-male band perform and they can download screens and ring tones for their phones, including one created specifically for Fleur du Male.

Beauté Prestige International, Jean Paul Gaultier’s beauty licensee, said it wanted to capitalize on the introduction of a revolutionary communication tool to reach a young and masculine target group in line with Fleur du Male and other Gaultier beauty product aficionados.

Meanwhile, L’Oréal Paris’ site, iphone.lorealparis.com, was adapted for touch screen use with larger than traditional links and content cherry-picked for cell phones, according to Nurun executives.

“We chose to take only what was relevant for mobile use from the [brand’s] global Web site,” said Laure Garboua, associate director of Nurun.

Features include a step-by-step hair-color video, which is practical to watch on a portable device, since users tend to dye their hair in the bathroom rather than next to a computer, Garboua explained.

For its part, Dior created midnight-poison.com, a mini site for its latest women’s scent, Midnight Poison.