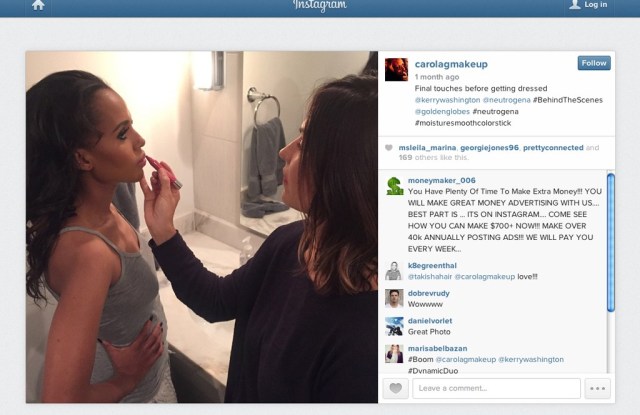 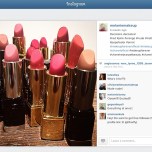 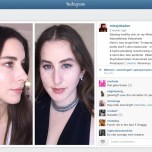 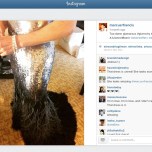 Being social media savvy can mean big business for celebrity hair and makeup artists adept at using Instagram, Twitter and other platforms during red-carpet season.

Carola Gonzalez, the makeup artist who worked with Kerry Washington for the Golden Globes, nabbed “likes” on pictures she posted to Instagram the day of the awards show, not because a major trend was born but because she offered exclusive content.

“I did a lot of behind-the-scenes. I did the group picture. I took pictures of the makeup that I used, the supplies that I used,” said Gonzalez, who has about 3,000 Instagram followers. “At the end of the day, the red-carpet look, people love it, but it’s about what they can get behind the scenes. They want to feel like they’re part of it, like they’re part of the pack and they want to see what goes on behind closed doors.”

That reality has pushed up the starting point for when the awards actually start, said Sara Wilson, strategic partner manager of fashion and lifestyle for Instagram.

“It used to be that awards shows didn’t start until the red-carpet preshow,” Wilson said. “That’s a thing of the past. Now fans are watching the whole experience come together piece by piece on Instagram.”

Gonzalez, who uses mainly Instagram and Twitter, said the channels have proved useful for building fan bases that become attractive audiences for companies.

“Usually for awards season [companies] come to you and they partner with you so that you promote them,” Gonzalez said. “Sometimes it can work out; it all depends on who you’re working with at the time.…When actresses have contracts with makeup companies, it’s limiting the makeup artist sometimes to [be able to] partner with other companies.”

Washington’s deal with Neutrogena meant Gonzalez worked with the brand to showcase product used to get the actress ready for the Globes, along with how-to’s and videos.

But it goes both ways and helps when clients are just as skilled at using social media, said makeup artist Melanie Inglessis, who has nearly 27,000 Instagram followers. She counts Rosamund Pike, Olivia Wilde and Kate Hudson among her clients.

“I have a client that is followed by other celebrities, and so sometimes I post something about that client and she posts something about me,” she said. “I actually get jobs just from Instagram. It happens more and more.”

It’s not just the brands reaching out to the artists, either.

“Being on Instagram or Twitter, it allows people to get to know you as a person,” said makeup artist Jo Baker, whose clients include Emmy Rossum and Haim. “It’s enabled me to reach out to clients and let them know that I’m a fan without sending an e-mail.”

Social media has led to deals with skin-care, makeup and accessories companies for Baker, who has some 54,000 Instagram followers. She declined to discuss those deals in detail.

“There’s a massive amount of talent out there, waiting to be seen and discovered,” said hairstylist Marcus Francis, who has roughly 9,000 followers on Instagram. “Before we thought of ‘unknowns’ [as] being not as skilled. But through Instagram, we have seen so many different walks of life speak to us. If you don’t have a celebrity affiliation, it would take more time to get seen, but one’s brand can be built because, as we know, it only takes one post to attract the right attention.”

Social media and the Web have not only made it easier for relative unknowns to break into the business but also democratized trends, some artists say.

“More and more than ever, fashion and celebrity have collided so I think while, before, celebrity makeup artists and fashion artists were different, now people are paying attention to both,” Inglessis said.

There’s some room for experimentation, but at the end of the day, beautiful skin and a sheer lip go a long way on the red carpet, she said.

Plus, added Baker, easier access to stars means fans are following their favorite celebrities’ style and not necessarily chasing a runway trend.

“I don’t really feel there’s a specific trend for red carpet. Depending on dress and mood and outfit, people want more or less personality,” Baker said. “It really comes down to who are the people we’re looking at for Oscars. It’s the people who you’re looking at and how they like to appear.”