The two-story flagship in SoHo will be the San Francisco-based brand's first unit in the city. 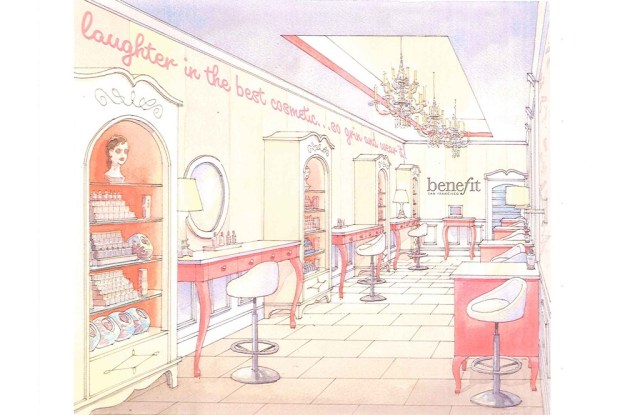 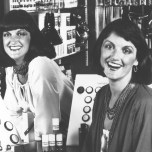 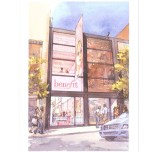 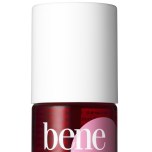 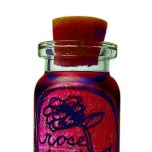 Benefit Cosmetics plans to bring a piece of San Francisco to SoHo in September.

Located at 454 West Broadway between Prince and Houston Streets, a 2,000-square-foot, two-story boutique is intended to serve as the brand’s flagship and will open Sept. 15, said Aurelian Lis, general manager of North America for Benefit Cosmetics.

It will be the third East Coast boutique for the brand, which operates 30 freestanding boutiques, 14 of which are located in the U.S. At present, they are concentrated in California and Illinois: five are located in the San Francisco Bay Area, two in Los Angeles and five in the Chicago area. Existing East Coast doors are in New Canaan, Conn., and Rye, N.Y., with two additional doors — in Greenwich and Westport, Conn. — also set to open this fall. International locations include 12 stores in the U.K., two in Hong Kong, one in China and one in Australia.

“We’re rooted in San Francisco, but with this move, we’re planning to bring a little bit of the West Coast to New York City,” Lis said. “Our boutiques are the truest way to experience our brand — which is about laughter and fun, a duality of bold and girly, and fake-it instant beauty solutions.”

The size of the location, which includes office space, is deliberate, said Lis: “We don’t need ballrooms,” he said, noting that the SoHo store’s size is on a par with other Benefit boutiques. “We want people to come in here and feel comfortable.”

The planned decor sports the brand’s girly-yet-cheeky positioning. Products — among them, They’re Real (a new $22 mascara which volumizes and lengthens lashes) and Take a Picture, It Lasts Longer (a glimmering body balm, $28) — refuse to take themselves too seriously, and will spill from pale pink armoires. Interiors of the store will be done in rosy pink, accented with crystal chandeliers, cabriolet leg sleek tables and padded makeup stools, noted Lisa Edwards, vice president of Benefit boutiques. Lacquered wainscoting will complement hand-painted wallpaper in pink, white and black and tiled floors. “It’s modern with a bow to the past,” said Edwards.

The store’s service menu, crafted specifically for the SoHo store, will include not only brow shaping, but also facial and body waxing (ranging from $6 for a brow trim to $96 for a full leg and extended bikini waxing combo), brow and lash tinting, tanning, brow threading and makeup application lessons.

One centerpiece of the displays will be the original bottle of Benetint — back then, called Rose Tint — which launched Benefit’s product lineup in 1977. While it’s now used as a lip and cheek stain, the item was originally concocted at the request of an exotic dancer who wanted to use it to color her nipples. The brand reportedly sells more than 500,000 bottles of the $29 product each year.

While Lis declined comment on the SoHo store’s projected revenues, industry sources estimated that the store could generate sales of about $3 million in its first year of operation.

Benefit founders Jean and Jane Ford opened their first boutique in San Francisco’s Mission District in 1976, as a small store called The Face Place. In the Eighties, the business moved to Kearny Street in downtown San Francisco. The Fords developed a catalogue and began to focus on department store distribution for their products, and renamed the Face Place Benefit Cosmetics in 1990. Henri Bendel became the brand’s first retailer in 1991, and after expanding throughout the U.S., the brand opened its first international door in 1997, at Harrods in London. LVMH Moët Hennessy Louis Vuitton acquired a majority stake in the brand in September 1999.

The brand’s first Brow Bar — a department store installation devoted to brow shaping — opened in 2003 at Macy’s Union Square in San Francisco; the company now operates more than 400 Brow Bars in department stores and Ulta locations throughout the U.S.

The brand is in about 2,000 doors globally. Roughly 900 of those doors are in North America, another 900 are in Europe and the remainder, about 200 doors, are in Asia.

Lis declined to discuss sales figures for the company, although industry sources estimated that the brand did about $500 million in retail sales globally in 2010, said to be a 25 percent jump over 2009. The company was said to have grown about 20 percent in North America last year, 50 percent in Asia and 15 percent in Europe.