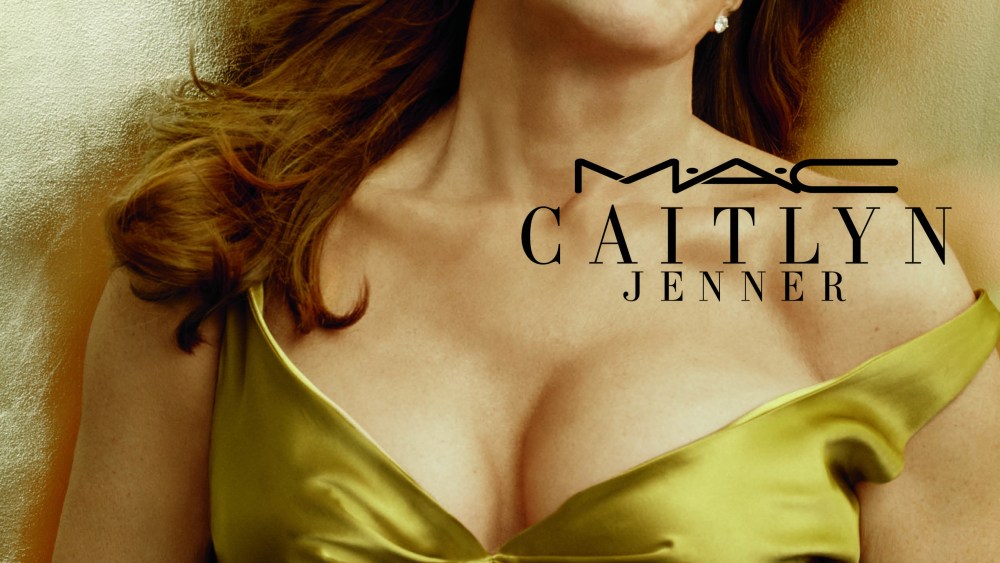 The Jenners are making their mark on the beauty space — and quickly stealing the Kardashians’ spotlight in the sector.

Not to be outdone by daughter Kylie Jenner, who on Monday night teased an image of her new Royal Beach eye shadow palette to her 82.5 million Instagram followers, Caitlyn Jenner is gearing up to release a makeup collection of her own, MAC Caitlyn Jenner. The eight-piece makeup line will hit MAC counters and maccosmetics.com on Thursday with the dedicated hashtag #MACCaitlynJenner.

This is the second time Caitlyn Jenner has partnered with MAC Cosmetics. Last year she collaborated with MAC Viva Glam on the lipstick shade Finally Free, where $1.3 million in proceeds went toward the MAC AIDS Fund Transgender Initiative. This time, though, Jenner teamed with the The Estée Lauder Cos. Inc.-owned brand to do something a little more commercial.

The 15 stockkeeping unit range is comprised of two lipsticks, $17 each; two lip pencils, $17.50 each; three shades of Cremesheen Glass, $21 each; three eye shadows, $16 each; eyeliner, $17; a set of false lashes, $17; Mineralize Skinfinish, $33; a blush duo palette, $29, and an additional lipstick shade to be sold exclusively online at maccosmetics.com for $17.

A MAC spokeswoman said Jenner would not be doing interviews at this time.

“It’s a diversity play and [is in line with] the long-standing brand position of All Ages, All Races and All Sexes,” the source continued. “It’s part of conversation. There will be people who love and people who won’t love it. It will definitely be a little controversial.”

In October, MAC launched its MAC Selena collection, which sold out online in five hours. The range was restocked at the end of the December. In November, Mariah Carey for MAC debuted and sold out within 24 hours, and as of right now, there are no plans to restock it.

The launch of the Caitlyn Jenner line comes as MAC is battling headwinds in its core U.S. market due to lower foot traffic in midtier department stores and fewer shoppers in major cities where the makeup brand has freestanding stores, such as New York and Florida. In November, Estée Lauder chief executive officer Fabrizio Freda said to turn around the brand, the group would focus on product innovation, better services, new collections and a stepped-up social media presence — and the Jenner collection clearly ticks at least two of those boxes with her 8.3 million Instagram followers.