A fragrant whiff of French flair will infiltrate Selfridges today when Chanel unveils a state-of-the-art fragrance boutique there. 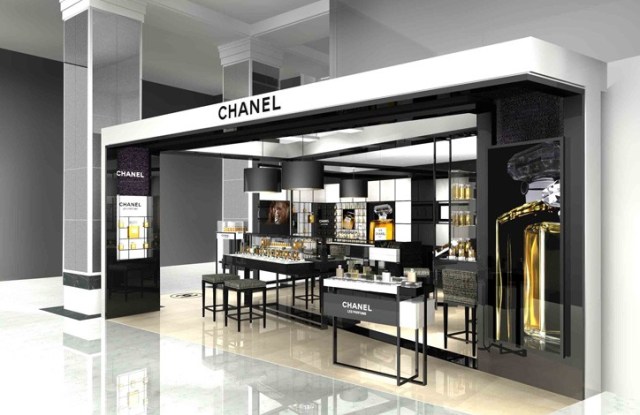 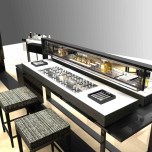 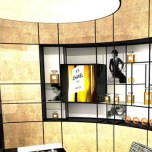 LONDON — A fragrant whiff of French flair will infiltrate Selfridges today when Chanel unveils a state-of-the-art fragrance boutique there.

The 646-square-foot space features an olfactive bar complete with ceramic fragrance blotters and an illuminated manuscript, controlled by a motion sensor, which retraces the brand’s heritage. Customers will be invited to partake in one-on-one fragrance consultations in the space, which is located inside the store’s main Oxford Street entrance here. Chanel will introduce a new makeup counter concept in the store next month.

The openings are part of a revamp of Selfridges’ beauty floor, which is seeing brands introduce their most cutting-edge counter designs there. Shu Uemura, for instance, recently opened a lash bar in the store.

And, despite the Great British summer proving to be not so great and the economic outlook remaining cloudy, Selfridges shoppers are apparently still in the mood to spend. The retailer has seen a double-digit spike in fragrance sales over the past three to four weeks, thanks to Middle Eastern customers picking up presents for the gifting period, which begins after Ramadan.

“Our Middle Eastern customers always spend in the beauty hall at this time of the year,” stated David Walker-Smith, beauty and men’s wear director at Selfridges. “However, this August we have noticed a record amount of fragrance sales, which has resulted in an excessive amount of wrapping. Many counters have reported that they had their best week ever as a result.”

One customer snapped up almost 90 bottles of the Boadicea the Victorious scent, with each one weighing in at 125 pounds, or $207 at current exchange.

The store has Arabic-speaking staff on hand at counters including Bobbi Brown and Tom Ford, while secluded areas are available for women wearing hijabs to test makeup and skin care products. In addition, store opening hours were extended in July and August to cater to Middle Eastern and Asian shopping preferences, tax free shopping services have been amped up and customers with chauffeur-driven cars are offered free parking.