Chanel aims to seduce consumers back into the habit of using lipstick — with a new Rouge Coco Hydrating Creme Lip Colour line and the face of Vanessa Paradis. 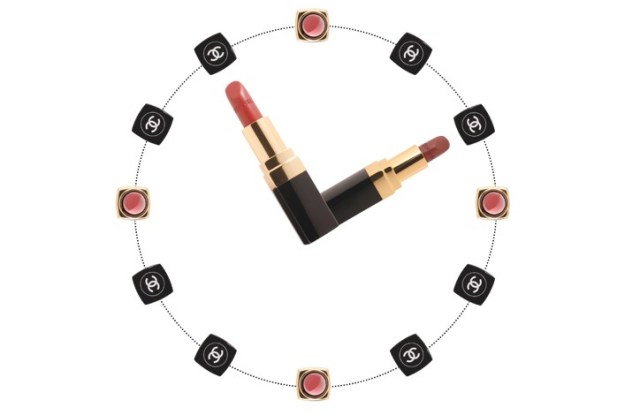 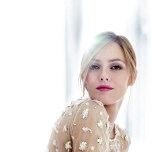 Chanel executives believe now is the right time to seduce consumers back into the habit of using lipstick — and are placing the company’s lip color bets with a new long-lasting and hydrating collection called Rouge Coco Hydrating Creme Lip Colour.

“Women seem to have forgotten how to apply lipstick,” lamented Peter Philips, Chanel’s global creative director for makeup. “We have a whole generation of lip-gloss girls. Now, there’s absolutely nothing wrong with lip gloss — but there is something so feminine about the act of applying lipstick. I want to make lipstick as easy to apply as lip gloss, and for a long-lasting formula to feel comfortable on the lips.”

Rouge Coco, which will launch in March, is intended to become one of the brand’s lipstick pillars and will replace the existing Hydrabase line, said Andrea D’Avack, president of Chanel Fragrance & Beauté.

“In the U.S. and Japan, lip gloss is about half of the lip category,” said D’Avack, noting that is not true of the French market. “We think Rouge Coco is a real step forward in terms of customer benefits. It has a comfortable texture and sophisticated yet very wearable shades. We believe it will appeal to a wide variety of consumers.”

“Rouge Coco is one of the most important launches from the House of Chanel in 2010,” said John Galantic, Chanel’s U.S. president. He asserted that the new product will develop into “an iconic new makeup pillar” for Chanel.

Every one of the 30 shades in the line — each $30 — is named for a part of Gabrielle “Coco” Chanel’s life, such as Mademoiselle, a soft pink; Camelia, a deep rose, and Paris, a bright red. The colors are broken down into four color families: Roses-Pinks; Reds-Corals; Violets-Berries, and Neutrals-Browns. Shade selections globally will vary by market, Philips noted. In the U.S., Chanel will offer nine shades in the Roses-Pinks category; eight in the Reds-Corals family; four in the Violets-Berries category, and nine in the Neutrals-Browns category.

An additional seven shades will circulate internationally. “The needs of women globally require this,” said Philips. “We needed more than one beige, more than one pink; in fact, the color range overall is mainly beiges and soft pinks — but skin tones vary from region to region, as do shade preferences.”

While declining to discuss specific ingredients about the formula, D’Avack noted that the line includes Hydratendre Complex, said to soften, soothe and condition lips, as well as boost their ability to hold in moisture.

The lipstick’s case harkens back to Chanel’s history: it is black metal closed with a wide gold ring, replacing the black plastic used most often recently. The brand’s signature interlocking Cs are both on the outside and the inside of the cap, and the Chanel name is carved into each bullet, noted Christine Dagousset, executive vice president of Fragrance and Beauté for Chanel.

In the U.S., Chanel’s color cosmetics are distributed in about 700 department and specialty stores, including Saks Fifth Avenue, Neiman Marcus and Bloomingdale’s. The line will also be available at chanel.com.

French actress Vanessa Paradis — who first appeared in Chanel advertising in 1994 in a campaign for the brand’s Coco fragrance — will be featured in the Rouge Coco advertising, which was shot by Jean-Baptiste Mondino. “Vanessa has been very linked to the house over the years, and she represents a young, sophisticated woman who we also believe will be the consumer for Rouge Coco,” noted D’Avack.

Both print and TV ads have been shot; in the U.S., print advertising will begin in March fashion, beauty and lifestyle magazines. TV has not yet been confirmed for the U.S. market.

While none of the executives would discuss sales figures or advertising spending, industry sources estimated Rouge Coco would do about $13 million at retail in the U.S. in its first 12 months on counter. Industry sources estimated Chanel would spend about $11 million on advertising and promotion in the U.S. during Rouge Coco’s first 12 months on counter.