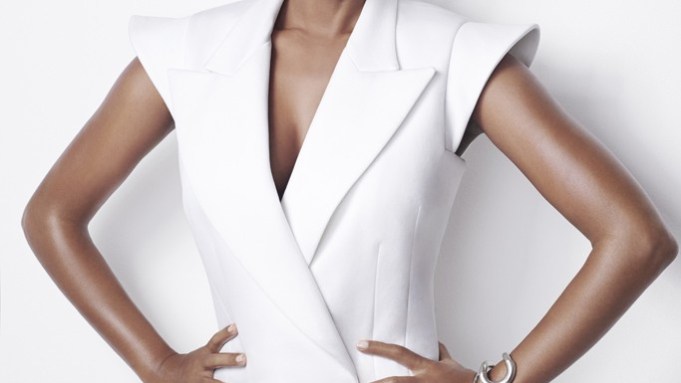 When it comes to celebrities, the concept of beauty often feels superficial, but for Janelle Monáe, beauty is about giving without expectation.

Keeping that mantra in mind, Monáe is hoping to empower women by being a part of Cover Girl’s Girls Can, a campaign launched in February to help young women overcome barriers and break boundaries.

“It’s extremely important to use your platform to change the world around you,” said Monáe. “My role [as a Cover Girl spokeswoman] is to continue to spread the word [of turning ‘can’ts’ into ‘cans’].”

Beauty chains are getting behind the cause, too. In early October, Cover Girl will grow Girls Can through a national retail partnership. A variety of food, drug and mass-market retailers will promote the program via specially marked Girls Can mascaras. The sales will benefit a number of charities, including Girls Who Code, an organization to which Girls Can committed $500,000 to help bridge the opportunity gap for girls in technology. Additionally, Cover Girl consumers can expect TV advertising, digital and social-media content supporting Girls Who Code, also starting in October.

Further, Girls Can dedicated $200,000 to the Soledad O’Brien + Brad Raymond Starfish Foundation. O’Brien will create an online content series documenting powerful Girls Can stories, beginning in October. The sequence is an ongoing effort and will include women such as Katy Perry, Pink, Becky G and Monáe.

“Our mission is to change the conversation,” said Esi Eggleston Bracey, vice president and general manager at Cover Girl Cosmetics. “We all have success stories, and we want to break down any areas that need to be broken through.”

Monáe recalled two “can” stories. The first was when she created her recording label, Wondaland Arts Society.

“Being an independent artist and transitioning into the music industry, there were a lot of things that tried to marginalize me as a woman,” she said. “You can’t dress this way or that wouldn’t sell. I said, ‘No. Yes, I can.’ And to this day I’ve been very true to myself.”

Her second story was about growing up in Kansas.

“We were considered poor,” said Monáe. “My environment could have impacted how I saw myself in the world. I am who I am today because a lot of people told me ‘You can.’”

Eggleston Bracey shared her “can” story with WWD, remembering when her mother became an attorney after being a schoolteacher for three years.

She added, “From [my mother’s experience], I never thought there was anything I couldn’t do. Through Cover Girl, I was the first female African-American general manager at Procter & Gamble . It just takes one woman to share her story, and we create a movement.”