The ceo of Johnson Publishing is focused on getting the company back on the growth track. 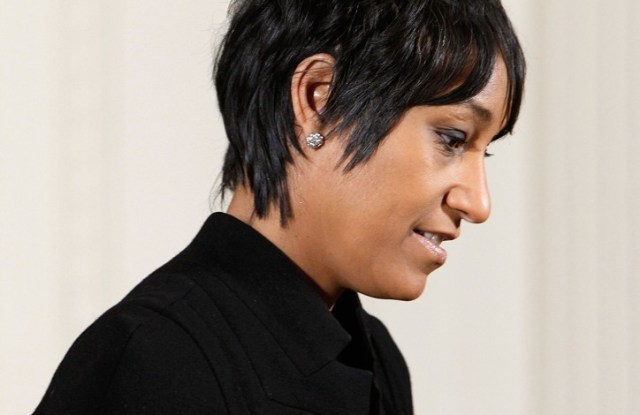 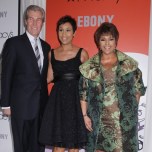 Desirée Rogers isn’t one to look back. Asked if she misses anything about her tenure as White House social secretary, she quickly answers, “Not really. Only my friends.”

Now Rogers is focused on the challenges of turning around Johnson Publishing Co., the magazine and cosmetics firm she joined as chief executive officer last August, following her exit from the Obama administration’s fold in the wake of the infamous Salahi party-crashing brouhaha.

Her new home is the largest African-American-owned publishing company in the world, whose properties include Ebony and Jet, as well as the Fashion Fair Cosmetics line of beauty products. The firm was a trailblazer in both publishing and beauty but now faces stiff challenges because of the difficult advertising climate and increased competition from mainstream companies that also target Johnson Publishing’s core base of African-American consumers.

“The transition has been exciting, exhilarating and exhausting — all my e’s,” said Rogers of her time so far at the company’s helm. “I wake up every morning raring to go, and some nights I don’t sleep because I’m so raring to go. I think today I had maybe three hours of sleep.”

Although her role at Johnson Publishing is lower profile than at the Obama White House — where even before the state dinner debacle she was criticized by some for calling it “the Obama brand” and for her high fashion profile — Rogers still has plenty of things to keep her up at night. Ad pages at Ebony declined 11.3 percent last year, to 527, according to Media Industry Newsletter. Long term, the atrophy is worse: The magazine’s ad pages are now less than half the 1,222 sold in 2006 in those golden days before the economy had a meltdown. At Jet, ad pages decreased 24.7 percent to 437 last year, from 580 in 2009.

Meanwhile, archrival Essence, published by Time Inc., has taken a big lead in advertising. Last year, the title posted a 13.1 percent increase in ad pages, to 1,302.

To combat these issues, one of Rogers’ first moves has been to outsource management of Ebony and Jet circulation to Shain+Oringer, a specialist in the field.

“We do some things really well, and we needed to back off of this and let the experts run circulation,” explained Rogers, who received an M.B.A. from Harvard and previously held top jobs at the Illinois Lottery, and Peoples Gas and North Shore Gas in Chicago. “This is the first time in our history we’ve done that. Sometimes in smaller businesses you can get distracted, and with circulation you cannot be distracted. That is something you have to focus on day in and day out.”

In April, the monthly Ebony will unveil a redesign under editor in chief Amy DuBois Barnett, who joined the title last June from Harper’s Bazaar. “We have to make certain our books are of the highest quality. I think if you look at the books under our new editor, there is a marked difference in what it looks like,” noted Rogers.

The company is currently seeking a new editor in chief for Jet, a newsweekly, to succeed Mira Lowe, who resigned in December but left the company on Jan. 3. The publication’s interim editor is Candi Merriweather.

A revamped digital strategy is also high on Roger’s to-do list, which includes a relaunch and redesign for the Ebony and Jet Web sites, to be completed before this summer. “They need to be modernized and brought up to date,” she emphasized. “I think we can certainly triple the number of people coming to our sites with the right mix.”

Another piece of the puzzle for Rogers is increasing revenue from these refreshed assets. “We have to make certain we have created a product that would include print, digital and sponsorships and partnerships —and package that in a way that potential customers can understand,” she said. “So we are meeting with retailers and other companies. It’s happening, but it’s a process. It doesn’t happen overnight.”

One of the first partnerships spearheaded by Rogers is a promotion with Macy’s for Ebony and Fashion Fair Cosmetics — a private label beauty range operated in-house by the company and sold in more than 1,000 stores. To help celebrate Black History Month, a traveling road show of designer dresses from the Ebony Fashion Fair will adorn Macy’s windows and sales floors in 10 major cities this month. The events honor the late Eunice Johnson, wife and business partner of John Johnson, who founded Johnson Publishing in 1942.

Johnson acquired more than 6,000 designer pieces over the years for the Ebony Fashion Fair, which are archived at the Johnson Publishing headquarters in Chicago.

“She really was a visionary. She wanted to bring fashion to those who didn’t naturally have access to it, from Pierre Cardin to Yves Saint Laurent,” said Terry Lundgren, chairman, president and ceo of Macy’s Inc., at the recent kickoff event for the promotion at Macy’s Herald Square. The party drew Linda Johnson Rice, daughter of Johnson Publishing’s founders and current chairman of the company; Rev. Al Sharpton; Francisco Costa of Calvin Klein, and Stephen Burrows. A small group later convened for dinner at the Fifth Avenue home of art world figures Angela Westwater and David Meitus, including Star Jones, Suzanne de Passe, model Pat Cleveland and CNN’s Alina Cho.

“Desirée is going to wake up this company and move it forward in a very fast and dynamic way,” said Rice, who tapped her for the ceo role after a personal friendship of more than two decades. “I knew she would bring excellence across the board on every level. Everybody here would really have to step up to the plate or step out the door.”

Rogers certainly has stepped up quickly to do everything she can to get Johnson Publishing back on the growth path. At the dinner, the hands-on ceo, in a black brocade Louis Vuitton dress, collected subscription cards from partygoers all evening long and passed them to Rice, who promptly folded them and put them into her evening clutch. Every little bit helps.