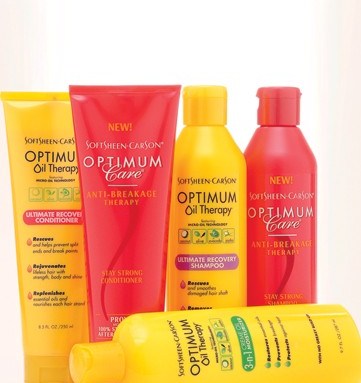 Corporate diversity statements are one thing, but L’Oréal USA’s decision to buy the two leading ethnic hair care companies loudly trumpeted its commitment to men and women of color.

L’Oréal acquired SoftSheen in 1998, and two years later purchased Carson, merging the two companies into an ethnic beauty powerhouse in 2000.

Referring to the formation of SoftSheen-Carson, Angela Guy, general manager of the company, says: “It spoke to the diversity of the world,” noting that, at that time, competitors’ interest in the space began percolating as well, with Procter & Gamble Co. purchasing Johnson Products Co. In late March, P&G sold Johnson Products to RCJP Acquisition Inc.

Over the years, L’Oréal has steadily grown its ethnic beauty division. Folding SoftSheen-Carson into L’Oréal, and then moving headquarters from Chicago to New York in 2004, granted the ethnic division access to the research and development of a global, science-led beauty firm. According to industry sources, SoftSheen-Carson has roughly a 20 percent market share of the $800 million multicultural hair market — and is the industry leader.

The division has a portfolio of 18 brands, including, but not limited to, Dark and Lovely, Optimum Care, Let’s Jam, Sportin’ Waves, Magic and the most recent addition, Roots of Nature, a naturally positioned line that infuses ingredients such as organic green tea and shea butter into its formulas.

When it comes to innovation, SoftSheen-Carson also relies on its six-story, 58,000-squarefoot L’Oréal Institute for Ethnic Hair and Skin Research, which opened its doors at 2101 South Wabash in Chicago in 2003.

“The Institute gives us a certain level of credibility to bring new technology to the market,” says Harold Bryant, Ph.D., assistant vice president of R&D for L’Oréal USA and director of The L’Oréal Institute for Ethnic Hair and Skin Research.

It also showcases L’Oréal’s understanding of ethnic hair and skin care. Inside the sprawling space are various functions, including the product evaluation center, where regularly visiting clients receive hair treatments, often on half of their heads for comparison purposes; the product development team, a group of 12 product development chemists with 150 years of combined experience in developing ethnic hair care, and the advanced research team, which tracks scientific changes. This team includes a consumer scientist, who studies consumers’ grooming habits and practices.

The institute also invites clients to tote their hair products into its “test bathrooms,” where SoftSheen-Carson videotapes the styling process. “We often discover it may be different than what is reported in a survey,” says Bryant, who notes that one of the biggest hair concerns of women is breakage, followed by manageability. The company is funneling technology to solve both issues. And SoftSheen-Carson’s product pipeline is robust: The division introduces an average of three to fi ve products a year, says Guy.

“Innovation is the heartbeat of L’Oréal. Inspiring beauty through innovation is SoftSheen-Carson’s mission,” she says.

SoftSheen-Carson also has continued an ongoing dialogue with retailers about how to cater their mixes to the demographics of their stores. “Retailers need to reflect the surrounding population of the store,” says Guy, noting that areas highly populated by women of color are not well served by 4 feet of blonde hair color. “In a retail environment where 60 percent of the consumer base is ethnic, the store’s [merchandise] should be refl ective of that shopper.”

In her view, that means an ethnic hair care assortment displayed on “beautiful fixturing and great model shots, not a small 3-foot section.” To offer customers a broader assortment, some mass retailers have crammed their small ethnic sets with product, turning the outer carton sideways, making it difficult to shop, says Guy. Such moves are an indication that those retailers need to devote more space to the category, she says.

Having made inroads into mass retailers and drugstores, SoftSheen-Carson is now turning its attention to food and grocery retailers. Guy acknowledges that L’Oréal’s standing in the beauty industry has helped SoftSheen-Carson get the ears of retailers, in addition to the category data culled by the division.

SoftSheen-Carson continues to pad customer knowledge through its stylists via its professional division. Much of its professional products are introduced under the Optimum line. For its retail brands, SoftSheen-Carson has put rubber to pavement, quite literally, to win their loyalty. Since 2004, the company has embarked on the My Style, My Way tour, a huge, mobile sampling effort. This year, the tour will move from a bus tour to tents cofeaturing L’Oréal Paris Hip, a color cosmetics brand, at major outdoor events in 13 key markets, says Guy.

In addition to turning out products tailored specially for curly hair and pigmented skin, L’Oréal hosts the Ethnic Hair & Skin International, a biannual gathering of dermatologists, researchers from competing firms and people in academics. It is the only meeting of its kind, says Bryant.

By about 2040, forecasters predict minorities will be the new majority. Guy says, “With that change comes huge opportunity to serve [people with] textured hair and color in their skin.”