The beauty brand is amping up its luxe factor with the launch of Pure Color Envy, a new 20-color lipstick lineup, which will bow globally in March. 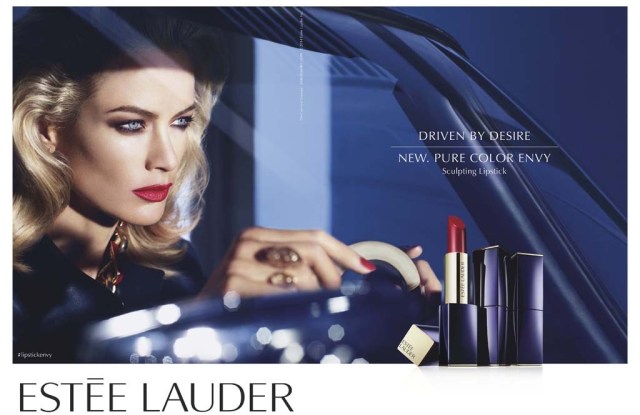 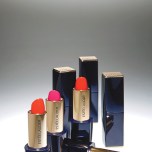 Estée Lauder is further cementing its modern makeover with Pure Color Envy Sculpting Lipstick, a new color line which will bow in March.

This story first appeared in the January 3, 2014 issue of WWD. Subscribe Today.

“We’re creating a modern future for the Estée Lauder brand,” said Jane Hudis, global brand president of the Estée Lauder brand. “It was extremely important to us that we set a new level of aspiration with this brand. Modern Muse, our new fragrance, was an important step in that process. Pure Color Envy is another major initiative to add to that movement. Lipstick is having a moment, and this Pure Color Envy is very much a luxury offering. We’re offering a new case, a new formula, a new attitude and a new point of view. This is a transformational moment for our brand.”

“From a formula standpoint, we wanted something totally modern and unique and different from anything we’ve ever offered before,” said Carullo. “In all cases, women tell us they want sculpted, curvaceous lips. We’ve developed a formula from the ground up to address that. The structure of the formula is almost like a lip crayon, with our proprietary Multi-Faceted Color Pigments creating both volume and intense color. As well, another proprietary ingredient, Time Release Encapsulated Moisture Complex with hyaluronic acid helps boost lips’ ability to attract, capture and seal in immediate and continuous hydration that lasts throughout the day. Not only does it last, it’s comfortable for all-day wear and lasts up to six hours. And it feels good on the lips.”

Twenty shades, $30 each, will be offered. Color families include nudes, reds, mahoganies, pinks and corals.

As for the line and shade names, those too were intended to evoke an aspirational note, said Charisse Ford, senior vice president of global marketing for Estée Lauder, who noted that shade names include Defiant Coral, Tumultous Pink, Vengeful Red and Insolent Plum.

“One day you might want to be Dynamic or feel like a little Rebellious Rose,” Ford added, naming two additional shades in the line. “This is a lipstick line with attitude, and we wanted to leverage the names to tell a story about the woman who’s using it.”

Those pieces of a woman’s personality will also be leveraged in the marketing, said Ford. Video vignettes created around each of the shades are being produced, with the intention to tell a story about the persona behind them. “We want to bring each shade to life,” said Ford.

Print advertising, shot by Mario Sorrenti and featuring Carolyn Murphy, will begin running in April fashion, beauty and lifestyle magazines. “Mario really gets that sexy glam feeling,” said Richard Ferretti, senior vice president and global creative director for Estée Lauder. “That is something we really wanted to express in this visual. Carolyn has a strong, fierce appearance in this ad, and her persona is as an ultraglam film star. We wanted to make a strong statement with this ad, as it’s a moment where it’s a symbol of the modernization of the brand. With each new launch, we’re tightening the vision and visualization of the brand as a modern luxury icon.”

A major digital campaign is also in the works, which will showcase the video vignettes and curate Twitter and Facebook comments with the hashtag #LipstickEnvy.

The new lipstick packaging is another luxurious aspect, said Hudis. “The navy and gold shades evoke our signature color cues, and golden tones within the interior convey the modern glamour and style of the brand. An internal magnet snaps the top into place with a weighty click, which is another luxury cue. It makes the lipstick fun to hold and to play with and takes it beyond a merely functional product. This gives us an opportunity to recruit a whole new generation of Estée Lauder customers around the world.”

In Asia, the line will get a slight tweak to increase its appeal to consumers in the region, noted Ford. “Our Asian consumers particularly like slimline cases, so that is the way we are packaging it for that market,” she said.

Europe is also expected to be a strong region for Pure Color Envy. “We expect this to be a major launch in Europe,” said Hudis. Added Ford, “The pricing and all the luxury cues allow us to compete with very upscale lipstick lines.”

In the U.S., the line will be sold in Lauder’s full distribution of 2,200 department and specialty store doors.

While executives declined comment on projected sales, industry sources estimated that Pure Color Envy could do upwards of $60 million at retail in its first year on counter, with about $18 million of that figure expected to be done in North America. Industry sources estimated that Lauder would spend about $20 million globally on advertising and promotion in the line’s first year on counter.