New items such as Revlon’s Beyond Natural and Cover Girl’s Simply Ageless, hawked by Ellen DeGeneres, are propelling sales. 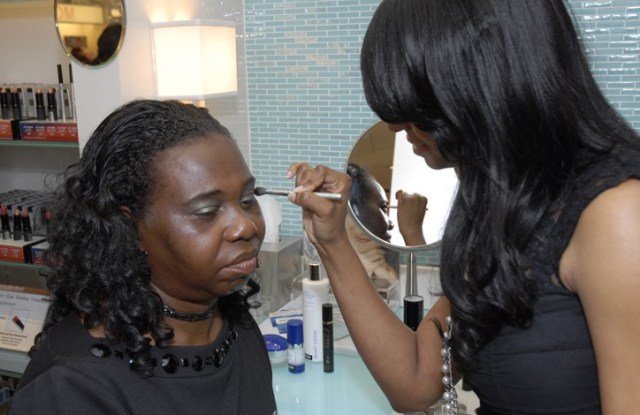 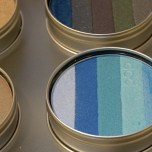 NEW YORK — With buyers lamenting the sluggish state of retail, they are quick to highlight a few categories bringing life to their stores.

Mascaras, other eye product, mineral makeups, natural cosmetics and hair color are among some of the areas singled out as luring shoppers into mass doors. An examination of data from Information Resources Inc. reveals that there is indeed promising news.

For the 52-week period ended Jan. 25, facial cosmetics sales in food, drug and mass stores (excluding Wal-Mart) rose 2.18 percent to just over $1 billion. Drugstores are outpacing that growth, with sales up 2.8 percent to $634 million. New items such as Revlon’s Beyond Natural and Cover Girl’s Simply Ageless, hawked by Ellen DeGeneres, are propelling sales. L’Oréal Bare Naturale leads blush and foundation, but mineral formulas are rising and account for two spots in the top 10 selling brands.

Interestingly, though, the fastest-growing segment within “facial” isn’t even a facial item, rather a classification called body accessory. This is a relatively new area created by products such as Coty’s Sally Hansen Airbrush Legs and Perfection Body Accessory. Additionally, Revlon’s Age Defying Body Accessory and Rimmel Fix and Perfect were brands with dynamic growth, according to retailers citing IRI data.

Experts think matte looks will emerge in the facial category over the next few months. “With the economy the way it is, we feel women are getting away from the shiny, glossy looks and going for a matte look,” explained Grant Berry, creator of Styli-Style.

Sales are also bright in the eye category, according to IRI. That’s good news to retailers who had not seen growth in eye for the last three years. Eye beauty product sales jumped 6.68 percent to over $1 billion for the 52-week period, ignited by eye combos, liners, brow kits and shadows. The continued popularity of smoky eyes coupled with new kits from suppliers that help women achieve eye looks pushed overall kits sales up 300 percent for the period. Almay Intense I Color was mentioned by retailers as a perfect example of putting a kit together that helps women achieve a look that used to have to be taught by advisors. In the value end of the market, Jane Colorstick Eye Combo made the top 10 list.

In brows, Revlon’s Brow Fantasy achieved almost double-digit growth. Also growing as it rolled out was Maybelline Expert Wear Eye Brow makeup. No discussion of trends in mass is complete without dealing with the influx of new mascaras promising lush new lashes. Sales are up 7 percent for food, drug and mass.

While eyes and face showed sales increases, retailers took a hit in lip, a category that had been leading sales growth through the early part of the decade. Lip category sales are down almost 6 percent to $580 million as women put a bigger emphasis on their skin and eyes. Taking the biggest hit are lip liners and lip treatments.

Nail is up less than one percent when looking at food, drug and mass as a whole, but is down in supermarkets and up in drugstores when looked at just those channels. The category, however, is expected to benefit from the current do-it-yourself beauty trend.

Outside of color cosmetics, hair color sales are flat for the 52-week period, but are also expected to rev up as more women (and men) color hair at home. Although L’Oréal’s Superior Preference Women’s hair color is the number-one stockkeeping unit in drug chains, Clairol’s Perfect 10 generated more than $18.6 million in drugstores alone, according to IRI. “It is a great product,” said one top merchant. “But now it is getting competition — but that will boost overall hair color.”

IRI’s Thom Blischok, president, consulting and innovation, sees the do-it-yourself trend lingering well into the next decade and could be a trend that stays even if consumers get more discretionary dollars.