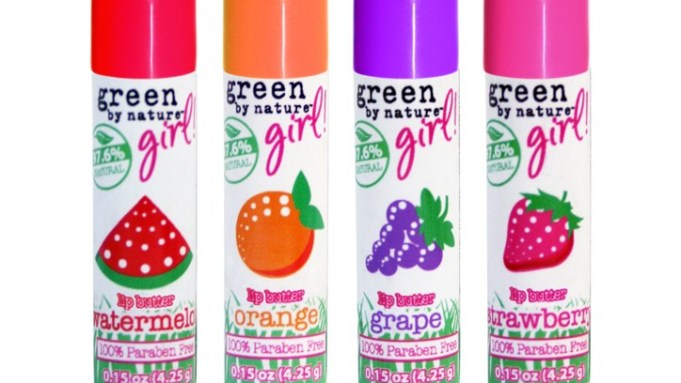 Mineral makeup and natural products continued to be a strong theme among many manufacturers showing their wares during ECRM’s Efficient Program.

Planning sessions were held last week at the Hyatt Regency Dallas Forth Worth. The Cosmetics, Fragrance & Bath session was attended by dozens of suppliers and buyers and was mostly upbeat, despite the economy and the tough holiday season. While the list of retailers was impressive — including Rite Aid, Ulta, Walgreens and Wegmans — some lamented the early timing of the show, a few weeks earlier than the traditional EPPS Cosmetics gathering.

“At least it wasn’t during Super Bowl weekend,” quipped one buyer. Nonetheless, another added that the attendees did get to meet the Dallas Cowboys Cheerleaders at a special evening event at the team’s nearby stadium.

Buyers told WWD there wasn’t anything at the trade show “to set the world on fire,” however, they said pricing was a key topic of discussion. One East Coast buyer said $9.99 is the magic price point and that many meetings focused on bringing in products at that retail price, or at least under $15. Another said there was a proliferation of imported bath sets, which yield what consumers consider value pricing. Also, a few new fragrances were mentioned, such as a second Tim McGraw scent along with a fragrance hawked by Faith Hill.

A handful of big beauty players were absent from EPPS, buyers and suppliers said. But one of the biggest represented was Markwins, which controlled the majority of one whole floor area with its Markwins products, its Wet ‘n’ Wild collection, Black Radiance and SoHo. According to Shawn Haynes, senior vice president marketing, Global Brand Development, the mood of many buyers was “let’s get something new and exciting into our stores.” He said the Halloween Fantasy Makers line was extremely well received. “Halloween falls on a Saturday, so we’re expecting really big things,” he said. Other hits included a new adjusting foundation, a cream eye liner and eye shadow palettes. Markwins’ Beauty Benefits was also well received and is being slowly rolled out into regional partners, according to Haynes. There is new distribution with Duane Reade and Fred Meyer. “As far as marketing, we are focusing on working with our retail partners and doing more in-store activity such as demonstrations, instant redeemable coupons (or IRC) and free samples. We know our consumers have been hit hard by the economic crisis. They aren’t as impulsive as they were — they are more motivated if there is a makeup artist working with them or a coupon attached. That makes them far more interested in trying something new,” said Haynes.

Jane Cosmetics is building on its naturally positioned range, Jane Be Pure, with the launch of Jane Be Pure AquaCeuticals, a 40-item makeup line billed as naturally hydrating with active naturals, hydrating and organic ingredients. About 90 percent of packaging is 100 percent recyclable or made from postconsumer recycled materials, too.

On counter this month, the Jane launch will be supported by several in-store promotions, including prepacks for Sheer Tinted Moisturizer, AguaGlow Bronzer and BlushStix, and AguaMousse Eye Shadow and AguaShimmer Eye Shadow Quad. All items will sell for $6 to $8 and are available in drug, mass and food retailer chains nationwide. The launch will also be heavily promoted to help gain new user trial including in-pack coupons, national high value freestanding inserts (or FSI’s) and price-off offers in retailers’ Sunday supplement circulars, according to Jane chief executive officer Lisa Yarnell.

During ECRM, Jane also previewed its holiday program, which includes affordable gift ideas for fashion driven consumers in color, minerals and organics. Yarnell noted that many companies held back on new launches and that retailers welcomed the newness at Jane. “Our Christmas also got a good reception from what I’ve heard from the meeting,” she said.

In hair care, Green by Nature is entering the category with the introduction of a new shampoo and conditioner available in three flavors (chamomile/rose, lavender/vanilla and lemon/verbena). The items launch to independent specialty stores in May. Steve Shweky, president of the firm, added that Green by Nature, which started in 2004 as mainly a lip care brand, has evolved into Green by Nature Girl, a subbrand targeting tweens. According to Shweky, “The tween consumer is the most environmentally aware and also has the most disposable income, yet they do not have products targeted to them in the natural beauty category. We are fulfilling that niche.” Green by Nature Girl includes lip glazes, lip butters and body lotion and body wash in a variety of fruit-themed flavors, as well as gift sets.

E.l.f. presented its Mineral Line to retailers at ECRM this week, a line that since its launch in November 2007 has realized a modest Internet sales success. E.l.f. is currently sold in Target, Kmart, Big Lots and Strawberry stores.

The Mineral Line includes a concealer, foundation, blush, lipstick and eye shadows all priced between $3 for eye shadows to $8 for a Booster, a sheer powder that absorbs oil and aims to minimize the appearance of wrinkles, fine lines and pores.

The Mineral Line, the company said, is made from 100 percent natural minerals that are crushed into a silky powder and are free from chemical additives, parabens and chemical dyes. Packaging is also recyclable. All of e.l.f.’s minerals contain titanium dioxide to provide some sun protection.

The brand is also launching $1 nail polishes this month. Despite the economy, e.l.f. execs said the brand is still growing: Fourth-quarter 2008 sales were 300 percent stronger than the previous year.