House of Lashes Partners With Sephora on Limited-Edition Lash Styles

The collaboration for the Sephora Collection is the social media-fueled brand's first major push into retail. 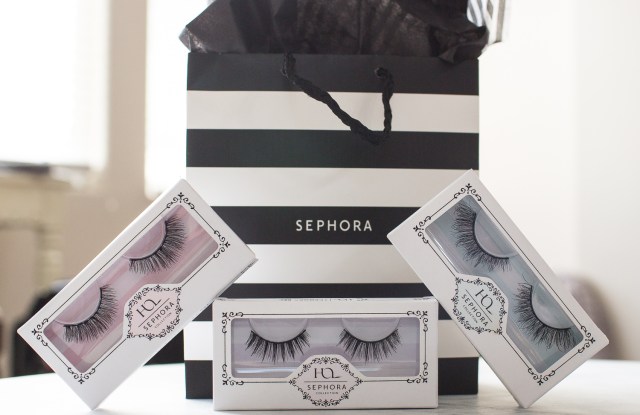 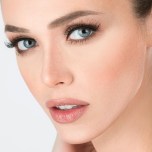 House of Lashes has expanded with new wings at Sephora.

The social media-fueled brand collaborated with the beauty specialty retailer on three limited-edition faux lash varieties priced at $14 each for the private-label Sephora Collection: the medium-volume, dimensional Timeless; Everlasting, another medium-volume style featuring wispy ends and a slight taper; and the dramatic, full-volume stacked Seductress. The collection is House of Lashes’ first major push into stores.

“When they reached out to us, they saw us as a leader in lashes, and they really wanted to cocreate lashes with us,” said House of Lashes marketing manager Stephanie Arant. “Based on their target market alongside our expertise, we created three signature lashes for the beauty lovers coming into Sephora. We have a range from natural to more flirty glam. We really wanted to encompass a little bit of everything with these three lashes.”

The House of Lashes items are situated within the Sephora Collection assortment on the retail floor. Arant estimated they would be available for about a year, although she suggested they could sell out before that if demand corresponds to the feverish buzz generated once the products were announced to Sephora cast members. In early reads, she singled out Everlasting as the probable bestseller in the Sephora Collection trio, speculating customers gravitate to its density. Sephora is also stocking House of Lashes’ latex-free, waterproof eyelash adhesive for $9.

“We tailored these products to the broad market. They are really wearable for everyone. They are multilayered and that’s something Sephora really valued. In the lashes we create, there’s a lot of depth and dimension,” said Arant. “At Sephora, you are capturing a different audience than online suppers that tend to be younger. Sephora knows their audience. They know they go for natural lashes and not so much crazy glam. A lot of our influencers want bold lashes.”

Jenn Nguyen launched House of Lashes in 2012 to fill a gap in the market between drugstore and department store lash options. She believed there ought to be lashes priced between the two extremes that were premium quality and universally flattering, and spent four years researching eyelash production to determine how to develop lashes to her liking. She eventually turned to manufacturers in Indonesia, where the lashes are individually handcrafted. House of Lashes’ lash products are made from 100 percent sterilized and sanitized human hair or cruelty-free synthetic fibers.

House of Lashes has built a reputation for striking, tiered lashes evident in the top sellers Noir Fairy and Iconic embraced by digital beauty influencers. The brand has amassed 1.8 million followers on Instagram and the hashtag #houseoflashes has been incorporated into in excess of 335,000 posts. Due to its extensive social-media presence, the brand’s primary audience has been 18- to 30-year-old consumers. “Nowadays, people are so aware of beauty influencers that they definitely are more interested in purchasing lashes and understanding them,” said Arant.

Until entering Sephora, the only physical locations that carried Irvine, Calif.-based House of Lashes in the U.S. were professional makeup artist destination Frends Beauty Supply in the Los Angeles neighborhood Valley Village and the Las Vegas salon Look Style Society. Going forward, the brand’s retail presence is expected to swell, and there’s a possibility it could remain at Sephora after the limited-edition collaboration merchandise exits stores.

“There is potential in the future to work with them [Sephora] again to see where it goes from here. We’ve heard great feedback from the makeup artists working in the stores and from the corporate team,” said Arant. “There is a lot of opportunity out there. We’ve been growing at a crazy pace, and people are taking notice. There is a lot of interest from retailers that are reaching out to us right now, but we want to make sure we align with ones that are true to our values.”