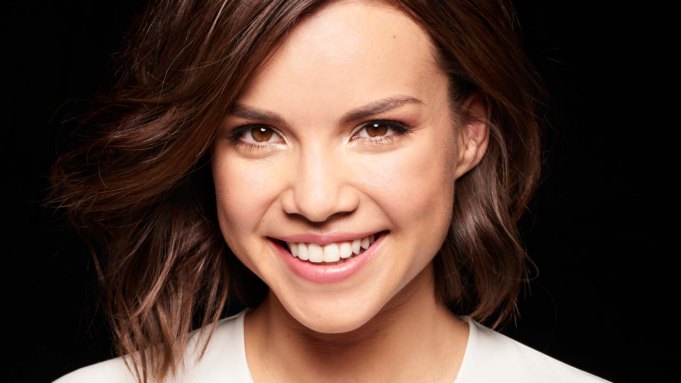 BareMinerals has partnered with influencer and YouTube personality Ingrid Nilsen — and is shilling out big bucks to do so.

Nilsen, who has just shy of four million subscribers on her namesake YouTube channel and 1.7 million followers on Instagram, is using her influence to help the Shiseido-owned brand relaunch its Original and Matte mineral foundations.

BareMinerals is reportedly paying Nilsen more than $500,000 to be the face of the $750 million company’s two best-selling foundations ranges — one of the biggest contracts between a blogger and brand to date. BareMinerals declined to comment on fees.

But Nilsen is simply the latest influencer to secure a sizable fee from a major beauty brand. In terms of payout, a person with knowledge of the industry put her partnership with BareMinerals right behind the reported seven-figure sum Kristina Bazan got from L’Oréal for a yearlong ambassadorship. After Nilsen, Laura Mercier and Pantene were said to have paid around $500,000 each to work with Song of Style’s Aimee Song and Chiara Ferragni’s The Blonde Salad, respectively.

In the yearlong partnership that begins today, Nilsen will promote BareMinerals’ Original and Matte foundation across her own social channels, appear in point of sale material, host tutorials and in-store activations and appear in print ads. The influencer also co-created a Be Your Best Self set that includes foundation, highlighter, a limited-edition rose gold brush and a personal note. Packaged in a light gray leather zip case emblazoned with “Be Your Best Self” in white script, the kit retails for $50.

Nilsen told WWD that she doesn’t think she’ll lose credibility with her millions of followers by joining forces with the brand that’s now paying her to promote its products.

“My viewers are no strangers to BareMinerals popping up in my videos — even videos that aren’t beauty related…[like] an apartment tour. You can see everything I use, and BareMinerals pops up regularly. It’s something that they’re used to; it’s something I genuinely use every day,” Nilsen said during an interview Tuesday afternoon in between filming Facebook Live sessions.

Use or no, the brand is just the most recent beauty deal Nilsen has signed. The 27-year-old also has worked with SKII, Unilever’s hair-care products under the Dove and TRESemmé brands, and in 2014, became Cover Girl’s first ambassador to hail from the influencer set. Her deal with BareMinerals is her largest yet. An industry source said that even though Cover Girl paid Nilson six figures, that fee was a fraction of what she’s earning from her work with BareMinerals.

“We’re bringing it [the brand] to life in a way that matters to consumers today, in both range of shades and how we’re communicating our messaging to her on a global platform,” Claudia Poccia, chief marketing officer of BareMinerals, said of partnering with influencers on both a macro and local level.

The reinvigorating of BareMineral’s foundation — with an influencer at the center of the launch — is a key initiative this year, according to Poccia. The brand is upping the amount of shades offered in both the Original and Matte finishes by 50 percent — now giving consumers 30 color options in each collection. The original mineral foundation was launched in 1995 with 20 colors. Collectively, the two foundations, which retail for $28.50 each, are projected to see close to 20 percent growth this year.

From a dollar perspective, foundation is a meaningful portion of the business for BareMinerals, with the complexion category comprising more than 70 percent of total sales, according to a source. Foundation alone makes up 40 percent of global retail sales, with about half of that coming from the Original and Matte foundations. The same source estimated that combined, the two products could drive $150 million in retail sales for the brand this year.

Nilsen’s ambassadorship as the global face of Original and Matte foundation is driving the new campaign, followed by two social media activations through February and March. The first, #30originals, has 30 influencers from Dani Song to professional rock climber Sasha DiGiulian taking to their social media channels to talk about what shade of BareMinerals foundation they wear, using the #30originals to generate buzz around the brand’s expanded shade offering.

The second social media program, #SleepInTheBare, launches at the end of February. Unlike the first two, this campaign emphasizes the consumer and not the influencer. User-generated content, or UGC, is at the center of #SleepInTheBare, with customers encouraged to post images of themselves when they wake up. (BareMinerals prides itself on foundation that’s pure enough to sleep in.)

Kathy Cullin, general manager of Bare Escentuals U.S., said digital is driving the marketing strategy behind the foundation relaunch. About 80 percent of the marketing spend is going toward digital and social media, inclusive of influencers and social media advertising on Facebook, Pinterest and Snapchat. Cullin added that the brand increased its digital spend by more than 40 percent in the last year.

“The difference between traditional media and upper funnel awareness campaigns versus lower funnel activation is engagement — it’s really where we see the interest coming from the consumer,” Cullin explained. “Everything we do is pushing toward giving her a call to action, versus what we’ve been seeing for the last 25 to 30 years from traditional awareness media.”