By Stephanie Epiro and Jenny B. Fine on April 10, 2009
View Slideshow 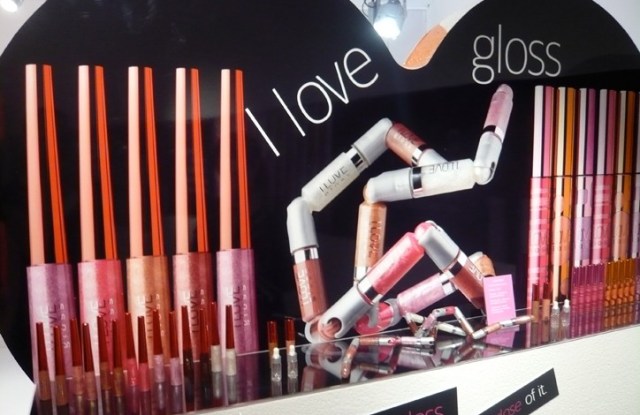 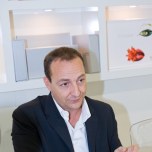 “We are shocked about the economy, but we are reacting in the right way, with a lot of innovation,” said Dario Ferrari, president of Intercos, which recently doubled its production space in the U.S.

The company unveiled about 220 items during a trend and product presentation in its headquarters in Agrate Brianza outside of Milan. Six emotionally driven, consumer lifestyle story lines were created for the trend presentation, which was titled Love & Desire. Among the standout products were transparent, weightless powders infused with color for a stained-glass effect, bronzer with SPF 40 protection and lip glosses that clicked together like Legos.

In Intercos’ scientific innovation presentation called “Beautiful Science,” the company showed a new pressing technology that presses particles coated with a natural ingredient to result in an ultracreamy and silky soft powder. It also unveiled for the first time a new baked powder it dubbed “Baked Science,” calling it the first baked-powder foundation that allows the powder to be more emollient and fine for an airbrush foundation effect.

Intercos also revealed a new corporate structure, which Ferrari likened to a matrix rather than a pyramid and asserted that it will enable the company to combine innovation, speed and cost efficiency. The goal is to better tailor products to each individual international market. “Each market has its likes and dislikes,” he said, noting, “From a product point of view, we’re very happy, but we need someone to launch them.”

For its part, Biokolor introduced 120 products at Cosmoprof. Founded by Mario De Luigi in 2000, the company’s philosophy is to combine Japanese technology and Italian creativity. The firm’s annual turnover is about 18 million euros, or $23.8 million at current exchange, and it’s growing at between 20 and 30 percent a year.

Biokolor’s highlights included spray powders, foundation for tanned skin, wax-powder eye shadows and a double-ended lip product with a long-wearing, water-based stain on one end and lipstick in the same shade on the other.

“People want to spend money on one product to solve different problems,” said De Luigi. “They want instant gratification, and beauty products that are original and useful.”

Chromavis attended the show as well and showcased for the first time its fully combined collections as a result of the 2008 merger between Gamma Chroma and Clavis. Their combined turnover is about 70 million euros, or $92.9 million.

Chromavis, which is known for its baked powders, divided its new products into three collections. Of note were patented antiaging powders it calls Oxychrono, which claim to bring oxygen to the cells to fight free radicals. The paraben-free powders also have added UV protection. Chromavis also showed mascaras that combined two colors in one tube, such as black and bronze in a zebra-swirl design, as well as a mascara that’s 98 percent natural and uses corn fibers in its formula.

“We have changed all aspects of the company,” said Romualdo Priore, marketing director. “We’re old, but we’re getting younger.

“It’s a strange moment for the world,” he continued. “People want to feel confident. For this collection, we were thinking of the Roman way to live, which is to respect the world.”