Tallying up the month in beauty—from the bestselling department store color cosmetics items to the June magazines with the most beauty coverage. 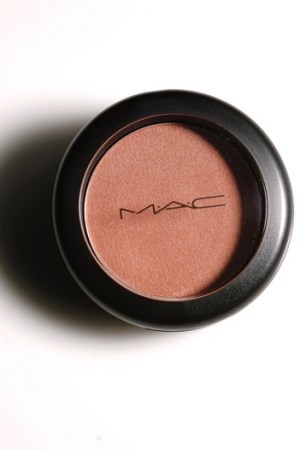 From best-selling makeup products nationwide to the magazines with the most beauty editorial coverage, a quantitative look at the month in beauty.

Ranked by dollars for the first quarter of 2010, MAC is the number-one brand in the Pacific and Clinique is number one in the Middle Atlantic and West North Central department stores. Of note here, says The NPD Group, which supplied these figures, is Nars, which ranks ninth in dollars, but has the number-one blush item. Also interesting: The number-one-selling blush in the Middle Atlantic is a peachy pink shade versus a brown shade in the Pacific and a violet shade in the West North Central.

Next: June magazine beauty coverage and make up catagory growth  >>

Beauty as a category accounts for a significant percent of the advertising pages in women’s magazines. To find out if editorial pages followed suit, we counted the number of editorial pages devoted to beauty in the June issues of 17 magazines. (Total page counts are in parentheses next to each title’s name.) This being June, the most popular topics included comprehensive primers on sun safety and lots of tips for bikini-ready bodies. Beauty editors also were taken with turquoise makeup, steals and deals and, of course, a staple of warm-weather mags: sexy summer hairstyles.

Prestige makeup sold in U.S. department stores saw a growth in dollar volume for the first calendar quarter of 2010 with a total sales gain of 2 percent year to date, the first quarterly growth for the category since the second quarter of 2008.

Make Up Catagory Growth by Region: