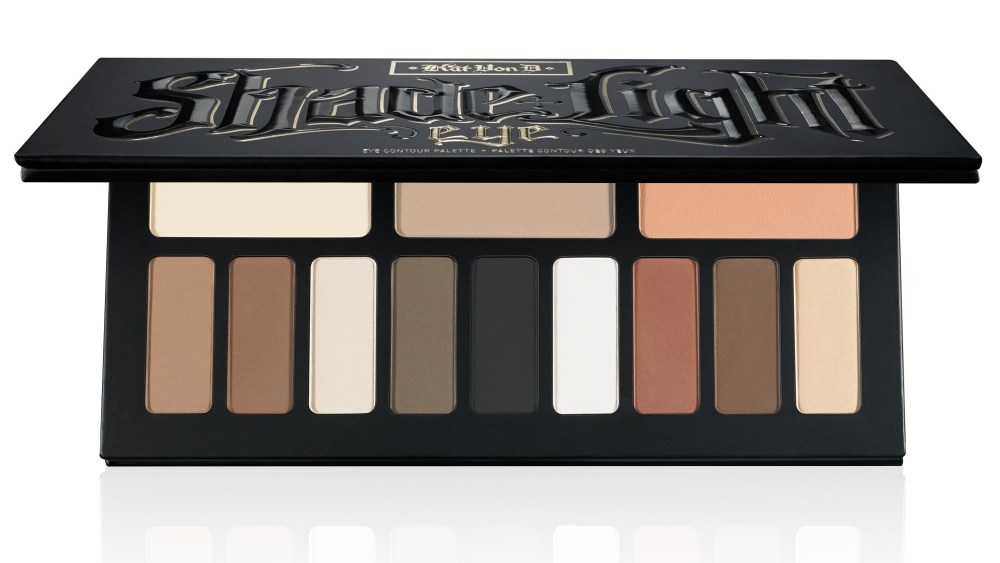 Kat Von D Beauty, a color cosmetics range designed by tattoo artist Kat Von D, in association with LVMH’s Kendo division, will launch in the U.K. and Ireland this month.

The 34-year-old, whose name is Katherine von Drachenberg, appeared in TLC’s reality series “L.A. Ink” and created a makeup range that specializes in high pigmentation and full coverage products.

Kat Von D has partnered with British retailer Debenhams to exclusively launch the collection. “I’ve been waiting to be able to launch the brand here for a long time,” Kat Von D told WWD. “Having to find the right partner it’s been a challenge in ways because, you know, I’m used to being exclusive at Sephora and there isn’t a Sephora here, so it took us a long time to find the perfect partner and Debenhams definitely is that. So now it’s finding, you know, the perfect match — it’s great.

“I feel like the U.K. has been the most patient I think out of all of them because we’ve had such a great following here, a strong following for so long,” she added. “When I was doing my book tours the U.K. was always so great. I mean, thousands of kids would show up for the signings and stuff so I think they’ve been patiently waiting for quite some time so it’s exciting.”

According to the brand, all markets are performing well, with lipsticks, foundations and eye contour palettes and liners bestsellers in the U.S.

“In North America, we are a top growing brand for Sephora and we hope we can bring the same to Debenhams and really helping them to attract new clients,” added vice president, general manager MaiLy Kopatsy. “We are a top five brand in the U.S. so that’s our aspiration, anywhere people can fall in love with a high-performance product.”

Kat Von D, who has amassed a strong social media following, counts on the support of her fan base. “I’m proud to stay this, I have the raddest, most coolest fans and followers,” she said. “These are artistic people. They’re people who are looking for beauty for artistic outlet, which is a lot different from your regular beauty consumer is so I think that’s cool. I feel pretty lucky.”

The range will feature makeup brushes, foundations, concealers, eye shadows, lipsticks and powder formulations. Prices range from 16 pounds, or $21, for a lipstick to 36 pounds, or $47, for an eye shadow palette.

Last year, the brand added e-commerce to katvondbeauty.com as part of a web site redesign and added new features such as shoppable videos, limited-edition products and exclusive content from Kat Von D.

Launched in 2008, by Kat Von D, the beauty brand is under the Kendo umbrella and is sold in North America, Latin America, Europe, Australia and the Middle East.