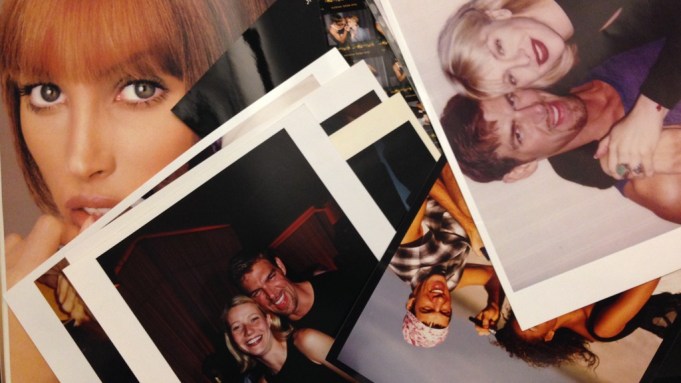 Titled “Beauty & Soul,” the Kevyn Aucoin exhibit will open on Feb. 28 for a press preview before running March 1 and 2 at The Makeup Show’s location within the California Market Center in downtown Los Angeles. It will house an estimated 50 to 70 pieces that are being assembled by The Makeup Show with assistance from Aucoin’s namesake beauty brand and his family.

Shelly Taggar, owner of The Makeup Show, said it was an easy decision to inaugurate the event’s exhibits with Kevyn Aucoin. Although he died in 2002 at the age of 40, Aucoin continues to hold sway over the beauty industry. He is known for looks he created for the covers of magazines, including Vogue and Harper’s Bazaar, and for celebrities of the likes of Janet Jackson, Cher, Julia Roberts, Gwyneth Paltrow and Tina Turner; the best-selling beauty tomes “The Art of Makeup,” “Making Faces” and “Face Forward,” and developing products for Revlon’s Ultima II and his own brand, which launched in 2001.

“He was a visionary, and you can see it in his brand,” said Taggar. “Some of the things he came up with people use today. They are basically products that every other brand refers to now. It is a big thing for the industry to have someone like him. People remain inspired by his work, and there is so much they haven’t seen.”

James Vincent, director of artist relations for The Makeup Show, added, “Like so many of my fellow makeup artists, the work of Kevyn Aucoin was and is a huge inspiration to me. Having had the ability to assist Kevyn, I feel so lucky to have learned from a legend, but even far before that, his work was really the first time I became aware that there were makeup artists in the fashion world.”

Many of the attendees at The Makeup Show will be familiar with Aucoin’s career, but Viviana Martin, director of pro artist relations for Kevyn Aucoin Beauty, suggested they would find plenty of new items in the exhibit to pique their interest.

“There are going to be exclusives that the public has not seen before, such as photos, tools that he used when he was working on his books and swatches that Kevyn made himself of product before it launched,” she said. “We are also going to be showing a legacy video that a lot of the public has not seen before showcasing him and what he stood for, what his celebrity clients thought of him and how loved and respected he was in the industry.”

Following the model of the Kevyn Aucoin exhibit in Los Angeles, The Makeup Show will set up galleries in its editions elsewhere — New York, Chicago, Dallas, Orlando and Europe are on tap for this year after Los Angeles — drawing attention to select makeup artists. “In New York, we have a very big artist that we are working with on getting to do the gallery, and we will do the same thing in Chicago,” said Taggar. “We are trying to think of people that are influential in each city. Kevyn lived between L.A. and New York, and he was so big with the celebrities that we thought he was perfect for L.A.”