Cheryl Burke and Disney Villains are two weapons that the brand is employing to battle any fear of nail fatigue. 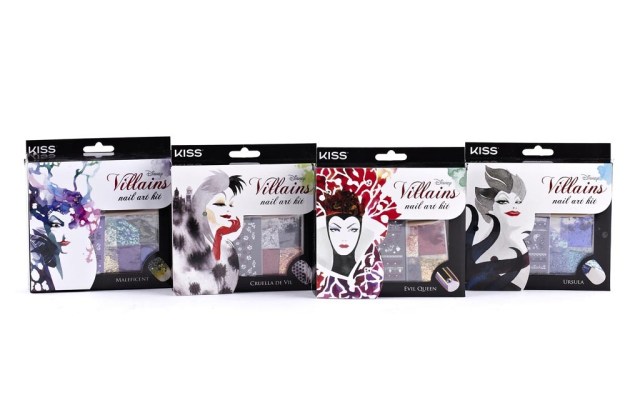 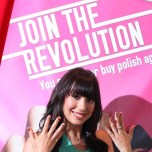 NEW YORK — Cheryl Burke and Disney Villains are two weapons that Kiss Products is employing to battle any fear of nail fatigue.

Burke, one of the most beloved dance partners on “Dancing With the Stars,” is the brand ambassador for a signature series as part of the Impress Press-On Manicure collection, which is marketed under Kiss’ Broadway Nails division. Burke’s nail designer kits, which retail for $7.99 each, will be available exclusively with a major push at Rite Aid, as well as Wal-Mart from October through November. “Practicing seven days a week, we have no time for salon manicures,” Burke said at an event where she gave a salsa lesson and admitted her dream dance partner would be Bill Clinton. “With Impress, I can change my nails quickly to match my costumes without any damage to my nails.”

The four kits — named after Maleficent, Cruella de Vil, Evil Queen and Ursula — are part of a larger Disney program that will launch at Walgreens at the end of September. Walgreens featured a similar and successful promotion last year also incorporating beauty items, Walgreens officials confirmed.

According to Grace Tallon, senior vice president of marketing at Kiss, the limited-edition kits have everything from high-definition glitter and striping tape to high-end salon nail art. There’s also a style guide to assist do-it-yourselfers. The kits will retail for $9.99. The designs can be layered over Impress nails.

Kiss also has numerous products in the pipeline. For Halloween, there are seasonal Impress nails, nail dress, lashes, lip tattoos and eye jewelry under the Halloween Impress Manicure by Broadway Nails collection. In particular, there are false eyelashes in designs resembling paper cutouts. “We are trying to bring something to the market that people haven’t seen and drive interest in the season,” Tallon said. The products will be available in Rite Aid, Wal-Mart and Walgreens and retail for $6.99 for nail, $2.99 for nail art, $2.99 for eye tattoos and $3.99 for lashes.