Johnson & Johnson will not take the natural skin care brand into the mass market. 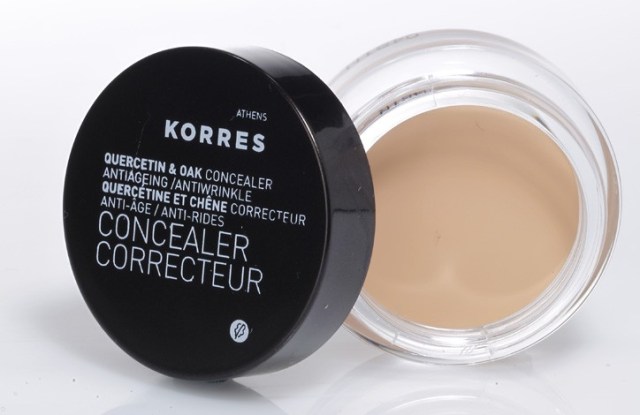 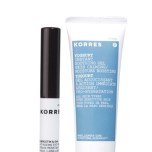 Korres and Johnson & Johnson Consumer Products Co. made their debut as business partners Thursday afternoon, and their message was clear: Korres will remain true to its prestige roots for the foreseeable future. The announcement quells forecasts that J&J would haul the natural skin care brand into the mass market, where it owns 25 percent of skin care market share.

This story first appeared in the April 1, 2011 issue of WWD. Subscribe Today.

J&J, which entered into a licensing agreement with Korres branded beauty products in North America in September 2009, also announced plans for a Korres print and TV advertising campaign this year. Stefano Curti, J&J’s newly named president, global skin care, talked about the need to grow brand awareness for Korres, which he “fell in love with” after meeting its founders, George and Lena Korres, in Greece several years ago.

“It has great equity, but awareness is not where it could be,” said Curti.

A print campaign is set to launch in June, along with “longer-form” TV spots, which look to highlight Korres’ Greek roots, “authenticity, natural positioning and effectiveness.”

The push would look to positively impact Korres’ retail partnership with Sephora, the line’s brick-and-mortar partner. It has also appeared on HSN and is sold online at sephora.com and korres.com.

Korres ended 2010 with approximately $62.2 million in sales, down from $75 million the year before, with the decline due to the current economic situation as opposed to sales outside Greece, which grew stronger in the U.S., the company said.

To keep on top of how the consumer perceives the Korres brand, its store at 110 Wooster Street in Manhattan’s SoHo neighborhood, will continue operations as usual. It is also where Curti said he can be found most weekends, “studying how consumers shop the product and how they read the packaging.” Plans include building on the store’s service potential, said George Korres.

As a result of the partnership with J&J, about 80 percent of Korres’ larger volume products, such as its lotions, are now being made in the U.S., with its cosmetics line still being produced in Europe. The shift defers shipping and transportation costs.

Natural brands are ripe for a comeback, data shows, following the decline the category experienced during the recession. Karen Grant, vice president and global industry analyst at The NPD Group, said that while overall skin care sales were up 8 percent in the U.S. prestige market last year, the subcategory of natural and clinical products leaped by more than 20 percent.

Finding the next hot plant ingredient is part of Korres’ DNA and it’s why Orestes Davias, Korres’ “plant hunter” and in-house herbalist, was introduced to the beauty press Thursday. He travels throughout the world for the brand’s next star, said Lena Korres. The company has been acknowledged for its strides in research into natural ingredients. Last year it was awarded the primary scientific research grant by the European Union’s Agrocos Programme, selected from among 11 research proposals to investigate 3,600 natural ingredients and their potential as cosmetic agents, including their viability as antiaging, antioxidant and sun-protecting substances. Research, which began in 2010, will conclude in 2014 and could yield as many as five top natural ingredients to be considered for commercial use.

The grant follows Korres’ natural quercetin and oak formulation, which the firm said outperforms conventional antiaging creams and serves as a natural alternative to retinol. Up until now, the technology has been reserved for Korres’ skin care items. But several new color items now bear the fruits of that technology. There’s the Quercetin & Oak Antiaging Eye Primer ($21) and the Quercetin & Oak Antiaging & Antiwrinkle Concealer ($22). The concealer is highly pigmented and formulated to “instantly camouflage dark spots, circles, blemishes, and other imperfections while helping to reduce the appearance of fine lines and improve the skin’s texture.” It includes hyaluronic acid and olive oil in its formulas too, and is available in four shades. The 3-in-1 Eye Primer, Corrector, and Antiager aims to smooth the appearance of fine lines and wrinkles. It uses sunflower extract as well as vitamin E.

In honor of 15 years in the business, Korres also has expanded on its best selling Yoghurt brand of skin care with Yoghurt Instant Soothing Gel ($38), developed to instantly comfort distressed, dry skin.