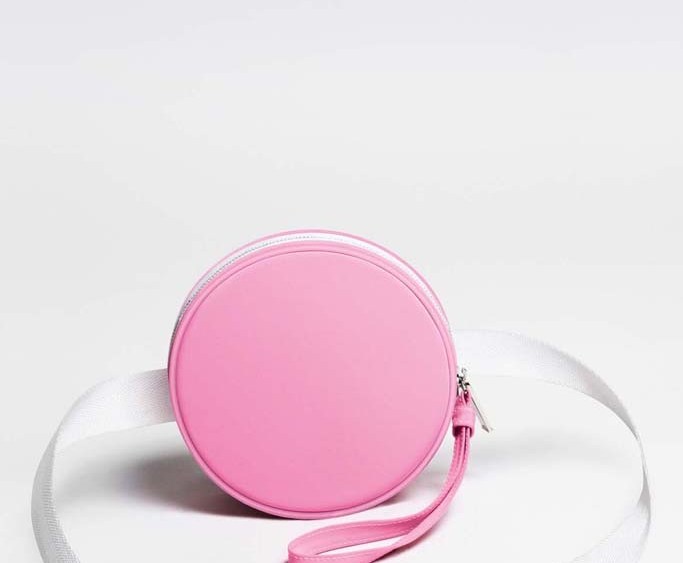 For the project entitled Nouvelle Vague by Lancôme, due out in mid-June, Simon Porte Jacquemus, Alexandre Vauthier and Yiqing Yin crafted such cases for a trio of the L’Oréal-owned label’s key products — L’Absolu Rouge lipstick, Hypnôse Star mascara and Hypnôse Palette eye shadow. The one requirement was that the iconic Lancôme rose somehow figure in their design.

It was the first bag for Jacquemus. His idea was to make a hybrid carry pouch and evening bag. The designer — who has his own line and is a finalist for the LVMH Young Fashion Designer Prize — used bright-pink waterproof cotton to craft his round bag’s exterior. Its interior is blue.

“It is very, very minimalist,” said Jacquemus of the bag, which he described as having both an Eighties and a Sixties aspect.

For his part, Vauthier — who has a namesake couture and ready-to-wear label — gleaned some inspiration from black lacquered cosmetics packaging. The exterior of his rectangular bag, which can be used on a chain or as a clutch, is of black satin and has black lamb’s leather inside.

Vauthier’s creation also has some characteristics of his first bag, called the Unfolder 7.

“I really wanted to make a handbag out of the makeup case,” she said, calling her creation — the designer’s first accessory — “multipurpose.” It can be carried on a chain or without, and has a mirror inside.

“It’s a hard case, so everything is quite stable,” said Yin, who alongside having her own fashion line is artistic director of Leonard. “It’s very direct; it’s very practical. I really wanted every visual element of the bag to serve a purpose and not just be a decoration.

“Designwise I really like the idea of a shape that is almost masculine, because it’s very structured and geometrical like a piece of meteorite, something mineral but at the same time covered with a very soft and luxurious precious fabric that is very fragile,” Yin continued, referring to the broad-weft silk crepe in lamé.

Fifty bags from each designer will be sold for three months starting mid-June in selective distribution worldwide. In the U.S., prices will be $1,300 for the bags designed by Vauthier and Yin and $500 for Jacquemus’ creation.

Lancôme has long had a fashion focus. In the recent past, for instance, the label joined forces with Olympia Le-Tan for a one-shot minaudière containing some of the designer’s favorite shades of lipstick and nail polish for Valentine’s Day 2013. A limited-edition eye-makeup line with Alber Elbaz came out in June 2013, while an ephemeral color-cosmetics offering with Jason Wu went on counter in September 2013.