Lancôme Teint Miracle is billed to be a next-generation foundation that re-creates the aura of perfect skin. 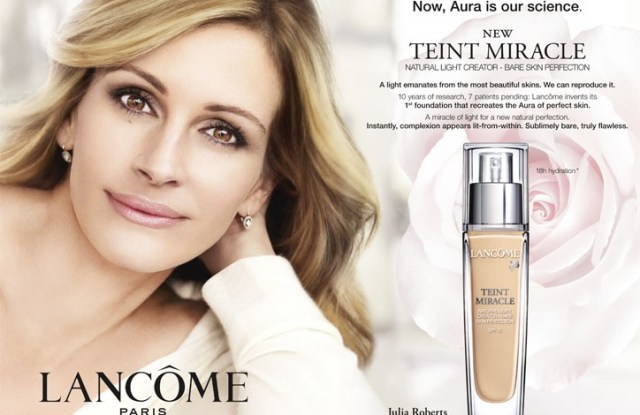 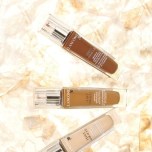 PARIS — Lancôme is gearing up for the international launch of Teint Miracle, billed to be a next-generation foundation that re-creates the aura of perfect skin.

“We’ve been studying women’s needs everywhere — in the U.S., Asia and Europe,” said Youcef Nabi, president of L’Oréal’s Lancôme International, “and in all the countries there were the same words repeated again and again,” including “skin care” (“foundation without skin care benefits is something they can’t imagine”), “light” and “me.”

“The word ‘me’ came back a lot — this idea of I want something that reveals me rather than hides me,” the executive continued. “We briefed the labs [with those words], and they told us they have been working for 10 years on new way to correct skin texture, which was not by covering it but by playing with light.”

Specifically, research has shown that approximately 5 percent of light is reflected off skin. Of the 95 percent absorbed, 40 percent is re-emitted through its surface. Factors such as aging, fatigue and dryness can minimize surface radiance. Inner light loses its intensity and purity as the bluish and pinkish hues of flawless, radiant skin are absorbed by melanin and decrease microcirculation.

“They told us they have been able to replicate these exact tones of light that come from within in a foundation,” explained Nabi. Teint Miracle’s formulation is said to work on both re-emitted and reflected natural light. That’s thanks to Aura-Inside Technology, which includes new pink and blue bioptic pigments and a “liquid light essence.” The latter has liquid micro-mirrors purportedly five times smaller than mother-of-pearl, for uniform and nonstop light diffusion and transparency.

Teint Miracle contains 10 times fewer opaque fillers than traditional Lancôme foundation and about 40 percent pure water (as opposed to the average 20 percent), giving it its lightweight texture, according to company executives. “It is very easy to apply, and the play time is as long as you want,” said Nabi. “The result is like you have nothing on the skin, but the correction is very high.”

Teint Miracle, which has seven patents pending, also contains moisturizing properties plus SPF 15, and is said to be suitable for all skin types. Advertising for the new foundation features Julia Roberts and was shot by Mario Testino. Lancôme executives would not discuss sales projections, but industry sources estimate Teint Miracle will generate 50 million euros, or $65.9 million at current exchange, in first-year retail revenues worldwide.

The foundation was prelaunched at the end of July in tight U.K. distribution, including in Selfridges. In September, it will be rolled out to countries including the U.S., France, Japan and Italy and will reach global distribution in November.

The number of foundation shades available will vary by market. In the U.S., for instance, there will be 20, while in Asia 11 are slated. A 30-ml. bottle of Teint Miracle is to go for $37 in the U.S.

Also included in the line will be the 20-ml. Eclat Miracle Serum of Light Universal Radiance Booster for $37 and the 2.5-ml. Teint Miracle Natural Light Creator Bare Skin Perfection Sublimating Pen in four shades for $29.50 each.