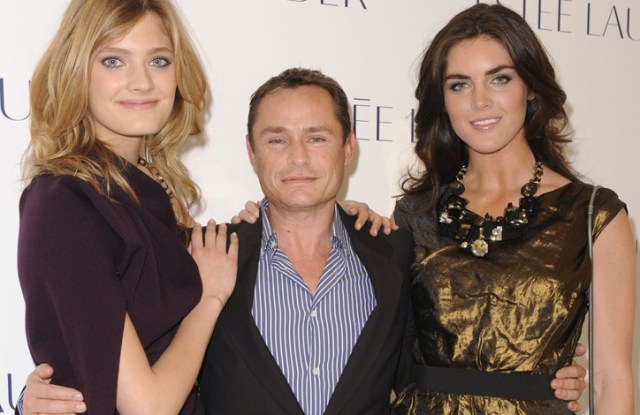 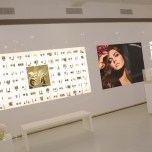 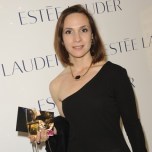 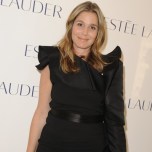 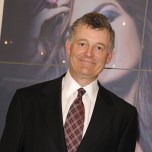 PARIS — The Estée Lauder brand hosted Monday evening a massive cocktail party here for a few hundred guests to fete the arrival of Tom Pecheux as its creative makeup director and Constance Jablonski as a global face, plus its new Pure Color cosmetics collection, including a limited edition line.

“This is the first step in a process to modernize and evolve our brand, and to reach a broader and slightly younger woman,” explained Hudis.

Other attendees at the event included William Lauder, executive chairman of the Estée Lauder Cos. Inc.; Aerin Lauder, Estée Lauder’s senior vice president and creative director, and Hilary Rhoda, another of the brand’s faces. Present also were company executives and journalists, who jetted to the French capital from 27 nations.

The cocktail party was followed by a more intimate dinner.

Showcased during festivities as part of the new Pure Color line conceived by Pecheux was a three-unit, limited edition makeup collection, called Pure Color Night. Just out now in three French doors — Le Bon Marché, Printemps and Galeries Lafayette — it resulted from a dare Leonard Lauder, chairman emeritus of the Estée Lauder Cos., gave Pecheux when they first met.

“Mr. Lauder challenged him to come up with a special collection to commemorate the beginning of a wonderful partnership together,” said Elana Szyfer, senior vice president of global marketing at Estée Lauder, adding the outcome is Pure Color Night, Pecheux’s vision of what a young, modern woman looks like going out for the evening.

Pecheux was instrumental not only in creating the products, but he also had a hand in conceptualizing their packaging (which is navy blue rather than the traditional gold) and advertising, alongside Aerin Lauder.

“The idea overall is to work closely with Tom on the evolution of Pure Color for the Estée Lauder brand. What we’re trying to do with the overall collections starting with Night and following with a collection for fall, called Blue Dahlia, and the whole range…is to really reestablish the brand’s connection with glamour, style and fashion, [with which] it was always associated,” said Hudis. “But we’re coming back in a new and modern way.”

The Night line includes a luminous powder, ombré effect eye shadow and lip gelée, which retail in France for 45 euros, 23 euros and 22 euros, respectively, or $55.75, $28.50 and $27.25 at current exchange. Besides the three Parisian doors it’s currently sold in, the Night collection will be carried at Bergdorf Goodman in New York and at Selfridges on London’s Oxford Street starting in the second week of June.

Only a couple of thousand units of each product are to be on offer in the handful of stores.

Estée Lauder has been working with Pecheux for years on photo shoots and — as reported — signed him on as its creative makeup director in November.

“We’ve had a wonderful working relationship with him, and it’s so exciting now to take it to the next step and incorporate him more into the brand,” said Lauder.