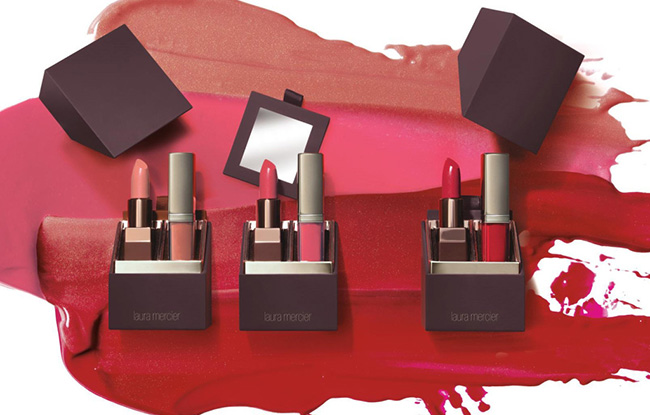 NEW YORK — Laura Mercier might not have been first to the digital game, but she’s become one of the leading beauty players when it comes to embracing influencer culture.

Mercier, who started her career as a makeup artist before founding her namesake company two decades ago, has named blogger and photographer Garance Doré as Laura Mercier’s new brand ambassador. Doré is hosting an event at The Glasshouses in the Chelsea Arts Tower today to toast the partnership, which also celebrates another occasion: the brand’s 20th anniversary.

“What’s changed most [in the last 20 years] is the emergence of pop culture. It’s always existed, but the effect of pop culture on the beauty industry…and reality TV and social media is really something that has started to influence [beauty],” Mercier said of the changing beauty landscape during an interview at the brand’s headquarters in Midtown here Monday morning, sitting alongside Doré.

This week’s festivities include this morning’s party, Doré’s public debut on behalf of the brand and the release of limited edition products: Laura’s Leading Ladies Vault, a $298 15-piece lip collection containing five colors in three finishes; Laura’s Leading Ladies Duet, a $38 lip gloss and lipstick set that comes in three custom shades and The Iconics, a $170 box filled with 12 of Mercier’s favorite items.

This marks the brand’s second big deal with an influencer. In April, Aimee Song of Song of Style became Laura Mercier’s brand ambassador and its first digital influencer, reportedly inking a contract of around $500,000 – one of the highest to date between a beauty brand and a blogger. Laura Mercier declined to disclose any financial details  about the new partnership, but a source said the fee is similar to that of Song’s.

“You could see an emergence of real smart ones [bloggers]…[and I said] ‘Wow, this is exactly what I’d like to pass on as a message to my consumer,'” Mercier said. “These people weren’t sponsored or paid at the time; it was totally objective. What better publicity is that? And with the vehicle of the internet, what better medium is that?”

When she discovered that Song was an avid user and fan of her products — and the same with Doré — something clicked. Mercier quickly realized that influencers — if partnered with smartly — is the way to go. And she hasn’t looked back.

A significant part of the company’s marketing strategy for this year and next is dedicated to collaborating with bloggers who could tell the brand story in markedly different ways. For instance, Mercier said the stark contrast between Song and Doré — Song is in her 20s and has a very Los Angeles vibe versus Doré, who is 41 and French — is what allows them to speak to different audiences.

But it’s also about the power of the influencer from an unpaid standpoint. Last year, vlogger Jaclyn Hill, who has almost 3.7 million subscribers on her YouTube channel, featured the brand’s Translucent Loose Setting Powder in a video. Mercier maintained that the powder “became a viral sensation,” attributing Hill to the product experiencing almost 200 percent growth year over year and higher sales than ever at partner retailers.

“Garance gives a different vision of things…and has a more European aspect. One is not better than the other,” Mercier continued. “Truly, we are going between two major cultures: the French and American. Because I’m French and the company is American. That aspect transpires everywhere we go.”

Doré interjected: “Through my journey with beauty — you change the way you make your face up — but with foundation, I’ve always been into natural where you can still see the skin.”

This is the philosophy the two share when it comes to makeup — which is exactly the premise Mercier built her company on in 1996. Her hero product at the time — it’s still a bestseller two decades later — is the tinted moisturizer she developed as an alternative to foundation. This was her way of getting around “covering the skin to death to make a canvas.”

A makeup artist by trade, Mercier spent years finding ways to prepare the skin without overdoing foundation — which she said was “the only way to do makeup in America” when she started the company. She was, and still is, obsessed with getting a consumer’s skin to “be alive” and show their real skin.

“We had been using it in France and Europe for years already. I’d find it in pharmacies or mix it myself,” Mercier said of early iterations of tinted moisturizer. “I wanted to share that with my American customers….My partner didn’t believe in it at all — it was like an alien. [But] I went for it. I did not expect such a tremendous response to it.”

Laura Mercier is said to have sales of around $160 million with distribution in more than 2,000 doors globally. In June, the company, along with ReVive, was acquired by Shiseido Americas Corp. for an estimated $260 million. According to Shiseido, the two brands had a combined $175 million in net sales for 2015.