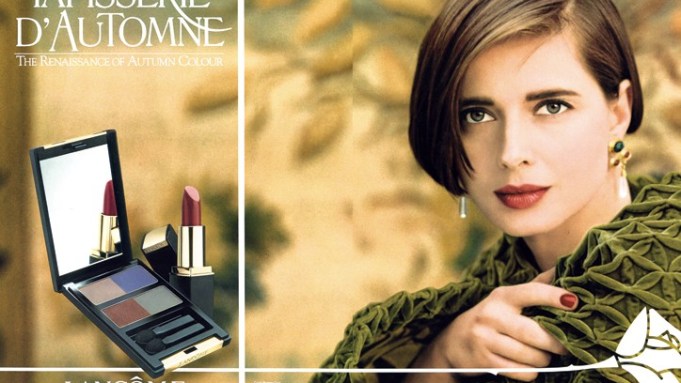 It’s been having a busy time. In July, for instance, the luxury division integrated YSL Beauté, with beauty brands such as Yves Saint Laurent, Stella McCartney, Ermenegildo Zegna and Boucheron. The addition brought more than three points of worldwide market share and allowed the division to claim pole position in the selective market, including the coveted top slot in women’s fragrance.

Yet the economic slowdown has tarnished business turnout. In the first quarter of this year, the luxury division’s sales dipped 0.4 percent to 926 million euros, or $1.21 billion at average exchange. On a comparable basis, its revenues fell 17.5 percent.

Most in the sector are showing their war wounds, however.

Marc Menesguen speaks with WWD about the past, present and future of the Luxury Products Division, which he heads.

WWD: What have been some of its milestones?
Marc Menesguen: The division started in 1964, when L’Oréal acquired Lancôme. Some 45 years later, Lancôme is the number-one brand in the prestige cosmetics market worldwide. In the Eighties, two very important brands were acquired—Ralph Lauren in 1985 and Giorgio Armani in 1988. In 2000 was the acquisition of Shu Uemura and Kiehl’s, and in 2005 was the signature of Diesel. With these three brands, a new vision of luxury was added to L’Oréal’s portfolio. In 2008, the acquisition of Yves Saint Laurent was a wonderful event because, in a way, it was the missing piece of the puzzle. We did not have any French designer brand. So that, in a nutshell, is the history of building step by step a very complimentary portfolio of brands covering a large number of expectations and sensitivities and allowing us to express many visions of luxury from different countries, different cultures, and also targeting people of different ages.

WWD: What have been some notable products?
M.M.: Lancôme started a history of launching breakthrough skin care products like Niosome in 1986. It was the first time skin care used niosomes and was a very successful launch. A little bit more than 20 years later, we’re launching Génifique, which is also a revolutionary skin care product. Everywhere we launch it, it’s number one. Biotherm was the first brand to launch men’s skin care in 1985. In makeup, mascaras have been very important. We’re number one in mascara worldwide. Définicils was the Lancôme mascara launched in 1991, which is still number one in the U.S. selective market. Last year, we introduced Oscillation, the first vibrating mascara. For the end of 2008, it was number one in the U.S. In the beginning of the year, Définicils took back the top position there, but they are really neck and neck. We have Trésor, which has been in the top 10 fragrances worldwide for almost 20 years. Romance is doing so well. [The luxury division is] first by far in men’s fragrance. We are [first] in women’s fragrance, also. Acqua di Giò is number one worldwide. Armani Code is in the top three. So we’re lucky enough to have very important fragrances in the top 10 of women’s and men’s [categories].

WWD: Who are some of the key faces?
M.M.: The most interesting face in the history of the division has been Isabella Rossellini because, particularly in the Eighties, she made Lancôme what it is worldwide. Since then, we have also pushed new faces in Lancôme, like Inés Sastre, Uma Thurman and then more recently, Kate Winslet, who is the new face of Trésor. Daria Werbowy is a very modern, more fashion face. Anne Hathaway has been very successful as the face of Magnifique. One woman cannot represent Lancôme by herself. Using Sasha [Pivovarova] has been a very interesting move for Biotherm. And in men, we have had a few interesting moves, like Josh Hartnett and Vincent Cassel.

WWD: Please discuss the integration of YSL Beauté.
M.M.: It is going very well. Since its acquisition, we have integrated YSL Beauté step-by-step. We [recently] announced a new integration plan for its organization side. YSL had 17 subsidiaries and they are now being integrated into the Luxury Products Division’s subsidiaries in every country. Second, we announced we are creating an “industrial pole of excellence” in the northern part of France, where we will concentrate all our European production in three factories we have there. We’re working to develop skin care for YSL, and it’s going to happen next year. La Nuit de L’Homme has already been launched in March, and a new women’s fragrance is coming in September. A new mascara and foundation are to arrive in the second half of the year. Stella McCartney, [Ermenegildo] Zegna and Boucheron have very [good] opportunities for us to develop new business with new targets. YSL Beauté is a little bit more than 600 million euros [or $813.7 million at current exchange], and our goal is to make it 1 billion euros [or $1.36 billion] in 10 years.

WWD: What market share does your various product categories hold worldwide?
M.M.: We have roughly 20 percent in fragrances, skin care and makeup. The breakdown of our business among the three key categories is very close to the [selective market]. Thirty-five percent is skin care, 43 percent is fragrances and 22 percent is makeup.

WWD: What are the luxury division’s strongest geographic markets?
M.M.: Western Europe is where we are the strongest and we are market leader. In America, we’re number two. We have developed a very strong position in the rest of the world, what we call DRIMC—Dubai, Russia, India, Mexico and China—where we are fi rst overall. China is an amazing success story. We have almost 30 percent of the business in the country, which is a fast-developing market that one day will most probably be the biggest luxury market. We have also developed a leader position in travel retail, where have around 22 percent [market share].

WWD: How is the luxury division fighting the current difficulties industrywide?
M.M.: There will be more innovation. We believe innovation is the number-one driving force for our market, and we have seen whatever the conjuncture, people buy interesting, new, different products. So we have added more launches in our action plan this year. The second priority is to make our brands more competitive in terms of price points, in terms of accessibility, in terms of perceived value. We have increased the level of promotion in a very qualitative way. We have also made sure that even our real luxury brands propose accessible products. The third thing is to push more our younger brands, our more alternative brands, because young consumers seem to be less hurt by the crisis.

WWD: What is your view on e-tailing and TV shopping?
M.M.: In 1999, Lancôme was the first brand in the luxury cosmetics market to open an e-business site in the U.S., and since then, it has developed very successfully. It is representing something like $20 million and is profitable. In the U.S., each of our brands has an e-business site — either freestanding or as a store-in-store. It not only allows us to sell product, but also to give advice. So I think e-business is very consistent with luxury because it helps us also to deliver a very interesting service — a personalized service, in a way. More recently, in the U.S., we’ve been experimenting with TV shopping. It’s successful and interesting. Yves Saint Laurent experienced that before we acquired them. And they have developed an interesting business with HSN and QVC, so we started at the end of last year with Lancôme’s Oscillation, which was an amazing success. It has had a positive impact on our business in-store. Because, in a way, [a presence on TV] not only helps us to sell products, but also to explain what the innovation is about. So it is very compatible with selective distribution. It’s a good model.