Part of the brand's strategy is to find flagship locations in all the key European cities. 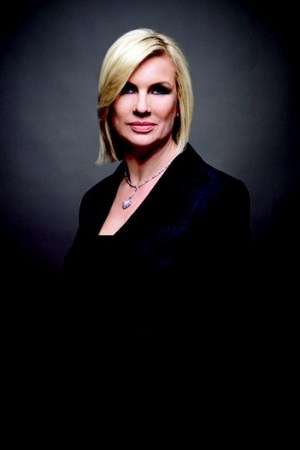 “Europe is currently about 25 percent of our global business, and it’s one of the fastest-growing regions we have,” said Karen Buglisi, global brand president for MAC.

The market is important for the Estée Lauder Cos. Inc.-owned brand — which chose Paris as the location of its second Europe-based trends presentation, for spring 2011, in December — since it boasts many of the world’s major fashion capitals.

“We have long-standing relationships with designers here,” said Buglisi, adding some significant markets within MAC’s EMAI (or Europe, Middle East, Africa and India) zone are Russia, India and the Middle East. MAC’s number-one European country is France, followed by Germany and Spain. Buglisi counts Russia and India among the brand’s fast-growing countries.

“Right now, 50 percent of our business is done outside of North America. We would forecast that could go up to 60 percent, and certainly Europe would be a big part of that,” said Buglisi, looking ahead in the next five years.

In 2010, MAC registered double-digit sales gains in Europe, where the brand is sold in about 450 doors (of which 41 percent are freestanding, making it have the highest concentration of own-stores in any region worldwide). MAC opened 25 freestanding doors there between December 2009 and December 2010, with the most launching in the Middle East, at 11, and Russia, at four.

“It’s double digits in our comparable stores, also,” added Buglisi. “Most of our growth now is coming out of international for the brand.”

Part of MAC’s strategy is to find flagship locations in all the key European cities (in a similar vein to its Times Square door in New York), she explained.

Another way to grow MAC’s business has been through the addition of makeup artists. In 2010, the brand went from having 2,400 to about 3,000.

“It’s very important for us to continue to make the brand consistent throughout the world but also locally relevant,” continued Buglisi, who added the strategy’s in sync with MAC’s “All Ages, All Races, All Sexes” positioning.

In Europe some years ago, for instance, MAC launched the Euristocrats lipstick collection with the European consumer in mind. And in the Middle East, MAC has looked at developing color shades specific to the consumer there.

Also in Europe this year, MAC is trying to further engage communities through its digital and social networks, in part by building an infrastructure to support each region it’s in. To date, the brand has 1.6 million Facebook fans, of which approximately 240,000 are in Europe.

On YouTube, MAC has notched up 2.5 million cumulative views — with about 525,000 coming from Europe.
“Technology is also going to be very integrated into our stores,” said Buglisi. “There’s a focus on our fashion positioning, [too].”

To wit, MAC has recently hired a director of fashion relations as part of its push to further build its link with the fashion community. During the first year, there’s a focus on London and Paris — where MAC will develop its role as the official brand of London Fashion Week and work with the Fédération Française de la Couture, respectively — followed by Milan in the second and third years.

And, no doubt, there will be more collaborations with the entertainment realm yet to come for the brand.