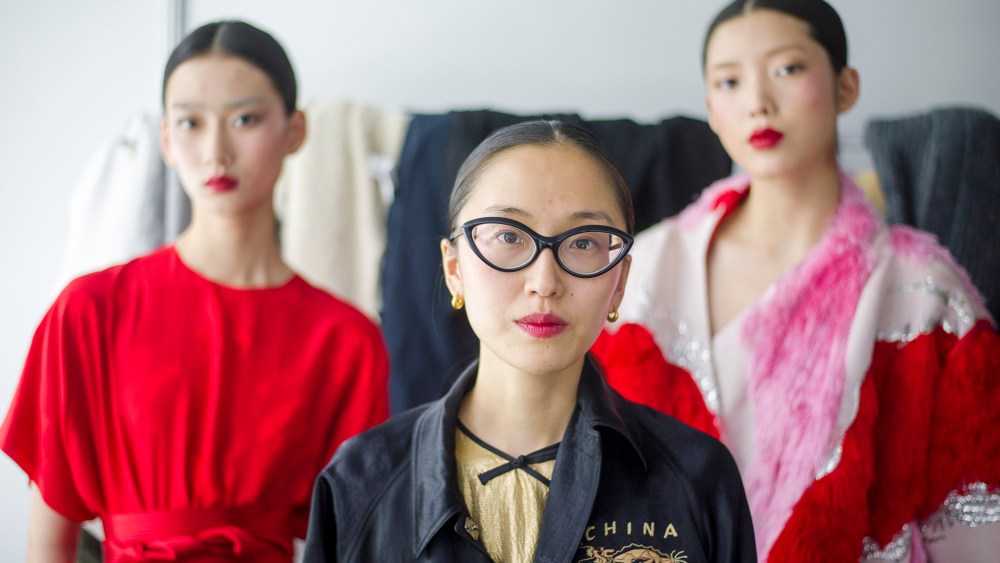 SHANGHAI — A period of rapid expansion for Chinese brand Ms Min, from designer Liu Min, has culminated in the global launch of a collaboration with MAC Cosmetics on the opening night of Shanghai Fashion Week.

The Liu Min collection for MAC, which was more than three years in the making, was initially earmarked for limited Asia-Pacific release, but is now being rolled out globally.

The collaboration launched with a multifaceted event in Shanghai’s waterfront Bund area the evening April 7 that included a modern dance performance, body painting and the presentation of a limited-edition fashion capsule collection, which will be made available in Ms Min’s Shanghai flagship.

The creative germination for the collaboration with MAC started with a 2013 approach from MAC creative director James Gager, who last month stepped down after 18 years in the job.

Liu Min, a Ports 1961 womenswear design alum, when prompted to consider her personal concept of beauty, was drawn to the Chinese concept of “qi,” or energy, which is often invoked as a proxy for health and attractiveness in traditional Chinese culture.

“I am Chinese; that’s my starting point and my roots, it naturally comes to me. I think culture and tradition are a good thing to share with the world,” Min said. “When my grandma wanted to tell me I looked pretty, she would tell me, literally, that I looked pink-red-pink-red…so I had a healthy blush and energy.”

Accordingly, the collection is primarily pink and red and encompasses lipsticks, glosses, a blush compact and eyeliner pot.

The vibrancy of the colors in the collection was mirrored in the energy of the launch party, which featured a modern dance troupe and body painting display with performers dressed — or otherwise adorned — in blush pink and red.

Liu Min’s brand, Ms Min, has been enjoying a period of global growth, with the seven-year-old label this month celebrating the first anniversary of its flagship in Shanghai, as well as international expansion to retailers such as Saks Fifth Avenue and Opening Ceremony over the past several years.

“Expansion isn’t the main focus; if it happens organically, that is great, but that is not a specific goal for us,” Min said. “We have been growing organically, and that growth has been quite fast, but we aren’t seeking further expansion out specifically.”