Make Up For Ever Charts 2013 Growth Plan

The company is planning its first foundation launch in four years, a robust calendar of educational initiatives and a retail expansion. 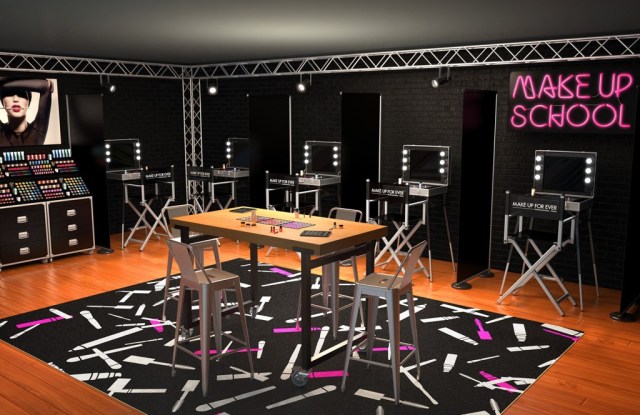 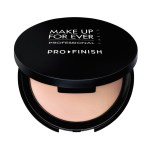 With its first foundation launch in four years, a robust calendar of educational initiatives and a retail expansion planned, Make Up For Ever is determined to make 2013 a year to enhance and underline brand equity.

“This is our year of three E’s — experiential marketing, engagement and education,” said J.P. McCary, general manager, Americas, for Make Up For Ever. “We want to become the makeup brand known for education — our goal is to teach and empower women to learn how to do their make up using our professional expertise. Everything we do in 2013 will have a learning component, but we’re trying to do it in an approachable way that is unique and exciting.”

The brand — founded by Dany Sanz in 1984 and acquired by LVMH Moët Hennessy Louis Vuitton in 1999 — will offer up its biggest launch of the year on Jan. 29, when its new Pro Finish foundation, a wet-dry compact formula, is launched. Unlike many other formulations of this type, the makeup left in the compact doesn’t get “crusty and unusable,” said McCary. This is due to a proprietary vegetal lecithin coating that wraps around each color pigment, enabling a long-lasting, natural finish. Silica and sericite powders are also included for a light-reflecting, soft focus effect. It will be available in 25 shades, each $36.

While McCary declined comment on projected first-year sales for Pro Finish, industry sources estimated that it would do at least $25 million at retail in its first year on counter in the U.S., where it will be sold in 325 freestanding Sephora stores, 386 Sephora inside J.C. Penney doors and four Make Up For Ever boutiques.

The brand, which already operates its own boutiques in Los Angeles and Dallas, will also open two additional freestanding stores this spring: at Canoga Park, Calif.’s Topanga Plaza in February and at Santa Clara, Calif.’s Valley Fair Mall in April. At least two additional doors will be opened this year, said McCary.

Beginning in February and wrapping up in April, the brand’s Make Up School will hit the road, to 10 cities in North America — Los Angeles, New York, Chicago, Dallas, Miami, Las Vegas, Boston, San Francisco, Montreal and Toronto. “The goal is to create a deeper connection with consumers outside of a store setting and give them something that is truly valuable that they can’t get anywhere else — personalized education,” said McCary of the tour, dubbed Make Up Bag Remix. Consumers will be encouraged to bring impulse cosmetics buys — of any brand — to these events, and Make Up For Ever artists will teach them to use the products, free of charge.

“Consumers can book appointments for 30-minute one-on-one makeup bag evaluations inside the Make Up School, where a professional artist will go through their bag, provide an interactive, hands-on lesson explaining how to apply their products, and show them how to supplement what they already own to create their most flattering look,” said McCary. “For those on the go with limited time, we’ll also have makeup stations dedicated to walk-up Focus Lessons, highlighting lip and complexion techniques.”

All attendees will get matched to a Pro Finish shade and receive a sample to take home. More than 500,000 samples will be distributed, and each contains a QR code which links to how-to videos on applying the product wet and dry for best results. Videos will also be available on the brand’s Facebook page, on YouTube and on a dedicated microsite.