Maybelline New York is looking to become more of a one-stop shop for women’s cosmetics needs. 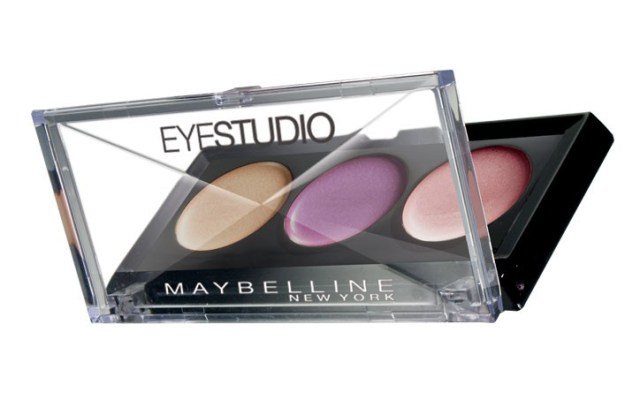 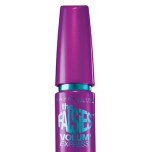 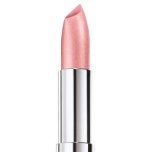 Maybelline New York is looking to become more of a one-stop shop for women’s cosmetics needs, not just her go-to mascara brand.

Mascara, the category in which Maybelline New York leads, is indeed where the beauty brand excels: Maybelline continues to be the number-one brand in mascara with a 35.3 percent dollar market share for the latest four weeks ended April 18, excluding Wal-Mart. But for the second half, launches will build upon many of the division’s first-half successes, such as Eye Studio and Instant Age Rewind, eye and face brands, respectively.

“Historically, our heritage has been around mascara. Year-to-date, Maybelline is up 5 percent in total sales, in line with category growth, with a healthy business in lip and face, which has been important to build credibility in so we are not just seen as a mascara brand. We want to be a full cosmetics destination,” said Ali Goldstein, vice president, marketing, Maybelline New York.

Subsequently, for face, coming in the second half is Instant Age Rewind Protector Finishing Powder, a follow-up to Instant Age Rewind, which launched as a foundation in January and is now the leading foundation launch of the year, said Goldstein. The finishing powder’s formula contains an SPF 25, “the first powder at mass with that high an SPF,” said Goldstein. “Sun damage is the number-one cause of aging skin, so this is quite an innovator.”

Also for face is Dream Smooth Mousse Foundation, meant for the woman with dry skin as it is formulated to provide 14 hours of hydration. Dream Smooth Mousse looks to complement Dream Liquid Mousse and Dream Matte Mousse, which launched in 2009 and 2004, respectively. Dream Smooth features a cream-whipped foundation and uses “hot pour” technology for a light, mousselike texture with coverage.

For lip, Maybelline is building on Color Sensational, the lip brand it launched in 2009 and which to date has garnered a 6.8 dollar share year-to-date ended April 18. Maybelline lip continues to outperform the category with 8 percent growth versus a dip of 5 percent. Coming in June is Color Sensational Pearls Lipcolor, which offers a pearlized luminescent finish in 10 shades. Pearls are packaged in a Champagne pack and will be merchandised in their own separate tray, alongside Color Sensational. There’s also a Color Sensational Lipstain, which uses a water-based formula along with berry nectars for a sheer wash of color. The Lipstain pack looks like a pen and will be available in 10 shades.

For eyes, Maybelline is building on its Eye Studio franchise, which also launched in January, with Eye Studio Color Gleam Cream Eyeshadow. Gleam Cream is Maybelline’s first cream shadow and is looking to specifically target the department store shopper.

“This is our attempt to recruit department store shoppers into the mass market by offering a cream eye shadow. There aren’t many at mass,” said Goldstein. Each compact has three bright shades saturated in color with a slight shimmer finish. The launch of Eye Studio, said Goldstein, catapulted Maybelline’s shadow sales by 59 percent, and helped boost the category, which she said grew 13 percent year to date, adding that Maybelline now carries a 24.3 dollar market share year-to-date of shadow. Last year, she pointed out, the category was down 4 percent.

Within mascara, Maybelline is building on its Volum’ Express core mascara pillar brand with Falsies, a mascara that targets women looking for more lashes — women who traditionally seek out false lashes.

“The premise is not just a mascara, but the false lash effect in a tube. We achieve this through an innovative fiber brush that has a tip that’s slightly flat and cupped like a spoon. So, the formula fits in the spoon shape and is deposited in a unique way. The stem has a flexor technology with a joint to give flexibility when you apply it. So, it separates and lifts. Within the formula there are pro keratin fibers which attach to the lash to enhance volume,” said Goldstein.

Volume, which is the largest segment in mascara and accounts for more than 50 percent of sales volume, was targeted two years ago by Maybelline with Colossal, which continues to hold a 6 percent dollar market share. Last year, mascara was one of the largest growing categories, with increases as high as 9 percent. For the year-to-date period ended April 18, mascara is up 3 percent, “so it has slowed slightly, but it is still very healthy,” said Goldstein.

Maybelline New York is betting that Falsies will prove as successful in the U.S. as it has in Europe, where it launched in January.

“It has been the best mascara launch for us. In France, Italy and Germany, it is the number-one brand. In Italy, Falsies is already bigger than Max Factor and Rimmel, and it has experienced the same caliber of success in France. We are reinventing volume from what we have in the portfolio,” said Maude Brunschwig, director, global marketing, Eye Category, Maybelline-New York.