The 80-year-old beauty brand is embracing the benefits of its rich heritage, while trying to erase the signs of age. 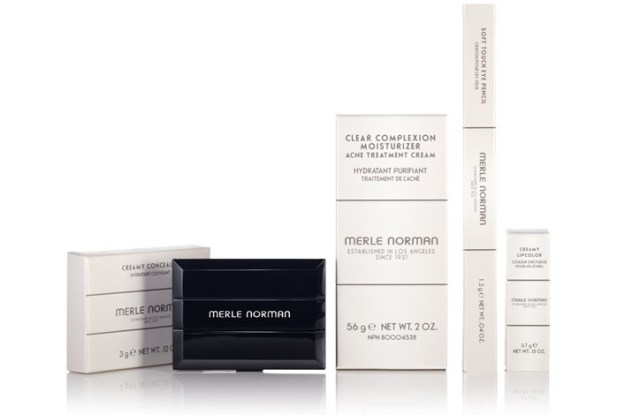 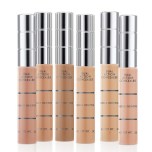 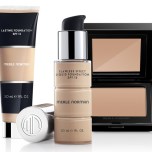 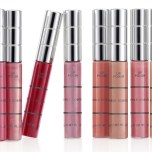 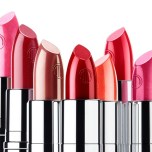 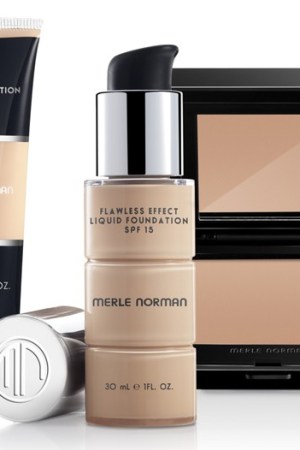 Merle Norman, the 80-year-old Los Angeles-based company whose namesake makeup artist creator started a network of makeup studios long before MAC, Bare Escentuals and Benefit were in beauty industry petri dishes, is embracing the benefits of its rich heritage, while trying to erase the signs of age.

Merle Norman’s history is on full display at its headquarters near LAX that date back to 1952. There are employees whose careers at Merle Norman span decades, an on-site dentist that provides cleanings for as little as $2, a cafeteria that charges a quarter for daily hot meals, a Twenties-era Rover stove upon which Norman concocted her earliest formulas and a museum of ancestral products that includes Norman’s original “Three Steps to Beauty” of Miracol, Cold Cream and Powder Base.

Merle Norman executives are proud of the brand’s past, but they don’t want the brand to get stuck there and seem too “old lady,” a damning tag in a beauty industry obsessed with youth. President and chairman Jack Nethercutt, who is Norman’s great nephew, admitted the packaging “needed to get into the 21st century.” He has poured $4 million-plus into overhauling its look, which he views as an investment in the company’s future growth that is dependent on reaching customers younger than its stronghold of fortysomethings and studio owners younger than their current average age of 55 years old.

“Basically, I needed to take the business to that next level, and the existing packaging was not letting me do it,” said Nethercutt. “What gave me the opportunity to be frank was my father’s death [in 2004.] He [Merle Norman co-founder J.B. Nethercutt] died at the age of 91 and was, until the last year or so, still very active in the business. He was pretty set in his ways, and he didn’t want change. After his death, and I took over, that gave me the opportunity to move forward.”

The arduous process of renovating Merle Norman began with Nethercutt and his wife, Merle Norman vice chairman Helen, interviewing packaging designers, beginning with a few who had worked for Merle Norman in the Sixties. “They sent the preliminary sketches of what they thought the company should be, and it was very old-lady looking, very florally, and it wasn’t good,” Helen recalled. She said it took a recommendation from friend and fashion designer Bradley Bayou, who has designed clothes for her, for Merle Norman to “hit pay dirt” with Marc Atlan, whose previous clients ranged from Tom Ford to Comme des Garçons.

Atlan submitted six designs and six logos for consideration. A logo he first drew up for men’s products that has Merle Norman’s initials encircled and in a font inspired by the Art Deco structure that housed the company’s first offices in Santa Monica, Calif., ended up being the one the Nethercutts liked the best. “It was a bridge to the future without being an absolute revolution,” said chief operating officer Rosanna McCollough, who was brought on board last year to help execute the restage and develop product and marketing strategies after amassing a résumé crossing beauty and media companies such as Neutrogena and Twentieth Century Fox.

Atlan streamlined the packaging. The product assortment, which has roughly 1,000 stockkeeping units, is no longer divided into an upscale Luxiva collection and a lower-priced so-called “family” collection. It is all under the Merle Norman name. Gone as well is gold, formerly a signature color that the Nethercutts thought was dated, and in its place is silver. Repeated details on the packaging are lines that add a textural element by visually breaking boxes and components into thirds. “The main thing was to simplify it,” said Jack Nethercutt of Atlan’s reworking of the packaging.

The packaging changes gave Merle Norman the opportunity to rethink its product lineup and the holes within it. Last year, Nethercutt said Merle Norman launched eight products with 31 shades and, this year, the brand will launch 21 products with 113 shades to ensure it can match customers that walk through studio doors. “We promise you that across 14, 15 different [foundation] formulas we’ve got the shade for you. We’ve got 90 different shades across our lines. That is the strategic advantage,” said McCollough, who labored to enhance products’ sun protection and antiaging properties. The $28 Foundation Primer Plus, for example, has SPF 15 and is packed with peptides and antioxidants.

The new Hussy collection was Helen’s personal project. Its name comes from an award-winning 1934 Packard LeBaron Sport Phaeton owned by the Nethercutts that originally belonged to Jack Hussey. The “e” didn’t fit into the license plate, hence, “Hussy.” The gold-flecked red color of the car has memorized onlookers, and the Nethercutts have been constantly asked about turning it into a lipstick. The Hussy revolves around that color and features it in seven products, including a $15 lipstick and an $8.50 nail lacquer in partnership with OPI. The Hussy collection also has a $60 eau de parfum created with Takasago. “I wanted a hint of everything. There’s jasmine, gardenia, musk, a hint of vanilla, amber,” said Helen, who noted the Hussy collection would expand in the future to body care and bath salts.

In advertising slated to hit the television airwaves in the fourth quarter, model Carol Lago, chosen by Helen for her “Angelina Jolie lips,” wears the Hussy lipstick and lounges in the car that gives it its name. Merle Norman’s advertising budget, excluding marketing by its studio owners, will be $6 million to $8 million this year covering television, print and other collateral. Print ads began to appear in June magazines the likes of Allure, InStyle and Glamour.

The success of the packaging reboot will be experienced at Merle Norman studios, which are largely concentrated in the South, Midwest and Southwest. Nethercutt and McCollough believe it will amp sell-through in operating studios and attract new potential studio owners. Since 2007, Nethercutt figures the company has lost 300 studios and hopes to bring the number back to the prerecession total of 1,800 to 2,200 franchised studios. Another goal is to drive sales of color products, a purchase more associated with younger consumers. Currently, the Merle Norman business is roughly 38 percent foundation, 30 percent skin care and the remainder in color.

Nethercutt said the company generates around $200 million in retail sales and is expected to register flat growth this year. “In terms of the cosmetic sales, ’09 and ’10 were basically flat, which, in this economy, I will take,” he said. “Considering that we lost a number of studios, for our sales to stay flat meant that the existing studios that were left were actually selling more, but the main thing is we’re still very profitable.”

Eventually, Merle Norman plans to increase its international penetration. The brand already has studios in Dubai, Canada, Guatemala, Bahrain, Hong Kong, Taiwan and United Arab Emirates. “We would love to have international expansion, but we also know that there is a dual-pronged effort,” said McCollough. “We have to do the right thing here in the U.S. while we’re also working on the international, and quite frankly, its going to take us the better part of this year to finish this packaging effort while we’re laying the seeds for discussions internationally.”