By Molly Prior on December 18, 2009
View Slideshow 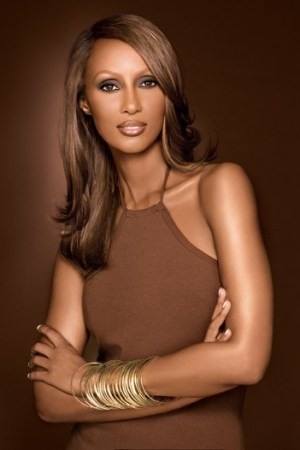 Iman Cosmetics, the eponymous makeup line of supermodel Iman, is gaining ground in the mass retail channel, as many brands its size struggle to maintain display space and door count.

The premium-priced cosmetics range — items sell for up to $15 — was developed for women of color 16 years ago. After a run in J.C. Penney and Sephora, Iman Cosmetics began entering the mass channel in 2004 and later that year inked a distribution deal with Procter & Gamble Co. The line is carried in 1,700 doors, and industry sources estimate it generates between $20 million to $25 million in retail sales.

Now, Iman, the line’s founder and chief executive officer, said the state of the consumer reinforces its place in an ultracompetitive market. “Inherently, consumers have changed. They are not interested in keeping up with the Joneses. They are looking for value,” said Iman. The company will enter 300 additional doors next year, bringing its total door count to 2,000 and representing a increase of 22 percent over the prior year. Walgreens will account for 200 of the new doors.

The line also plans to enter the minerals fray in March with the introduction of the $15 Iman Luxury Radiance Liquid Makeup Enriched with Minerals. “We asked women what is it about the mineral brands out there that is not working for women of color — minerals don’t work for some of my white friends either. But that’s they’re own problem….They can go to Dior,” quipped Iman.

In recent years, the brand has pared back certain categories to focus on face makeup, which accounts for 60 percent of the company’s business. Lip and color follow at 30 percent and 8 percent, respectively, with skin care making up the balance, said Desiree Reid, general manager and senior vice president of brand development.

Iman Cosmetics’ message of “the color of one” is resonating with retailers — including Walgreens, Target, Wal-Mart, Duane Reade and Ulta and on Drugstore.com, but the aim, reminds Iman, is selective distribution.

“Being [in] every door bleeds you. It spreads your resources too thin,” she said, adding that it also sticks the vendor with mountains of inventory.

The Internet has played a vital role for the brand’s growth, said Reid. The brand began selling on Drugstore.com at the start of this year. The online retailer created a virtual Iman Store that includes a feature called, “Recreate this Red Carpet Look!” It shows a glamorous photograph of Iman, then lists the nine products need to create the makeup look. Shoppers can click on the collection, totaling $100.91, to place it in their basket.

Iman also is a devotee of Facebook and YouTube, and includes face charts and event photos on imancosmetics.com.