The battered nail-care business is clawing its way out of the red. 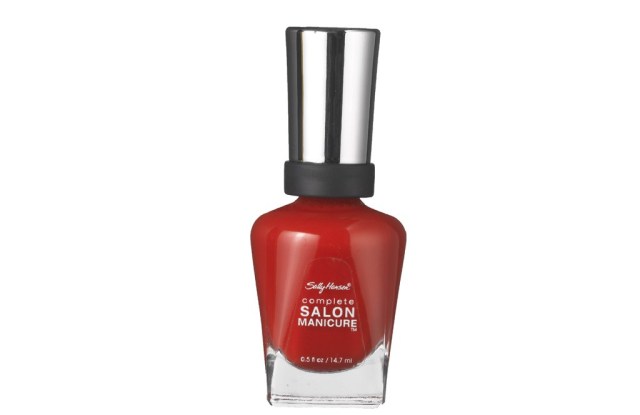 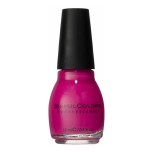 The battered nail-care business is clawing its way out of the red.

While still in negative territory, mass retailers see a glint of hope in the $1.6 billion category as losses are reduced, thanks to innovative nail launches.

Retailers estimate the nail category posted 15 percent declines for the first half of 2014, ended March 30, a trend that put a dent in the overall beauty category.

However, IRI numbers for multiunits (drug, food, supermarket, club, military, discount and dollar stores) reveal the sales drop has been pared to 4.9 percent for the 52-week period ended Oct. 5 in the $1.6 billion category. “The nail business is cyclic,” explained Paul Murphy, president and general manager of Sinful Colors, who predicted last April the second half would improve. But retailers said they see more than just normal business cycles reinvigorating interest in the category.

“Nail is coming back to some extent, mostly thanks to Sally Hansen’s Miracle Gel and Revlon’s Colorstay Gel Envy,” said a top drugstore chain merchant, who added that those two brands “brought business back from the dead.”

Women have clearly shown they like the gloss and wear of gel manicures, but are disappointed with the damage and the time it takes to sit under the light to cure the color. Innovations, particularly from Miracle Gel and Gel Envy, solved that problem with a two-step polish and light –activated top coat that’s been a hit with gel crazed shoppers. The at-home gel companies, however, feel there’s still growth in their kits. “We know there are women, especially in this economy, who want to save money and do gels at home,” said Barry Shields, managing partner of Red Carpet Manicure, which has been a strong performer at Ulta. Red Carpet is responding with a new 30-second lamp.

Carrie Connell, senior marketing manager for Kiss Products USA, suggests the damage gels have caused has more women interested in full cover artificial nails and nail art. Among the new items Kiss is rolling out for 2015 are Kiss Salon Acrylic French nails for a more natural and seamless look; Kiss Salon Secrets Luxe Accents, stones charms for a 3-D look; and a Kiss Salon Secrets Nail Art Pro Tool Kit. Connell said Mintel research reveals 46 percent of nail product users are interested in trying nail art tools. “Many go to craft stores [for items for nail art] so we created a kit our retailers could sell that includes everything they need,” she said. Walgreens, CVS, Rite Aid and Kmart all plan to offer the $9.99 kit.

Harvey Alstodt, president of MBA Beauty, said one reason women shied away from nail enamel in the past year is fear of the chemicals in formulas. He’s getting traction for his new water-based polishes called Color Well.

A final tact retailers used to rebuild nail is presentation. Rite Aid, for example, has nail bars in more than 500 stores that Bill Bergin, group vice president health and beauty at Rite Aid said has delivered “impressive results.” Walgreens polished its nail merchandising with an illuminated fixture with a focus on its wide range of price points stretching from Sinful to higher end brands such as Essie.

Buyers plan to tinker with planograms to eliminate slow stock keeping units to clear space for implements and nail care such as Vitry’s line, which promotes healthy nail growth. The statistics suggest they are on to something: IRI data proved those were the two strongest areas with treatment volume up 1.77 percent and implements grew 1 percent.

“My only fear is the nude nails the fashion industry is showing right now that doesn’t help our efforts to sell more color,” said one buyer. “I hope for more vibrant hues for the summer,” she concluded.