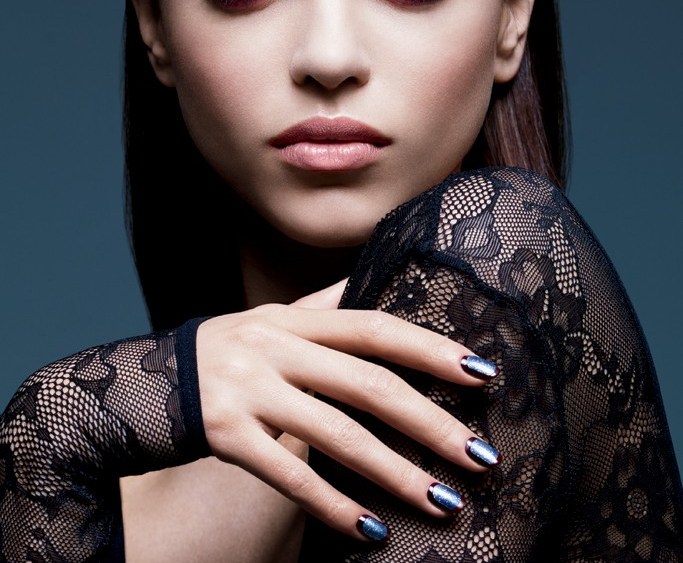 On a recent sunny afternoon in New York City, the Nail Studio in Sephora’s Columbus Circle store was buzzing. Shoppers explored a five-tier display stocked with kits from Ciaté, glitter lacquers from Nails Inc., mattes from Butter London and chic classics from Dior. Across the way stood four stations equipped with step-by-step nail-art video tutorials, an array of polishes and remover—all waiting for customers eager to try out the latest look. One woman was doing her best to emulate the geometric nail art shown on screen and two teenagers were swapping tips.

If these shoppers are any indication, the booming nail category shows no signs of slowing down. In fact, not since lip gloss in 2004 has the market seen such rapid, exponential growth. SymphonyIRI reports mass-market nail sales were up 10 percent in 2010, 19 percent in 2011, 18 percent in 2012 and more than 15 percent in the last 52 weeks, with an approximate volume of $1.2 billion, not including Wal-Mart. In the prestige category, sales rose 42 percent in 2012, for a volume of about $37 million. The top five mass-market brands are Sally Hansen, Kiss, Essie, Revlon and Sinful Colors; in the prestige market, the leaders are Chanel, Dior, Deborah Lippmann, Butter London and MAC.

“Nail is the fastest-growing category,” says Victoria Gustafson, principal of strategic insights at SymphonyIRI Group. “It’s the biggest contributor to cosmetics growth in the last four years. It is amazing how much innovation and ingenuity goes into this category.”

That level of newness is catnip to consumers and retailers alike. “I don’t think that we have fully tapped the potential of the category,” says Margarita Arriagada, senior vice president of merchandising at Sephora. “Will nail see the humongous, explosive growth it has seen in the past? It will stabilize. But I do think it will outpace the total color category. There are many new businesses, like gel coats, that are going to be sustainable in the future,” she continues. “There’s no looking back. We anticipate that it will absolutely deliver great growth.”

Demographic factors also foretell continued growth. “In the next five years or so, the percentage of Millennials is going to raise by 10 percent of sharable shoppers,” says Gustafson. “They are very much about being fast paced and nail is a perfect expression of that.”

Thus far, Sephora has installed Nail Studios in 341 locations in the U.S. and Canada, and other retailers are quickly following suit. CVS has opened its Nail HQ format in about 2,000 stores, in-store kiosks that allow shoppers to view shades via nail strips. According to Alex Perez-Tenessa, vice president of retail merchandising, beauty and personal care at CVS, sales exploded 40 percent in 2012, and have continued to increase 20 percent since launch.

Meanwhile, in 2012, Walgreens rolled out its Nail Bar concept, which includes a manicure service.

When consumers are in store, they are buying. According to Nathalie Kristo, senior vice president of marketing at L’Oréal Paris, on average, women purchase 11 bottles of nail lacquer each year. “Nail is a pick-me-up,” says Kristo, “a little indulgence that she is more than happy to add to her routine.”

Sally Hansen’s research reveals a similar dynamic, with more than 58 percent of women saying they buy a new polish as a treat. “Nails is something women do for themselves,” says Bill Boraczek, senior vice president of global marketing at Sally Hansen. “It’s the only makeup where you can see the color all day long. And nail color is a great way to play in the current trend without spending a lot of money.”

Color may be hot, but as Boraczek says, “Texture is the new frontier.”

“We think 2013 will be about texture with embellishment,” agrees Julia Goldin, global chief marketing officer at Revlon. “Nails are making their own statement on runways, pop culture and even on the fingertips of the First Lady. Women are taking more risks like nail art, since it doesn’t interfere with their daily look.”

“Textures are interesting because you don’t have to necessarily go to a salon to do it,” says Deborah Lippmann, whose fall launches feature matte glitter inspired by popcorn ceilings in Seventies-era rec rooms.

Ciaté’s Charlotte Knight is one of the most creative innovators of new textures. “For fall, we’re working with the colors of dragonfly and butterfly’s wings and taking the shimmering effects and turning that into polish,” she says.

“Because of textures, nail has become like a hybrid fashion category,” says Orrea Light, color designer of L’Oréal Paris. “It’s very fast and what’s great for us is that we can move a lot quicker to the market. You don’t necessarily always see as much change in the other categories.”

In fact, analysts say that energy is one marketers would do well to harness. “I hope that lip will wake up and try to do what nail is doing, which is excite the consumer,” says Gustafson. “Hopefully, there will be some lessons learned and lip will be the new nail.”

POINT OF DIFFERENCE: This fashion-driven brand is free of formaldehyde, DBP and toluene.

NUMBER OF DOORS: 2,176 globally, including Nordstrom and Macy’s

FOUNDED BY: Charlotte Knight in 2009

POINT OF DIFFERENCE: The line is a pioneer in textural nail-art kits for the DIY nail enthusiast.

NUMBER OF DOORS: 6,000 globally, including Sephora and Bloomingdale’s

FOUNDED BY: Deborah Lippmann in 1999

NUMBER OF DOORS: 1,050 globally, including Nordstrom and Neiman Marcus

NUMBER OF DOORS: 35 in the U.S., including Beauty Bar and C.O. Bigelow

FOUNDED BY: Aretha Sack and Janine Lee in 2011

POINT OF DIFFERENCE: Funky colors like saturated neons, opaque creams and holographic glitters with a vintage vibe are the focus.

NUMBER OF DOORS: 17 globally, including Urban Outfitters and Dagny+Barstow

FOUNDED BY: Ginger Johnson and Liz Pickett in 2010

POINT OF DIFFERENCE: With creamy pigments and foil-like metallics, this vegan line is influenced by the arts, entertainment and fashion.

NUMBER OF DOORS: 70 globally, including Urban Outfitters and Ricky’s

NUMBER OF DOORS: 27 globally, including Space NK and Sephora

NUMBER OF DOORS: 328 in the U.S., including Sephora and QVC

FOUNDED BY: Georgina Hofmann and Nicole Lee in 2010

POINT OF DIFFERENCE: Polish is housed in a pen, and outer packaging art is created by young artists who share in the profit.

NUMBER OF DOORS: 240 globally, including Kirna Zabête and Ron Robinson

NUMBER OF DOORS: 1,376 globally, including Sephora and Harvey Nichols

FOUNDED BY: Elin Dannerstedt in 2011

NUMBER OF DOORS: 300 globally, including Harvey Nichols and Barneys

FOUNDED BY: Theresa Williamson in 2011

POINT OF DIFFERENCE: This long-wear, quick-drying polish is inspired by southern belles.

POINT OF DIFFERENCE: After switching to organic foods during her pregnancy, former model Kim D’Amato created a nail line that followed suit.

NUMBER OF DOORS: More than 800 globally, including Whole Foods and ABC Home

FOUNDED BY: Daniela Maldonado in 2012

POINT OF DIFFERENCE: Off-beat distribution model such as Etsy.com and small boutiques are a hallmark of this colorful line.

NUMBER OF DOORS: 13 globally, including Fab.com and Malibu Nail Art

POINT OF DIFFERENCE: The minimalist brand focuses on chic classic colors with a high-shine formula.

NUMBER OF DOORS: 150 globally, including Barneys and Tenoverten

POINT OF DIFFERENCE: From the street to the runway, Rococo takes inspiration from a variety of fashion outlets.

NUMBER OF DOORS: 85 globally, including Space NK and Bloomingdale’s

POINT OF DIFFERENCE: These fashion-focused stickers offer designs and effects that can’t be created with polish; each kit includes a full set for nails and toes.

NUMBER OF DOORS: 12,000 globally, including Wal-Mart and Urban Outfitters

FOUNDED BY: Robin Coe Hutshing and Nicole Ostoya in 2011

POINT OF DIFFERENCE: It’s known for its ombré effects and innovative kits with compatible colors inspired by the runway.

NUMBER OF DOORS: 490 globally, including Sephora and Nordstrom

FOUNDED BY: Feride Uslu and Jan Mihm in 2003

NUMBER OF DOORS: 200 globally, including Colette and Woodley & Bunny