Nars Expands Its Stand-alone Store Base

The brand has a pair of freestanding shops set to open this week and next. 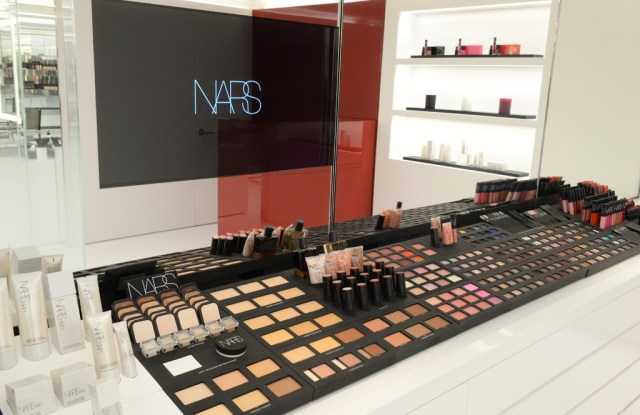 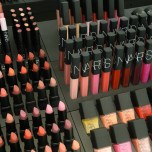 Nars is expanding its retail footprint with a pair of freestanding shops set to open this week and next.

The first, opening today at 971 Madison Avenue in Manhattan, is intended as a second New York flagship, while the second will open May 25 at in Las Vegas at the Forum Shops at Caesars Palace. They mark the fifth and sixth freestanding Nars stores.

A key reason for opening these stores — aside from selling product — is deepening the brand’s involvement with the makeup artist community, said Louis Desazars, chief executive officer of Nars.

“In terms of product offerings and events, we are developing more and more things with an eye toward a makeup artist relationship,” said Desazars. “They not only use the products themselves, they also share them with their clients. They are fantastic ambassadors for the brand.”

The 700-square-foot Madison Avenue store and the 1,200-square-foot Las Vegas shop were both designed by François Nars, founder and creative director of the brand that bears his name, and Fabien Baron of New York design firm Baron & Baron.

While much of the Madison Avenue space is stark white — including a high-gloss white Corian display table — a few pops of color, including a cash wrap in a high-gloss red lacquer the same as the brand’s popular Jungle Red lipstick, are incorporated. Elevated mirrored podiums spotlight the brand’s latest launches and its featured products. A floor-to-ceiling glass cube with hidden lighting is the centerpiece of the space; the brand plans to use it for installations and projections, among other things. Four permanent makeup stations are in a cozy corner near the cash wrap, allowing privacy for makeup application, said Desazars. Marble surrounds the entrance door and display windows, and a black metal facade on the exterior showcases the brand’s three-dimensional logo.

Desazars also noted that the corner location across from the Carlyle hotel gives Nars windows on both 76th Street and Madison.

The Las Vegas store also features stark white walls, a glossy white display table, elevated mirrored podiums and a Jungle Red cash wrap. Given its larger space, the Las Vegas outpost also includes six permanent makeup stations and an expansive VIP area (where two of the makeup stations are located). An 11-by-16-foot LED screen will feature short films created by the Nars team. A technique-focused sales area will include iPads for customer use in learning makeup application tips and techniques.

Adapting features to fit the city and space of each store is natural for Nars. “While you want some things to be consistent throughout all of the stores, you also have to adapt to each environment, to each city and country — I think it’s more modern that way,” he said, adding that he eventually hopes to open freestanding stores in Asia and Europe, as well as other U.S. locations.

Both the Madison Avenue and Las Vegas spaces will feature “François’ Favorite Things,” an eclectic mix of objects that have inspired Nars over the years — including films, books and photographs — which will be available for purchase and rotated quarterly. Nars, a bibliophile, noted that it’s especially hard to edit this area. “There’s always another book I want to put in there,” he said with a smile.

While Nars and Desazars declined to comment on projected sales, industry sources estimated that they could each do $2 million at retail a year.