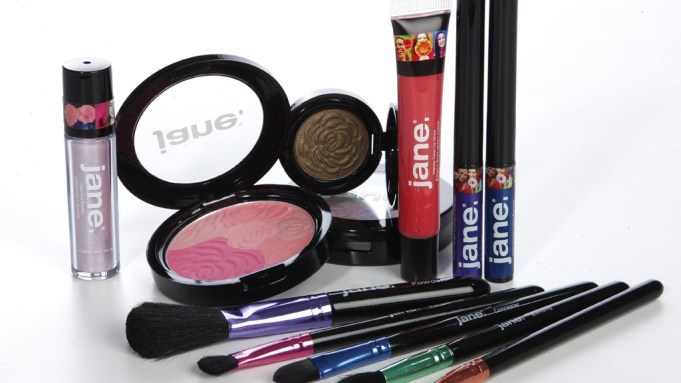 Creativity and entrepreneurship are alive and well in beauty, as evidenced by the influx of new color cosmetics brands this year.

The surge of activity rivals the march of makeup artists and founder-led indie brands to retail in the Nineties, and it’s a sign that brighter days are ahead.

“The economy is back. Anyone who had an idea can now get funding,” said Marla Malcolm Beck, cofounder and chief executive officer of the beauty apothecary Bluemercury Inc. Beck, along with several other beauty merchants, praised the latest crop of color lines for its ingenuity.

“Everything has a really strong point of view,” said Beck. “The way that you’re going to get trial is by producing a product that people haven’t seen before.”

All of these makeup lines launched in 2013.

The pile-on of entrants is a notable trend considering that just a few years ago the prospects of securing distribution at a department store or specialty chain were dim for beauty newcomers. In the wake of the recession, risk-adverse retailers were wary of any brand that was untested and, even worse, underfunded.

Retail sentiment has done an about face, as a number of stores — including Saks Fifth Avenue, Macy’s and Barneys New York — have revamped their beauty departments, adding a number of new brands in the process. For instance, Macy’s newly renovated Herald Square flagship in Manhattan added niche, luxury brands such as Tom Ford Beauty and Dolce & Gabbana, and Barneys’ new floor houses newcomers Make and Troy Surratt. Sephora has also shown its interest in color, serving as the launchpad for Marc Jacobs Beauty, Ardency Inn and the upcoming color line from Ciaté, which is slated to roll out in April. Butter London, meanwhile, launched its Bespoke Colour collection at Ulta last summer, before expanding to Henri Bendel and Harvey Nichols. The relaunched Jane Cosmetics, now owned by investor Lynn Tilton’s Patriarch Partners, also entered Ulta first before expanding to Kohl’s in November.

“In 2012, we began to see designer brands and alternative brands among the faster growing brands in prestige,” said Grant. She recalled that in 2012, makeup sales gained 7 percent to $3.8 billion. Designer makeup brand outpaced that growth, gaining 11 percent in the year, and alternative brands rose 33 percent, led by Urban Decay and Benefit Cosmetics.

That pace has continued this year. In the first half of 2013, makeup sales gained 8 percent to $2 billion, according to NPD. Designer makeup brands, for their part, gained 12 percent and alternative brands grew 28 percent. Grant pointed out that many of these brands have taken an alternative route to build distribution.

“For a newcomer, a brand can exist with an online presence and drive traffic [to the site] through tweets and social media,” said Grant. “You can showcase the breadth of the line and tell your story.” From there, many aim to graduate to an open-sell specialty store environment. “That is still the most captivating [experience] to consumers,” added Grant.

Several of these brands, most notably Charlotte Tilbury and Em by Michelle Phan, used the Web to build awareness and a great deal of fanfare months before their introduction.

Prior to the launch of her namesake makeup range at Selfridges in September, Tilbury dropped hints about the line’s creation on her blog. She continues to engage readers with almost daily blogs posts and tweets, which cover everything from fashion week looks, product developments and exotic vacations. The line will hit the U.S. in September 2014.

“It’s been pretty exceptional,” said Jayne Demuro, head of beauty at Selfridges, of Tilbury’s makeup range. “It’s all about the different looks you can achieve with one face,” she said, adding that Tilbury’s wardrobe approach has prompted shoppers to purchase four or five products at a time. For a newcomer to catch her eye, Demuro said, “There has to be a real standout point of difference.”

Ardency Inn, which has entered 35 Sephora doors across North America since September, is attracting attention with its punk rock aesthetic and the tag line “How to look badder.”

“Our goal with this brand was to combine our passion of makeup artistry and music,” said Gilles Kortzagadarian, who cofounded the line with Stephane Siboni. “In a sense we are more of a fashion brand in terms of how we communicate,” he added, noting there are very few products and very few steps. Its link to music isn’t simply a marketing ploy for Ardency Inn, which taps musical artists as brand ambassadors. “Every season, we produce music videos. Our goal is to offer artists a recording studio,” said Siboni. “We see ourselves as a publisher of content.”

The music scene is integral to the line’s positioning, but the products are designed to stand on their own. They include Americana Custom Coverage Concentrate, $38, which allows users to custom blend their own tinted moisturizer (the more drops of Concentrate added to the moisturizer the higher the coverage), and Punker Crystal Studs, a $39 set of 25 reusable glass crystal “skin jewels” that can be applied to the skin or to nails. Ciaté, known for textural nail polish finishes such as caviar, sequins and foil, is in the midst of developing a color cosmetics range, which will bow at Sephora this spring. Ciaté founder Charlotte Knight hinted that innovations will include an a product to create an ombré lip, glosses and a new twist on mascara. Knight also promised an “unbelievable eye product that has never been done before. We’ve taken one of the most successful nail trends and we are bringing it to eye.” Adhesive strips perhaps?

Knight wants to encourage women to broaden their approach to color. “Just like nail, there’s an opportunity for people to become much more experimental in makeup,” said Knight. “We don’t want to just bring out stuff that already exists. We want to fix a problem. People expect product innovation from us. We’ve got some incredible stuff that’s never been done before,” she said. “Ciaté is becoming an entire cosmetics company,” Knight said.

By this fall, Butter London had expanded the range to include eye and cheek products, and more lip formulas, all tailored for a young, hip consumer.

“Our core business is nail, but we see color cosmetics becoming a big piece of the business,” said Freytag.

Jane Cosmetics also looked to Ulta for its return to the market. The brand had lost footing in the mass market — and all of its distribution — after filing for Chapter 11 in early 2009. Later that year, it was purchased by Patriarch Partners.

“It had lost all of its shelf space. People had lost confidence in the company, but not necessarily the brand,” said Tilton, founder and ceo of Patriarch. She sought to take the line higher end but maintain value pricing. Jane Cosmetics also is eschewing drugstore distribution (its heritage), but remains focused on a younger customer base.

“When a brand dies, it all starts with the absence of innovation. You must reignite it with innovation,” said Tilton, who runs Jane out of the offices of Stila, which she also owns. Tilton built the brand’s new positioning around philanthropy. Product packaging features the faces of “The Friends of Jane,” a real group of culturally diverse women who are giving back to their communities. The brand’s “The Friends of Jane” program donates a portion of Jane sales nationwide to nonprofit organizations led by women. “We want Jane to build a community of women who are kind to each other,” said Tilton.

Retailers are enthused about the choices in front of them. Just last May, Beck of Bluemercury put out a clarion call for niche cosmetics brands at the WWD Beauty Summit, telling the crowd, “No more skin care, please!”

Now she is trying to determine which lines to add to Bluemercury’s 50 stores. But Beck said time will provide the ultimate test for newcomers. “It’s not just about the launch. You’ll see who will be successful based on the brands’ next wave of products. It’s about building a long-term business.”