"This brand is about being inclusive, warm and approachable,” said Creme. 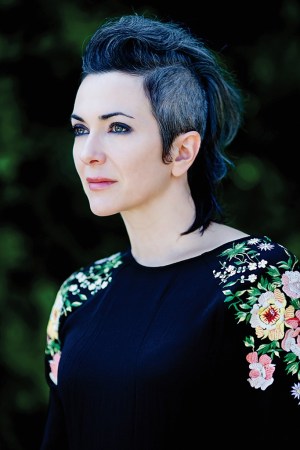 Nonie Creme loves color. (Just look at her six-year-old daughter’s blue hair as proof.) When she was first courted for fashion shows as a manicurist, it was because of her paint-mixing skills; prestige nail line Butter London, which she joined in 2006 as founding creative director, was built on high fashion color. Now, she’s looking to infuse poppy brights into the mass market with her first makeup line, Colour Prevails, which launched exclusively at Walgreens in January. “I knew I wanted to do another color range, but how do I do it without just looking like a redo?” says Creme. “If my past life [at Butter London] was about making stuff that was very exclusive, high-end and luxury, this brand is about being inclusive, warm and approachable.” Ever the rebel, Creme opted for eclectic packaging — the precision painter on the nail polish looks like a butterfly wing — to brighten up the beauty aisle. Plus, there will be tester units on all Colour Prevails fixtures, “which is something you are not used to seeing at the drugstore,” she says. The brand, which industry sources estimate could reach $30 million at retail in its first year, is born from Creme’s motto of being respectfully disruptive in the beauty space — something that Walgreens was eager to be part of. “Let’s be honest — it’s a conservative company and I am not a conservative choice,” she says, adding that Walgreens didn’t have much input on the line. “They said to me, ‘If we come in and tell you how to do it, the magic is going to be gone. The whole point
of having Nonie is to bring the Nonie-ness.’”