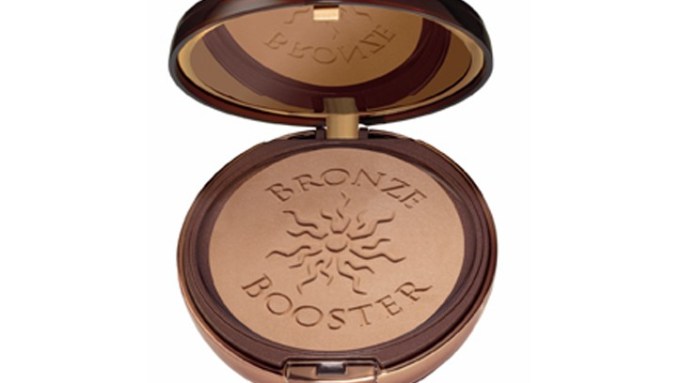 Physicians Formula is expanding its franchise portfolio with Bronze Booster, a three-item line that utilizes a new technology for powder bronzers, one that allows the user to grow her glow as she wears them.

“It lasts long and has long-term effects. It stops when you take it off, but as you wear it, there are glow-enhancing properties,” said Ingrid Jackel, the firm’s chief executive officer. She explained that the items aren’t unlike the concept behind Jergens’ Natural Glow, a moisturizer with self-tanning properties, which became a quick hit when it launched in 2005. The revolution here, she said, is that the technology is now available with powder-based products.

Physicians Formula, which also markets the Mineral Wear and Organic Wear franchises, introduced bronzers to mass in 1994 and is the leader in the bronzing category, said Jackel. Bronzers are an estimated $43 million category in food, drug and mass stores, excluding Wal-Mart. There are plans for Bronze Booster to realize three new products in 2010 and three more in 2011.

Bronze Booster hits shelves in March and includes a pressed powder, Glow-Boosting Pressed Bronzer, that is meant to provide a “buildable glow” for the user, and a Glow-Boosting Loose Bronzing Veil, which has a flow-through brush with a twist dial so the user can control how much powder is released. Designed to create a customized tan boost, both the Pressed Bronzer and the Loose Bronzing Veil contain “glow activators for triple-action bronze boosting,” which use kapi kacchu seeds and phospholipids, ceratonia siliqua and a vitamins C and E. The Self-Tanning Bronzing Veil uses a sugar-derived formula, including DHA Rapid and erythrulose, for quick, gradual self-tanning effects, as well as a caramel apple complex for color enhancing, and vitamins C and E to address skin’s clarity. Formulas claim to be stain free, streak free and odor free. Each item will sell for $14.95.

Jackel said no other mass market product offers this glow-boosting technology, but she did acknowledge that prestige brand Guerlain recently launched a powder with glow properties. However, the two have very different formulas.

Physicians Formula posted net sales for the first nine months of 2008 of $85.8 million, an increase of 10 percent for the same period in 2007. Citing ACNielsen data, the firm claims an 8 percent dollar share of the masstige market for the 52 weeks ended Oct. 4. Net sales for 2008 are expected to be between $120 million and $123 million, representing an increase of between 8 and 10 percent over 2007.

Jackel said the firm has been working on the new line for four years and that it has been challenging, as it is difficult to get certain actives to work in powder form.

New ads have been created to support Bronze Booster using the company’s tag line “Your Beauty. Our Passion. We Promise,” which will begin appearing in March beauty magazines for the upcoming bronzing season. Bronze Booster, which is packaged in upscale-type containers “to make sure packaging was at the right level for our masstige positioning,” said Jackel, will be merchandised in line within Physicians Formula’s mix, with its 50-plus bronzing items.