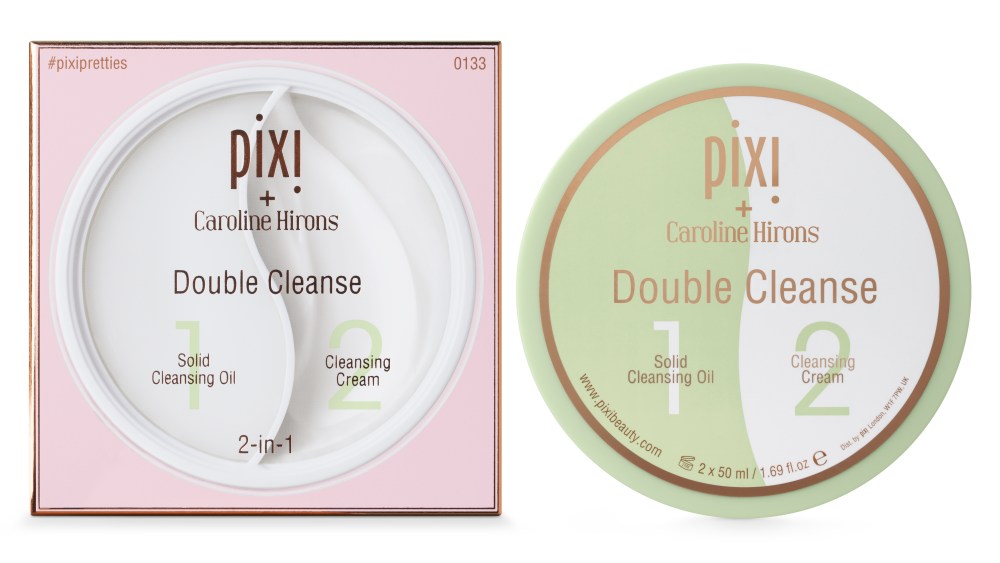 Pixi Beauty has teamed with Aspyn Ovard; Caroline Hirons; Judy Travis, better known as It’s Judy Time, and Maryam Maquillage, a self-taught makeup artist also called MaryamNYC, on a total of 11 products launching Jan. 15 on Target’s web site and filtering throughout the retailer’s network of stores by the end of the month. In a beauty segment increasingly crowded with influencer collaborations, the brand’s ensemble approach could give the products a chance to rise above the din.

“There have been one-offs, and we wanted to do something bigger, something better. By working with Target, who is amazingly supportive, we managed to pull this off as quite a small company. I don’t think there has been an initiative done at this scale,” said Felix Strand, vice president of digital and brand strategy at Pixi, adding, “This is definitely going to be one of our biggest launches ever.” The products will be sold at Marks & Spencer in the U.K. as well as Target in the U.S., where Pixi is exclusive to the mass-market retailer.

For the merchandise partnerships, Pixi sought out influencers that have unique perspectives on beauty, are passionate about the brand and have longstanding relationships with it through product seeding, events or other means. Strand described Travis as a busy working mother trying to look her best, Hirons as a British skin-care expert, blogger and role model for budding online gurus, Ovard as a young lifestyle vlogger with a penchant for clothes and traveling, and Maquillage as an enthusiastic beauty trend experimenter.

Travis’ products with Pixi are a 12-shadow eyeshadow palette dubbed It’s Eye Time for $24 and a 12-color lip palette named It’s Lip Time. Of the eye offering, she said in a statement, “I love having just one go-to eye-shadow palette for all occasions! This one contains all my favorite colors and effortlessly takes me from day to night.” She continued about the lip palette, “This palette is all I need with the most flattering pinky nudes for day or bold red and berries for a night out with my husband.”

An advocate of the double cleansing skin-care technique, Hirons joined forces with Pixi to introduce $24 Double Cleanse containing both a solid cleansing oil and a cleansing cream. Double Cleanse is the only skin-care entrant in the collaboration assortment. Maquillage’s lineup with Pixi includes the $14 highlight and contour brush duo Strobe & Sculpt Brush, $20 glow and bronze palette Strobe & Bronze, and $20 highlight and contour palette Strobe & Sculpt. The palettes each feature six shades.

Ovard cooked up four items with Pixi: $16 Glow-y Powder in the highlighter shades London Lustre and Santorini Sunset, and blush shade Rome Rose; and $16 Eye Accents kit with Lower Lash Mascara and Brow Tamer clear brow gel. “I always make sure my eyes stand out. The detail brush on this mascara is perfect to accent my lower lashes. The Brow Tamer keeps my brows in place all day,” said Ovard. Strand elaborated, “She [Ovard] loves the no-makeup makeup look, so we created the highlighters and blush for that look.”

Strand noted Pixi has experienced sales upticks in the past from influencers mentioning its products on digital platforms and expressed optimism about Target shoppers embracing influencer tie-ins in brick-and-mortar environments. “The beauty shopper in general is getting a lot savvier and a lot more interested in tastemakers and influencers,” he said. “We have seen this whole industry trend where a few magazines have folded, and there are a lot of big influencers taking eyeballs away from traditional media. It’s a natural progression for the beauty consumer to look to trusted influencers for not only advice, but now for products they have helped co-create.”