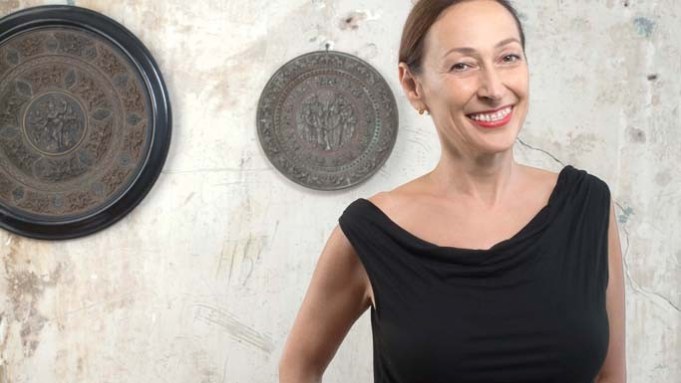 For celebrity makeup artist and founder of RMS Beauty Rose-Marie Swift, a lifetime of asking questions led her to look up—literally. Swift, who tends to famous faces including Gisele Bündchen, Miranda Kerr, Tilda Swinton and Zoe Saldana, is an avid astrologer, a makeup artist who is as likely to read the stars as she is to work on them. “I wanted to know why people acted the way they acted and did the things they did and why good luck happens to some people and not to others,” says Swift. She explains that a grammar-school fascination with uncovering childhood crushes evolved into an in-depth study of the stars and planets in her 20s, starting with her desire to understand the fashion world. “I began working with models, curious to explore some of their behavior patterns, why one would be famous and one wouldn’t be. It’s not just looks,” she says. “You look at their charts, some were being rewarded in this lifetime.”

According to Swift—who founded her organic color cosmetics company in 2008 and has worked as a makeup artist for more than two decades—astrology can help uncover her clients’ past, present and future, and even help them get closer to the meaning of life. “There are young souls with simpler charts and old souls which are more complicated,” she says, adding that she believes humans are reborn into this world to learn from their mistakes in previous lives. “It’s like going to school. Things keep happening until you get it.”

With an astrology clientele base that is as starry as those who clamor for her makeup artistry—she declines to name names, but says they include recognizable names from the worlds of beauty, celebrity and even royalty—Swift dishes out information and advice with the help of a natal chart, which tracks where celestial bodies were in relation to each other when a person was born. “It’s a road map to your soul. It’s like going into the server of the computer,” says Swift, who performs readings in her home, in her clients’ offices or even backstage at a fashion show. “There is so much information it’s mind boggling.” Swift says how much she involves herself in people’s lives, whether it be warning them of a doomed relationship or an impending career change, is a matter of instincts. “Astrology is very technical, but I have really strong intuition,” she says. “Difficulties are soul builders. It’s all energy. We’re all energy.” As far as her own chart, Swift says it perfectly aligns with her twin passions—cosmetics and the cosmos. “I’m Libra rising, which alludes to the beauty industry and my sun sign is Aquarius which means ‘future thinker,’” she says. “Everybody is intuitive. People just don’t pay attention to it.”