The brand has linked with Angel Merino and Jade Marie Chapman to spotlight its high-impact color-cosmetics merchandise. 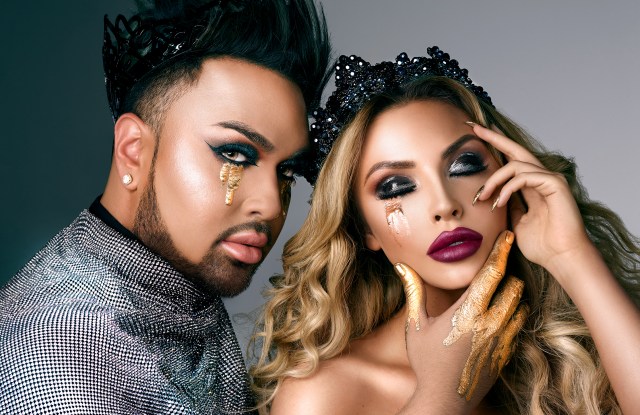 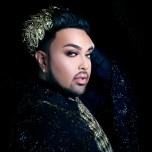 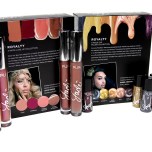 Pür has partnered with beauty influencers Angel Merino and Jade Marie Chapman to flaunt its fabulousness.

Known for complexion products, the cosmetics brand is spreading the word about its ability to deliver high shine and vibrant color with Merino’s Royalty Five-Piece Eye Polish Collection and Chapman’s Royalty Four-Piece Luxe Lip Collection. Industry sources estimate the collections, both priced at $42, will generate $500,000 in combined retail sales during the holiday season.

“We really thought Jade and Angel were two of the most glamorous influencers out there today, so we felt they’d be a perfect representation of the modern side of Pür that transitions from a fresh, flawless face for the day to a rich, glamorous look for the night,” said Tisha Thompson, vice president of sales and marketing at Pür. “We are a complexion-based brand, and that’s our DNA, but color is an eye-catching element that can bring consumers into the Pür family.”

Like many of Pür’s customers, Chapman and Merino are newcomers to the brand that’s over a decade old, but has been surging at an annual growth rate of 20 percent lately with the help of social media. Merino, who has 1.2 million followers on Instagram under the handle @mac_daddyy, guessed the first time he learned of the brand was less than two years ago as Pür was increasingly popping up on social media and became immersed in it in January of last year, when he along with several other influencers went on a trip with Pür to Cabo. Merino met Chapman, better known as @Jadeywadey180, on that trip, and they promptly struck up a friendship.

Also on that trip, Merino was introduced to Pür’s eye polishes, the products contained in his collection with the brand. “I was immediately obsessed with the formula, how it looked and how it performed, and I just wanted more. I literally was, like, ‘I need every single shade you have.’ That was great, but I needed more colors, so I developed things I felt were missing,” he said. “I have a gold shade that is more for everyday. There is a bronze shade and Silk, [an existing] shade that’s more Champagne. Then, for more dramatic evening shades, there’s purple and charcoal. When I started to wear them on social, everyone was freaking out.”

Merino had a strong connection to sparkle prior to linking with Pür. He founded the beauty brand Artist Couture to inject bling into beauty and is often seen adorned with its shimmery powders. “Once I started to post my looks on social media, there was a common dominator in the looks. I love dewy, glowy skin, and anything sparkly and shiny. It became my signature look and style. Anyone that identifies with that style and want’s that type of look, they look to me because that’s what I always do,” the 26-year-old makeup artist said.

Not shy in his makeup choices, Merino is not shy about being a role model for fellow men interested in makeup as well. “A campaign like the one I did with Pür where I am wearing makeup, it really shows the diversity that’s happening in this industry. I am so glad to be a part of that,” he said. “At one point in time, when I was younger, as much as I liked to play with makeup by myself at home, I didn’t have the confidence to leave myself or tell people I was into it, so being able to do this really paves the way for the younger generation to really and truly live their lives as and for themselves.”

Pür is the latest on a growing list of beauty brands prominently associating with men passionate about beauty. In just a few examples, James Charles is a face of Covergirl, and Patrick Simondac, aka PatrickStarrr, teamed with Sephora’s Formula X on nail polish shades and, in tandem with Manny Gutierrez, the social-media personality Manny Mua, has worked with Benefit Cosmetics. Gutierrez has created products with Makeup Geek and Ofra Cosmetics. “Makeup is all about self-expression, and it doesn’t have a gender barrier,” Thompson said. “It’s really a universal, unisex category, and we didn’t even look at [gender] as an issue at all.”

On top of its gender inclusiveness, Merino praised Pür for understanding the pace and the content that drives social media to build momentum for the collaboration. Leading up to the unveiling of the collaboration, Merino and Chapman revealed images on Instagram from the Royalty campaign, which feature the pair decorated in jewels and dripping in gold. On Nov. 17, the brand threw a party in Los Angeles teeming with influencers to magnify publicity around the products launching 11 days later. “It created a really big impact because everyone that attended the event was posting about it, Snapchatting about and talking about it. It wasn’t just me and Jade announcing it. It was us plus 50 others supporting us,” Merino said.

Merino and Chapman’s Pür products will only be sold on the brand’s web site. Thompson noted selling online allows Pür to swiftly release collaboration items. “With the retailers, you have to work so much further in advance, and you really have your cadence sometimes set a year in advance. These opportunities can come up and having the flexible to move fast and get to the market quickly, that makes sense for us for exclusives on our site. That’s not to say we won’t work with influencers for long leads ever,” she said, continuing that keeping the collaboration exclusively available online “gives a customer a reason to come to our site. We see that as a key strategy.”