MAC is introducing several different formats for its stores, including a youth format. 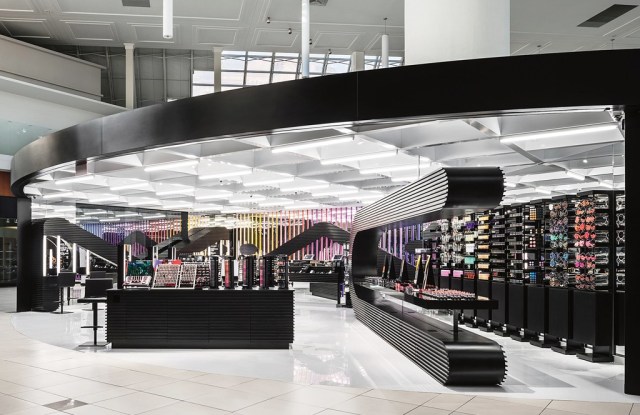 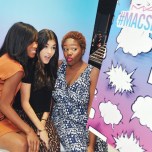 MAC Cosmetics is giving new meaning to the kids’ table. In its 1,000-square-foot youth-format store in Orlando, a 20-foot table shaped like an elongated letter C is covered with interactive tiles filled with products shoppers are invited to touch, smell and apply at their leisure. (Rounding out the brand name, a monster M holds product and a giant A serves as the cash-wrap.) The table, which provides 360-degree access to items across the makeup spectrum mixed together rather than separated by category, is the centerpiece of MAC’s efforts to attract Millennials and Generation Z. Throughout the store, the majority of the space contains mirrors and application tools to encourage product testing. “This customer likes to come in and hang out and play. We want them to spend some time with us,” says Karen Buglisi Weiler, global brand president of MAC Cosmetics. Millennial customers aren’t afraid of touting themselves on social media, and MAC is tailoring events to encourage that. The store’s opening event featured makeup artists dedicated to helping them perfect selfies; customers tried out their new looks by snapping themselves with singer Madison Beer inside a photo booth (as seen in the picture above). The store also has an animated LED screen, seven makeup stations and a 40-foot entrance that gives the space a fishbowl-esque feel. “We don’t want to be boring,” asserts Buglisi Weiler.

Homogeneity is certainly boring, and MAC is moving away from it in its retail strategy by introducing several different formats for its stores, including the youth format, a fashion authority template, and national and global flagships. “Isn’t it about relevancy?” asks Buglisi Weiler. “One store doesn’t fit all. A few years ago, that’s what we did. There might be a big store or a small store, but how we approached it was pretty much the same. Now, we understand our customer street by street, market by market. You have to be in the world of customization and relevancy now.” So far, MAC’s retail tactics appear to be working. Since the youth format opened in Orlando, industry sources report sales have been climbing regularly by 10 percent and are on track to rise 20 percent. The location is among MAC’s top-five performing stores in North America and could rake in more than $5 million in first-year sales. The next market to receive the youth-format MAC is New York, where a 930-square-foot store is scheduled to open by December in Union Square, perfect for New York University students looking to get their makeup fix. How not boring is that?