Revlon Inc. is getting a fresh start in the new year with the launch of ColorStay Minerals, a mineral makeup line, and a Limited Edition Collection. The... 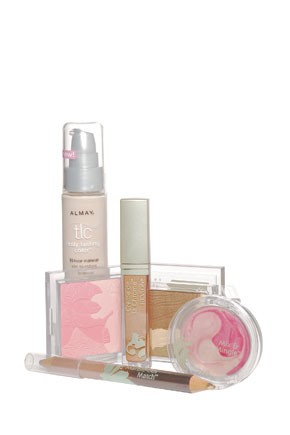 Revlon Inc. is getting a fresh start in the new year with the launch of ColorStay Minerals, a mineral makeup line, and a Limited Edition Collection. The company is also introducing new items in both the Revlon and Almay portfolios.

“We wanted to showcase the strength of our lineup on all fronts — capturing the trends while still offering unique innovation,” said Elizabeth Crystal, Revlon’s senior vice president of marketing.

According to Information Resources Inc., Revlon generated $551.3 million in sales in food, drug and mass stores for the 52-week period ended Dec. 2, a sales decrease of 1.3 percent compared with the previous year. Sales figures exclude Wal-Mart.

Although executives wouldn’t comment, industry sources estimate that the first-quarter launches including ColorStay Minerals, the Limited Edition Collection and other items will bring in about $24 million in first-year retail sales.

The company decided to capitalize on the mineral makeup frenzy, which has taken mass retailers by storm over the past three years with brands like Physicians Formula, L’Oréal Paris, Maybelline New York, Neutrogena and IsaDora.

Launching at the end of January in more than 27,000 food, drug and mass chains, ColorStay Minerals include long-wearing foundation and baked blush, bronzer and eye shadows. The baked mineral blush, bronzer and eye shadows are designed to create a soft, sheer and natural color that can be transformed into a loose powder. According to Annette Falso, Revlon’s vice president of product development, the baked technology allows a sheer soft color that adheres to the skin for long-lasting wear. Made from rose quartz, mother-of-pearl and topaz minerals, each of the 17 items in the mineral line contain patented ColorStay long-wearing technology designed to last up to 16 hours.

With products that are more expensive than traditional price points, items in the range retail from $8.49 for ColorStay Mineral Eye Shadow to $13.99 for the Mineral Blush, Bronzer and Foundation. The ColorStay Mineral launch will be supported with a television advertising campaign that will break in mid-March, followed by print ads in April books.

“We’ve seen a trend toward customizable artist expression and influences from the green trend,” said Crystal.

With multiple products offering three-in-one shades, the color assortment is inspired from nature and combines metallic shades with bright colors. The collection features Marble-ous Match Liner and Shadow Duo, a two-in-one pencil with one side a marbleized eyeliner and the other a cream eye shadow; Make-a-Sheen Lustrous Shadow, a powder eye shadow featuring three shades in one, featured in an embossed pattern, and Soft on the Eyes Sheer Loose Shadow, a four-color powder eye shadow set. Prices range from $9.99 for the sheer loose shadow and liner and shadow duo to $11.69 for the powder blush.

The company is also introducing Custom Creations Foundation, a two-chamber oil- and fragrance-free foundation that allows consumers to tailor the formula to match their skin tones. With two separate chambers linked to one pump, consumers can adjust the dial to any of the five settings to customize the shade whether they are looking for a lighter or darker color.

“Customers have always had problems matching their skin tones to foundations, so we wanted to find a way we can give them multiple choices all in one bottle,” said Falso.

Available in six different shades, the formula offers buildable coverage, lasts all day and contains SPF 15. Retailing for $13.99, the foundation will be available in shades ranging from fair and light to medium and deep. The Custom Creations Foundation launch will be supported by a print advertising campaign breaking in January books, followed by a TV campaign in February.

Additional launches include the line extension of Almay’s Makeup Remover Towelettes and TLC (Truly Lasting Color) foundation, which has a “good for you” positioning due to its blend of vitamins and antioxidants such as green tea, lemon extract and vitamin E to help nourish and protect skin. Designed to last up to 16 hours, the foundation also contains SPF 15.

Revlon is also relaunching its Almay Intense I-Color collection, offering a wider variety of shades that will intensify consumers’ natural eye colors. The I-Color collection will include a trio of shades, a liquid eyeliner and a volumizing mascara. The company also plans to introduce two new beauty tools, Crystal File and Vision Tweezer.