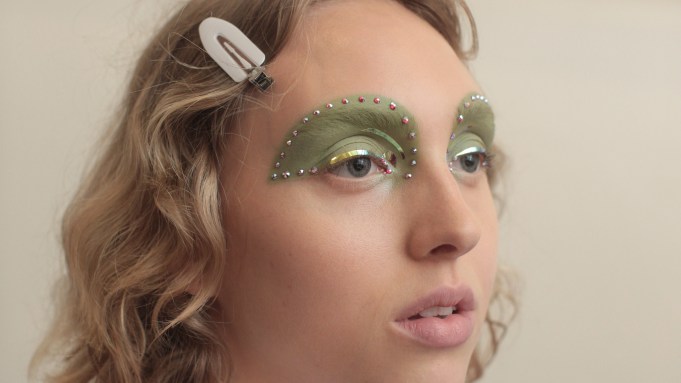 Makeup may be making a comeback, if New York Fashion Week beauty looks are any indication.

Makeup — especially at New York Fashion Week — has been extremely minimal for the past few seasons, with artists and designers favoring a next-to-nothing approach. In the past year, makeup sales in the U.S. have shown a similar trajectory, with many big name makeup brands posting double-digit declines. According to the NPD Group, prestige makeup sales in the U.S. were down 4 percent for the second quarter of 2016, to $1.79 billion.

Makeup’s resurgence for New York Fashion Week spring 2020 was characterized by multiple makeup artists as a way to bring a moment of joy and to celebrate individuality during a tumultuous macro economic time.

“When we have moments where there is a decent amount of economical, political strife, people get exhausted and eventually, they just need to have fun,” said MAC senior makeup artist Chantel Miller, speaking backstage at Sies Marjan.

The Essential Spring 2020 Makeup Looks From the Runways of NYFW

New Spring Hairstyles for 2020 From the Runways of NYFW