Too Faced Flirts With Basics

Too Faced is maturing along with its customers. 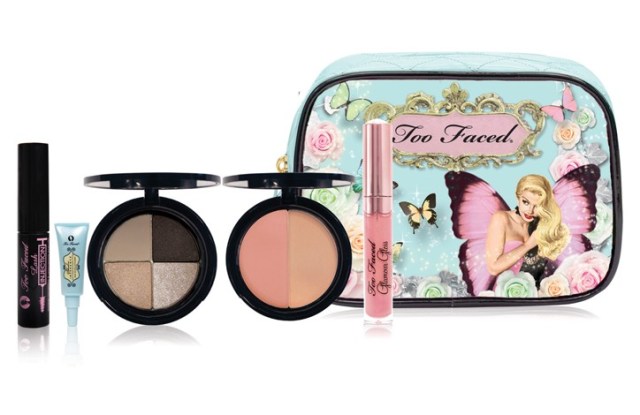 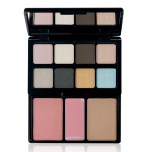 Too Faced, for basics?

The privately held Irvine, Calif.-based makeup company, established 12 years ago by Jerrod Blandino and Jeremy Johnson to add a dash of glamour — and pink — to beauty aisles during a period that spawned earnest makeup-artist brands packaged in black, is maturing along with its customers. To satisfy the demand for coverage often coinciding with that maturity, the brand is making significant attempts at building a loyalty-generating complexion business with its newest product launches.

“We are positioning ourselves to be a flirtier Bobbi Brown,” said Blandino. “It is that well-rounded, everyday cosmetic brand, but with us there’s a little bit more fabulousness.”

Shadows also complement Too Faced’s basics enterprise. Naked Eye Soft & Sexy Shadow Collection, a $35 grouping of nine nude shadows, is set for fall, a year after the Natural Eye Neutral Eye Shadow Collection hit the market. That earlier collection has become Too Faced’s best-selling product, only to be trailed by the eye primer Shadow Insurance, mascara Lash Injection and the original Primed & Poreless.

“These products are replenishment products,” said Blandino of the latest offerings. “They are not the glittery eye shadows that we started with.”

Lynda Berkowitz, who joined Too Faced as president in 2008 after holding executive posts at Bobbi Brown and Perricone MD, believes complexion can constitute 30 percent to 35 percent of Too Faced’s business within nine months to a year. Today, she said, eye makes up 60 percent, bronzers 15 percent and complexion (essentially just Primed & Poreless) 10 percent, and the remainder is mostly from lip and various accessories.

Too Faced “is coming into its own,” said Berkowitz. “It has broken out of just being fun.”

As it expands complexion, Too Faced is expanding distribution as well. In the U.S., where Ulta and Sephora are the biggest retailers for Too Faced, the brand will be in around 50 Macy’s doors in the department store’s Impulse concept and 17 Dillard’s doors by the end of the year. In Europe, Too Faced is largely reliant on Sephora, but has entered Boots. International sales account for about 20 percent of Too Faced’s total, according to Berkowitz.

Overall, she said Too Faced is up 30 percent over last year, and that this year would be its “largest in volume” and “most profitable yet.” Industry sources estimate the brand will generate $42 million to $43 million in 2010 wholesale sales or roughly $70 million to $72 million at retail.

“I’ve never seen growth like we are experiencing now for a brand that is [more than] 10 years old,” said Berkowitz. Added Johnson, “We are becoming a more important player in the four walls of stores.”