Too Faced Ends the Year on a Peach High

The makeup brand that smashed records at Estée Lauder and Sephora in 2016 is unleashing a series of peach products to finish out the year strong. 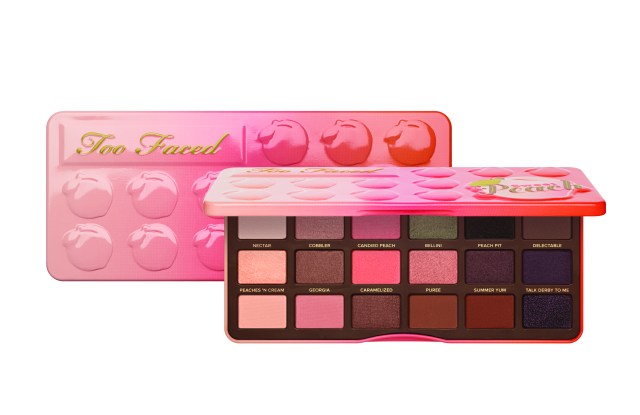 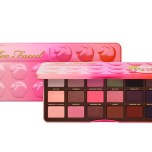 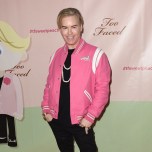 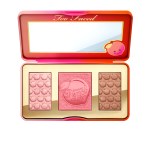 Jerrod Blandino has had a pretty peachy year.

Estée Lauder Cos. Inc. purchased Too Faced, the makeup company he founded with Jeremy Johnson, for a record $1.45 billion, the brand’s Better Than Sex mascara topped all other mascaras in sales at Sephora, it partnered with YouTube sensation NikkieTutorials and beauty mogul Kat Von D on products, and it’s bringing back the Sweet Peach Eye Shadow Palette, an item that sold out in minutes earlier this year. The palette’s return is set for Ulta Beauty, Sephora and Too Faced’s web sites on Dec. 14, when a peach-infused highlighting palette, blushes and lip oils will join it in a rush of product releases.

“Literally, it broke our Internet. It broke Sephora’s Internet. It broke our phone lines because so many people were calling. We never ever had anything like that,” said Blandino, discussing the palette during a peach-centered extravaganza last week that included a party at the Mondrian Hotel in West Hollywood, Calif., a brunch at the Polo Lounge at The Beverly Hills Hotel and a tour of Too Faced’s Irvine headquarters. “As soon as we understood the love, excitement and fervor that it created, and there was actually so many people who didn’t get it that wanted it, I pushed my team harder than ever to get it back as soon as we could because I felt bad that so many people didn’t get it.”

The $49 palette has 18 peach-scented shades varying from pink, coral and bronze to purple, green and brown. It will roll out to stores on Dec. 26 and the other peach merchandise hits shelves on Jan. 15. “During the summer when I was little in California, there were commercials about summer fruits, and I remember going, ‘That [peach is] the prettiest fruit I’ve ever seen. It’s just so beautiful.’ I was thinking of doing something modern about the sexy side of natural, and that’s what the peach is,” said Blandino. “There are so many beautiful shades in a peach.”

The peach products aren’t the only items finishing out the year for Too Faced. Its Better Together collection with Kat Von D featuring six Too Faced shadows, six Kat Von D shadows, Too Faced’s Better Than Sex mascara and Kat Von D’s Tattoo Liner is premiering on Dec. 26. “Where Kat Von D is concerned, she is somebody the world wants us to compete against, but we are great friends, and nobody needs to fail for us to succeed,” said Blandino, adding the brand would consider future collaborations “only if they make sense. It’s not even about the money for me. It’s about the message.” A partnership with Skinnydip London is on tap for next year.

In a question-and-answer session with beauty editors, Blandino let it slip that Too Faced is reimagining glitter in 2018. Early on its 18-year history, the brand made a splash with glitter eye shadows. Now, Blandino is tackling glitter eyeliner. “I created an eyeliner that’s fully glitter, but will peel off like latex rubber so it doesn’t get everywhere,” he said. “I don’t always want to do something better, I want to do it different. That’s how you change the world. You don’t change the world by doing it better.”

Blandino’s position at Too Faced as out-of-the-box beauty inventor isn’t shifting under Lauder. “I have creative control. Nothing’s changing, nothing. Leonard Lauder and John Demsey committed to that,” he said. “We are Too Faced through and through, 100 percent. We are just going to have wings that will take us around the world. It’s about a global presence. It’s about the energy and gas we need to go further.”

One change that will soon be happening at Too Faced, which is expected reach net sales of $270 million this year, is expansion into stores. Asked about whether the brand will be making its freestanding retail debut next year, Blandino responded, “I hope so.” Elaborating about why Too Faced has decided to do its own retail, he continued, “You just really get to show the truest version of you. It’s a Too Faced universe. It’s what’s in my head from the wallpaper to the floor to the products to everything.”