“This is the best work I’ve put out to date, period, both in the creative, in the storytelling, in the quality,” said Sharon Chuter, founder of Uoma Beauty, of her limited-edition cosmetics collaboration with “Coming 2 America.” The line is out today on uomabeauty.com.

“It was one of those things that just came up out of the blue, and I think it was really good of Paramount really deciding that, whereas most of the times with this kind of collab they always give to non-Black-owned brands, to go, ‘No, this is a story about Africa,’” continued Chuter, who has African heritage. “And they were very clear, ‘This is why we came to you guys. Because you guys curate culture and Black culture better than any brand we know, and we feel you are the only beauty brand that can do justice to this.’ It was so great to see a studio prioritize a brand that can get it right versus the biggest brand, because that’s what other studios do.” 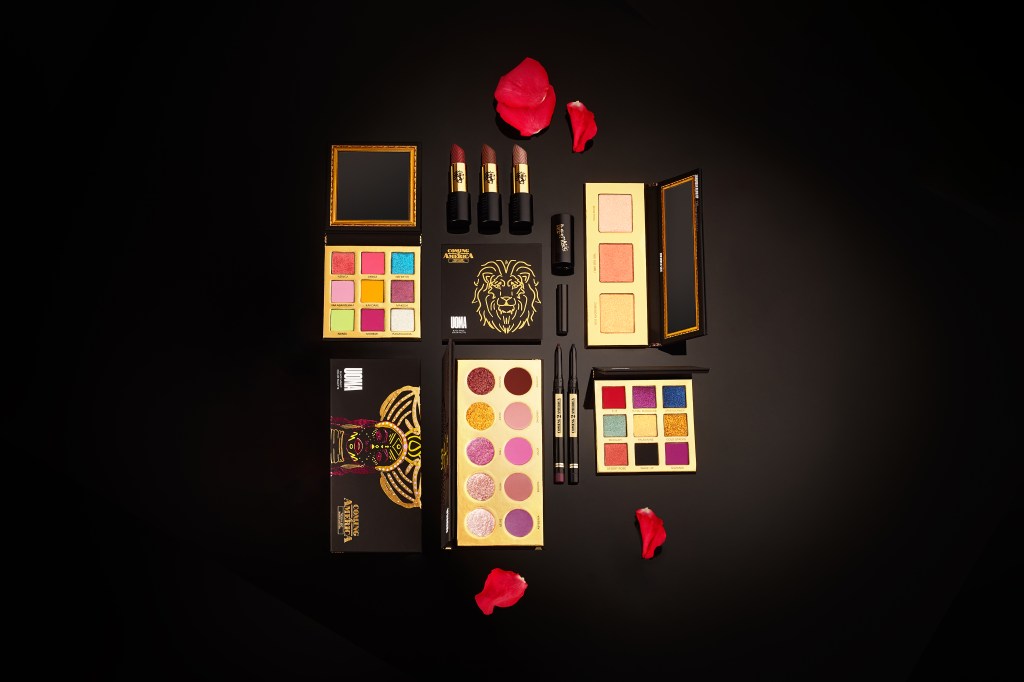 The new collection by Uoma Beauty in partnership with “Coming 2 America.”  Courtesy of Uoma Beauty

Creating the makeup line — three lipsticks in red, chocolate brown and peachy neutral ($22), two eyeliners in black and purple ($18) and four palettes (a large at $44 and two mini eyeshadow items in bold blues, pinks, golds and neons for $29 each, as well as the brand’s first highlighter shades, priced at $30) — was a personal experience that pays homage to the tribes of Africa, the Fulani tribe in Nigeria, Niger and Chad to the Ndebele, Aso Ebi and Aso Oke cultures.

“I want to remind everybody to celebrate the Black in beauty,” said Chuter. “[Africa] is a continent that is often overlooked, its glory overlooked, its story never told. It is the cradle of civilization. It is the birthplace of humanity as we know it. It is the birthplace of makeup. When it comes to royalty, we’ve had a royal heritage long and probably beyond other cultures. We are one of the oldest civilizations in the world.” 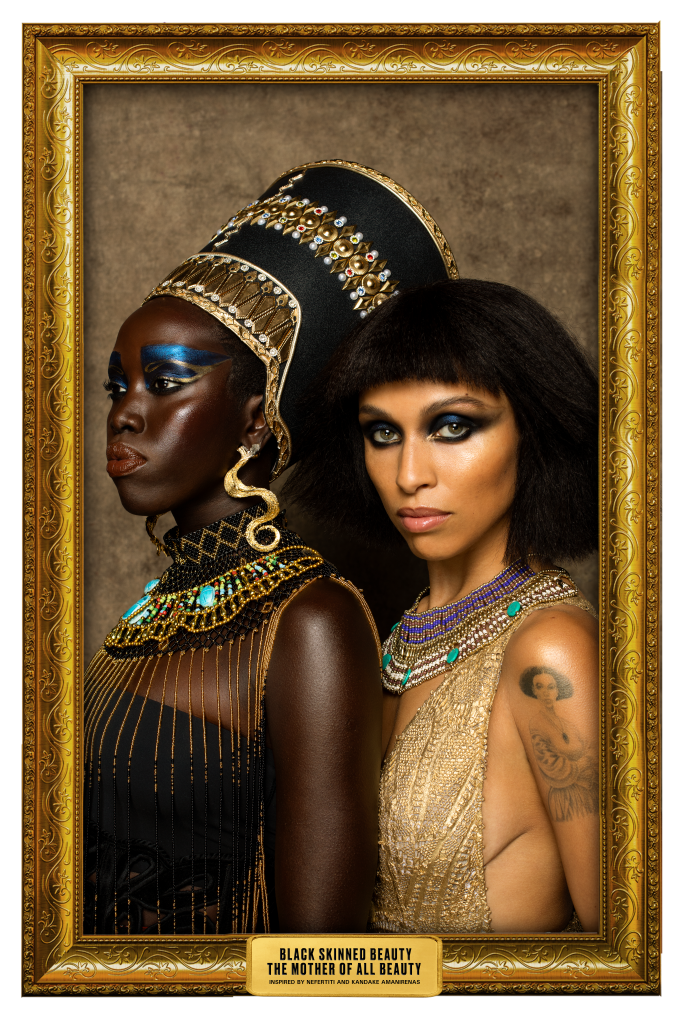 The ad campaign, produced by Sir John, Zerina Akers and Trevor Stuurman, features costume designer Ruth E. Carter’s original creations from the film. The images are inspired by queens and figures of Africa, including Amina, Yaa Asantewaa, Kandake Amanirenas, Nefertiti. Chuter makes an appearance herself alongside her mother.

“It is super personal to be able to dress up and make the world see me as I truly am,” said Chuter. “That was what was important for me in that shoot. I wanted the world to see the soul of me. I had never presented myself like that to the world in my local gear, dressed to the nines in it and sitting down with my queen…I hope everybody who comes in contact with the collection feels that through it, because it is so personal.”

The collection will also be available on ultabeauty.com, nordstrom.com and beautylish.com starting Friday. 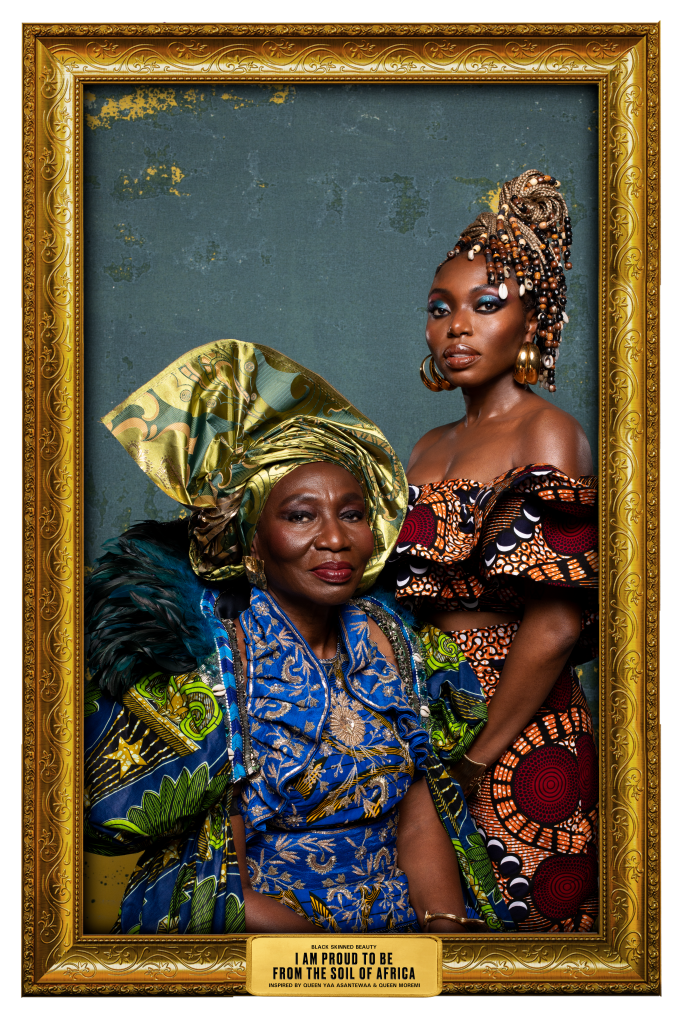 Sharon Chuter alongside her mother (left).  Courtesy of Uoma Beauty