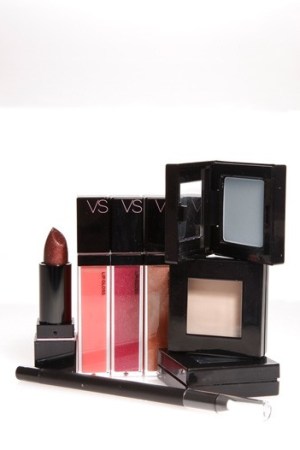 The collection — branded Christian Siriano for VS Makeup — is the opening salvo in the company’s August overhaul of its Very Sexy color cosmetics collection, said Shashi Batra, president of Victoria’s Secret Beauty. Very Sexy makeup, which will be rebranded as VS Makeup, launched in 2006.

“This is another layer over and above our basic fragrance-body care business,” said Batra. “We have a significant makeup business, which has been growing without much effort. We believe there is a significant opportunity in this area to pay close attention to trends and layer a lot more customers onto the big base we already have.”

Batra and other executives refused to discuss sales projections for the color cosmetics assortment, although industry sources estimated the updated VS Makeup line could do $55 million to $60 million at retail in its first year on counter.

“We’ve freshened the line to be more comprehensive, with more shades and more finishes,” said Jean Gordon, vice president of brand development, noting that the redone collection will launch in August with 180 shades. “A big influence comes from working with professional makeup artists — like Charlotte Tilbury and Polly Osmond during the New York fashion shows — and formulating professional yet easy to use cosmetics by tapping into their techniques. We’ve also listened to our consumers and broadened our shade range, so there are products for women of every shade.”

Added Natalie Ellis, senior vice president of brand development: “This line encompasses technology, updated packaging and great colors — and the best part is that everything is under $20.” The main line’s packaging has also been made over. Compacts are rendered in black, with pink Victoria’s Secret accents; other items are in clear tubes and jars with black tops and pink VS accents. Each item is in a carton with either a peekaboo window or a full-color image.

By contrast, Siriano’s limited edition lineup will be priced slightly higher than the VS main line. The collection includes five shades of eye shadow, each $14; black eyeliner, $12; three lip gloss shades, each $14; a bronzer-highlighter trio, $24; a face brush, $32, and a ruffled cosmetics bag, $16. Siriano’s items will be packaged in gold compacts with the Christian Siriano for VS Makeup logo engraved on top.

Siriano was chosen to do a limited edition collection because “he’s really establishing a close following, and we think he resonates with our consumer,” Gordon said. “His collection for us coincides with some of the looks he’s doing for his fall apparel collection — the blue of the Nile, for instance.”

Color cosmetics are available in about 700 of Victoria’s Secret’s 1,000 stores, and online at victoriassecret.com.

Batra is quick to point out Siriano’s project won’t muscle Heidi Klum’s makeup aside. “Heidi’s makeup has been a bestseller for us, and we will pulse those in as well,” he said. “We’re experimenting in various areas. That’s the advantage of being both the developer and the retailer.”