The collection, called GeoGirl, is designed to tickle the demographic's interest in green living and their obsession with technology. 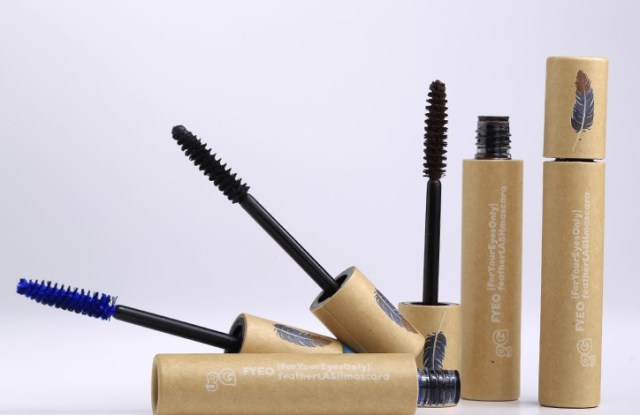 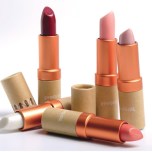 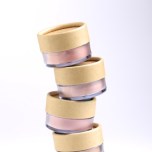 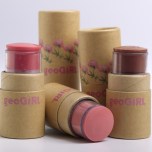 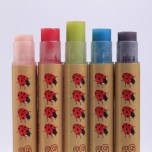 Wal-Mart is boldly passing a proverbial note to tweens: Do you want to be friends? Circle yes or no.

The big-box retailer is determined to befriend the next generation of beauty shoppers with a makeup and skin care collection designed to tickle their interest in green living and their obsession with technology.

The collection, called GeoGirl, is tailored for eight- to 12-year-olds, an age group that’s been tethered to a computer, cell phone or some such device since birth, but that’s also concerned and engaged with protecting the environment. Talk of green living is rampant in grade schools and on playgrounds. (Case in point, I recently overheard my seven-year-old niece lament the invention of cars, given “they run on gasoline and pollute the earth.”)

“GeoGirl is about teaching this generation about beauty care in a responsible way,” said Carmen Bauza, Wal-Mart Stores Inc.’s vice president and divisional merchandise manager of beauty and personal care, who said her niece — along with a host of tweens — provided feedback on the range. “This [line] is a great learning experience for us to determine how to communicate with this generation.”

This pack of vocal tweens has also shown its propensity to get their parents to throw down some green for the products they want. Tween buying power across all product categories is roughly $18 billion. In the beauty category, it’s $24 million, with lip gloss, eye shadow and mascara accounting for the bulk of spending, according to data from The NPD Group provided by Pacific World Corp., the maker of GeoGirl.

GeoGirl, beginning Feb. 21, will occupy the two feet of space in the 1,200 doors vacated by the Mary-Kate and Ashley cosmetics range, a former Wal-Mart exclusive that the retailer cut from the assortment last fall. The Mary-Kate and Ashley tween customer “has grown up and the brand started to deteriorate,” said Bauza.

“We had identified a blank space in the tween and teen space, a category that continues to grow,” said Bauza, referring to Wal-Mart’s interest in GeoGirl. Pacific World owns the trademark for the GeoGirl name in multiple categories, including fashion, hair accessories, music, video games and school supplies. “This is a brand that could be built into a lifestyle brand,” said Joe Fracassi, president of Pacific World.

For Pacific World, known for its nail care brands Nailene and Fing’rs, GeoGirl marks it’s first foray into color cosmetics. The Lake Forest, Calif.-based company intends for GeoGirl to be a departure from the toy-centered, playful tween cosmetics lines on the market. They may have been suitable for generations past, but word is that girls who are part of generation Z — or those born after 1990 — are looking for authenticity and purpose. GeoGirl is also billed as “mother-approved makeup” that appears bright and colorful in the package, but sheer on the skin.

“It’s the first door to beauty for the next generation,” said Joel Carden, executive vice president, marketing and sales for Pacific World. “These are real cosmetics with natural ingredients that will create return purchases and create a true beauty consumer.”

Formulas, designed for delicate young skin, contain natural ingredients, including white willow bark to exfoliate; chamomile, lavender and calendula to calm, and the antioxidants pomegranate and green tea. The formulas are free of parabens, phthalates, sulfates, synthetic colors and fragrances and other harsh ingredients. The products, housed in recyclable packaging, also are dermatologist and ophthalmologist tested.

Product names in the 69-item collection play off of texting lingo, for instance a lip balm with SPF 15 is called J4G (or for anyone over 25, Just 4 Grins), a cleanser is called T2G (Time to Go) and Bauza’s favorite is QTPi (Cutie Pie) Mineral Blush. Prices range from the $3.99 iCU (I See You) Liquid2Powder Shadow to the $5.99 TiSC (This Is So Cool) Body Mist. Marketing plans include an outreach to mom bloggers, online ads and the Feb. 21 launch of geogirl.com. The Web site will feature how-to videos (for example, how to apply blush to the apple of the cheeks) and information on how to make the world a better planet. It will also feature a promotion inviting girls to finish writing lyrics to a song composed by a yet-to-be-named, upcoming teen musical artist, said Janine Coppola, senior marketing director at Pacific World. There’s a philanthropic component as well, gg-Gives, which will donate a portion of net profits to a charity chosen by GeoGirl’s young customers. Girls cannot purchase products directly from geogirl.com, but they can place their favorite items in a virtual makeup drawer that can be e-mailed to parents. And the site will link to walmart.com.

GeoGirl will sell exclusively at Wal-Mart for at least one year, said Pacific World executives.

The line ties into Wal-Mart’s strategy to pepper its beauty assortment with exclusive, niche brands. Several years ago, Wal-Mart cleared room in the beauty department for former indie darling Hard Candy and helped re-create the brand. The retailer also is working with the mineral makeup brand Physicians Formula on an upcoming, exclusive beauty line, slated to launch in the third quarter. Last fall, Bauza said of Wal-Mart’s hunt for smaller brands, “We embrace niche brands as long as they have innovation and a point of difference.…We have seen a lot of smaller brands filling [the void] where the bigger brands are not going.”