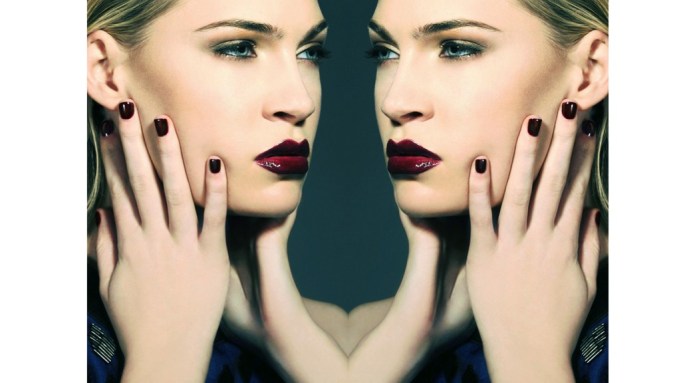 LONDON — What if you could put nourishing ingredients into nail polish and take out the toxins? That was the question that self-confessed “beauty junkie” Yvette Snowden asked herself before she came up with the idea for a line of nail varnishes that not only deliver high efficacy but are beneficial to the health of the nails as well.

Combining ginkgo biloba, argan oil and vitamin E in the formulation, while eradicating formaldehyde and DBP (dibutyl phthalate), the line launched in April with a collection of 16 colors, plus a base- and topcoat.

Late in 2012, Snowden — who has a background in luxury public relations and marketing, including a stint at Stella McCartney — was floating ideas for new beauty products with a friend who had just started working at L’Oréal when the idea for Eve Snow London germinated. Six weeks later, in time for Christmas, she had the formulation nailed and her first samples in hand.

“I drove up and down the country, from Ipswich to Sheffield, trying to find a supplier who could help develop the formulation and not have a minimum order of 5,000 bottles per color,” explained Snowden of the breakneck speed of the product development. “I wanted a U.K.-based manufacturer because I was determined that this would be a truly British brand. I’m very hands-on, and if Eve Snow was being produced anywhere else, it would be impossible for me to oversee all the steps in the process.” Snowden designed the brand’s logo and ginkgo leaf packaging herself.

Serendipitous timing meant that the launch coincided with a British Vogue feature on nourishing nail treatments, which in turn helped to secure early investment from Spark Ventures and Sir John Hegarty, cofounder of advertising agency BBH. Together her investors own 40 percent, and the remainder is held by Snowden and her family.

In a market populated with bells-and-whistles new product developments — suede, pearl, glitter and feather treatments, to name a few— the decision to stick to basics was a considered one. “I didn’t want to get involved in nail trends,” said Snowden. “My colors are highly pigmented, improve the health of the nail and really last. The brand is focused on the classic manicure. Even if she does experiment with trends, every woman will come back to a classic manicure because it suits every woman.”

A vibrant, true red called “Poppy” is the collection’s best seller, but Snowden said that nudes are also especially popular. This week she launched an exclusive green shade, called “Fenwick Bond Street,” at department store Fenwick on New Bond Street in London. The color was handpicked by Mia Fenwick, and the launch marks the first brick-and-mortar door for the fledgling brand. It is already sold online at Cult Beauty, Space NK and Quintessentially Gifts, and from November, Eve Snow will also be sold as part of Net-a-porter.com’s beauty offering.

The collection has grown to 28 stockkeeping units since its launch, and Snowden has plans to expand into color cosmetics and more specialty nail products, including a gel topcoat and a matte topcoat by early next year.

Looking into the future, Snowden has great ambitions to move into color cosmetics. “This is just the beginning,” she said, adding that she’s in talks with Sephora about a possible deal, and in the process of seeking a second round of investment to grow the business.

The brand declined to comment on first-year sales, but industry experts expect that it could make 100,000 pounds, or $162,000 at current exchange, at retail in the first year.